“After all that has gone on, people are ready for Sleepy Joe,” the billionaire allegedly told an associate 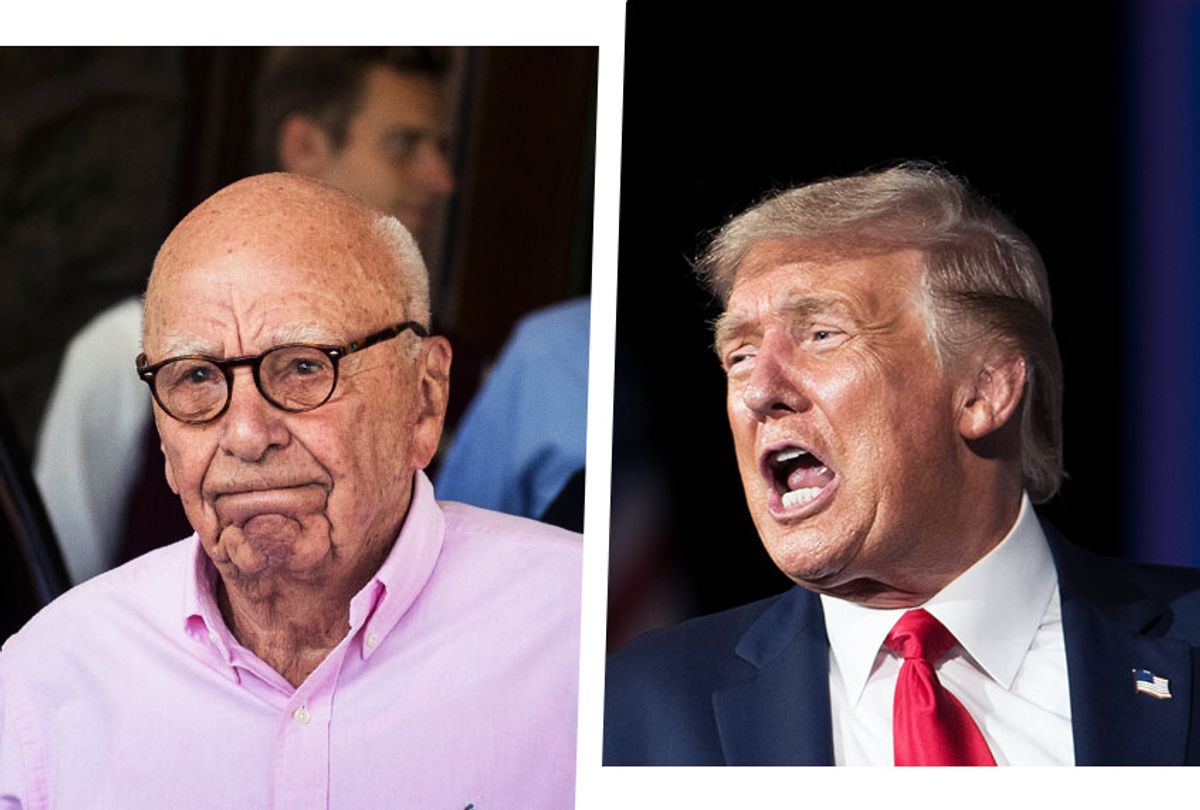 Rupert Murdoch, the billionaire owner of Fox News and an influential ally of President Donald Trump, believes Democratic rival Joe Biden will win the presidential election in a landslide, according to associates.

"Disgusted" with the response to the coronavirus pandemic, the media mogul has privately complained about the president's refusal to listen to experts, The Daily Beast reported on Thursday. (Fox News has fueled this problem, multiple studies show.)

Murdoch, whose embrace of Trump boosted the crass New York billionaire's ascension in 2016, now believes Biden will cruise to victory on Nov. 3.

"After all that has gone on," he reportedly told one associate, "people are ready for Sleepy Joe."

Murdoch's friends said the media mogul never took Trump seriously — and their relationship was born "out of business necessity," according to the report.

In fact, he publicly expressed a similar opinion early in the president's first campaign. One month after Trump threw his hat into the ring, Murdoch tweeted, "When is Donald Trump going to stop embarrassing his friends, let alone the whole country?"

The Beast reached out to Murdoch regarding Biden's chances and his opinion on Trump's handling of the pandemic. The media responded, "No comment except I've never called Trump an idiot." (The latter was a reference to a 2018 report from Michael Wolff's insider White House account "Fire and Fury," in which the News Corp chairman was quoted as calling the president a "f*cking idiot" following a discussion about immigration.)

One day earlier, a News Corp tabloid published a hotly disputed series of stories surrounding alleged emails between Biden's son Hunter and officials connected with the Ukrainian energy company Burisma. One expert told Salon that the incendiary work based on unverified emails was "a garbage fire story with obscene numbers of legal holes and flaws."

The Beast report matches a Vanity Fair story from September, which reported that Trump had "screamed" at Murdoch this summer over alleged "unfair" coverage of his administration from Fox News, which the president once viewed as an ally.

The "humongous blowup" came in a phone call, during which "Trump yelled that Fox's coverage is unfair and the polling is fake," according to Vanity Fair. "Sources who've spoken with Trump told me Trump thinks Murdoch wants him to lose," journalist Gabriel Sherman wrote.

Rupert's youngest son, James, gave more than $2 million with his wife to support Biden and other Democratic campaigns over the summer. Citing editorial disagreements, James Murdoch stepped away from the family empire in July. He still retains voting rights.

"I reached the conclusion that you can venerate a contest of ideas, if you will, and we all do and that's important," James Murdoch told The New York Times in a recent interview about his decision to leave. "But it shouldn't be in a way that hides agendas. A contest of ideas shouldn't be used to legitimize disinformation. And I think it's often taken advantage of. And I think at great news organizations, the mission really should be to introduce fact to disperse doubt — not to sow doubt, to obscure fact, if you will."

James Murdoch said those differences complicated editorial decisions to the extent that "it was actually not that hard a decision to remove myself and have a kind of cleaner slate."