Fox host tells South Carolina voters not to vote for Graham: "He has betrayed the American people"

"I don't know why anyone in the great state of South Carolina would ever vote for Lindsey Graham," Lou Dobbs says 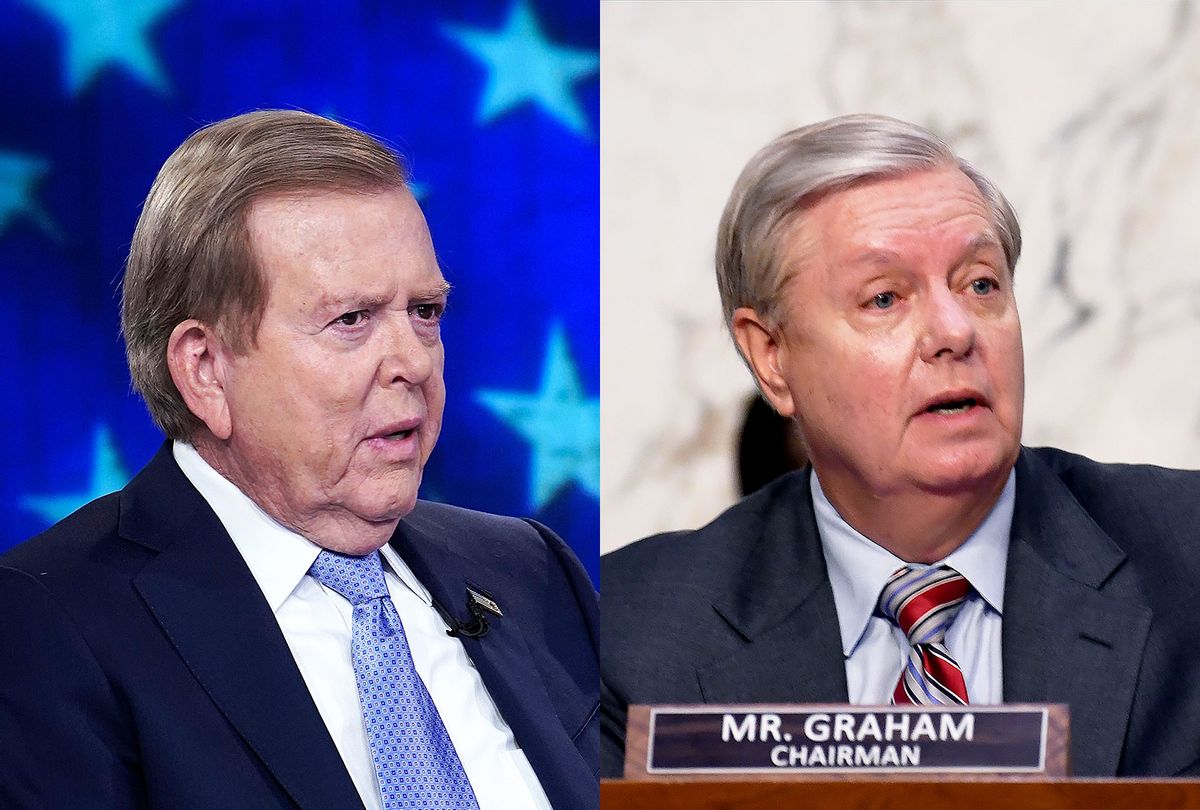 Fox Business host and indefatigable Trump ally Lou Dobbs ripped into Sen. Lindsey Graham, R-S.C., over the weekend, telling his overwhelmingly conservative audience in the final countdown to Election Day that he did not know "why anyone" would vote for a candidate who had "betrayed the American people."

"Just to be clear I don't know why anyone in the great state of South Carolina would ever vote for Lindsey Graham," Dobbs said on his Friday broadcast. "It's just outrageous. This is the guy who keeps saying, 'Stay tuned.' He said he was going to get to the bottom of Obamagate with the Judiciary Committee, which has been a year and a half, actually longer, of absolute inert — inert — response to these pressing issues of our day."

"Obamagate" is a reference to a widely discredited conspiracy theory alleging that former President Barack Obama ordered his administration to spy on then-candidate Donald Trump's 2016 campaign.

Dobbs then invoked President Trump's own words in a stinging series of critiques of the Republican senator, who a recent poll found trailing Democratic rival Jaime Harrison, a fundraising powerhouse, for the first time.

"I believe that the president's words about the senator then apply today," Dobbs said, reading Trump's remarks from a Feb. 17, 2016, campaign event in Graham's home state of South Carolina:

I think Lindsey Graham is a disgrace, and I think you have one of the worst representatives of any representative in the United States. I don't think he could run for dogcatcher in the state and win again. I really don't. Other than that, I think he's wonderful. He's one of the dumbest human beings I've ever seen. That guy is a nut job.

At the time, Trump was responding to Graham's prediction that the Republican Party would get "slaughtered" if Trump won the nomination.

Casting Graham as a turncoat on the Trump administration, Dobbs again invoked Obamagate as his sole example.

"Graham has betrayed President Trump at almost every turn. He has betrayed the American people and his oath of office," Dobbs concluded. "He's done absolutely nothing to investigate Obamagate, except to tell everyone stay tuned time and time again: 'Stay tuned.' Senator Graham needs to be tuned out in South Carolina."

Graham has found his campaign foundering in recent weeks under the pressure of Harrison's war chest and strong debate showing. A Morning Consult poll released Thursday showed Harrison ahead of Graham 47% - 45%, with 12 campaign days remaining.

"Lindsey Graham is scared right now, and he should be," campaign spokesperson Guy King told Salon in a statement. "As Lindsey scurries off to Washington to play another round of political games, our grassroots movement is catapulting forward. South Carolina is ready for a leader who will stand up and fight for them — something Lindsey Graham fails to do."

Harrison has sought to cast Graham as out of touch and divorce him from the interests of voters in the state, and that strategy appears to have yielded results. Graham's slipping poll numbers coincide with his return to Washington to chair the confirmation hearings for Supreme Court nominee Amy Coney Barrett.

Quinnipiac polls have shown the two neck-and-neck for months, and the pollster recently acknowledged that Graham was in "the fight of his political life." Election analysts at Cook Political Report recently shifted the race in the typical GOP stronghold to "toss-up."

"It's a jump ball at this point," a Republican strategist in the state told Cook. "Jaime is peaking at exactly the right time, and he's got a deluge of money. [Harrison] is blocking every pass there is from Republicans."

After one hearing last week, Graham, who has begged for cash in several recent Fox News appearances, was accused of illegally soliciting campaign donations in the halls of the Senate building.

"I think people in South Carolina are excited about Judge Barrett," Graham said. "I don't know how much it affected fundraising today, but if you want to help me close the gap . . . Lindsey Graham dot com — a little bit goes a long way."

After congratulating Harrison on a record-setting $58 million raised last quarter, he added: "I never felt better about my campaign than I do right now."