Sen. Lindsey Graham, who has voted by mail, claims the practice is prone to fraud

Graham sent out a mailer in May encouraging South Carolina voters to apply for mail ballots. But that was then 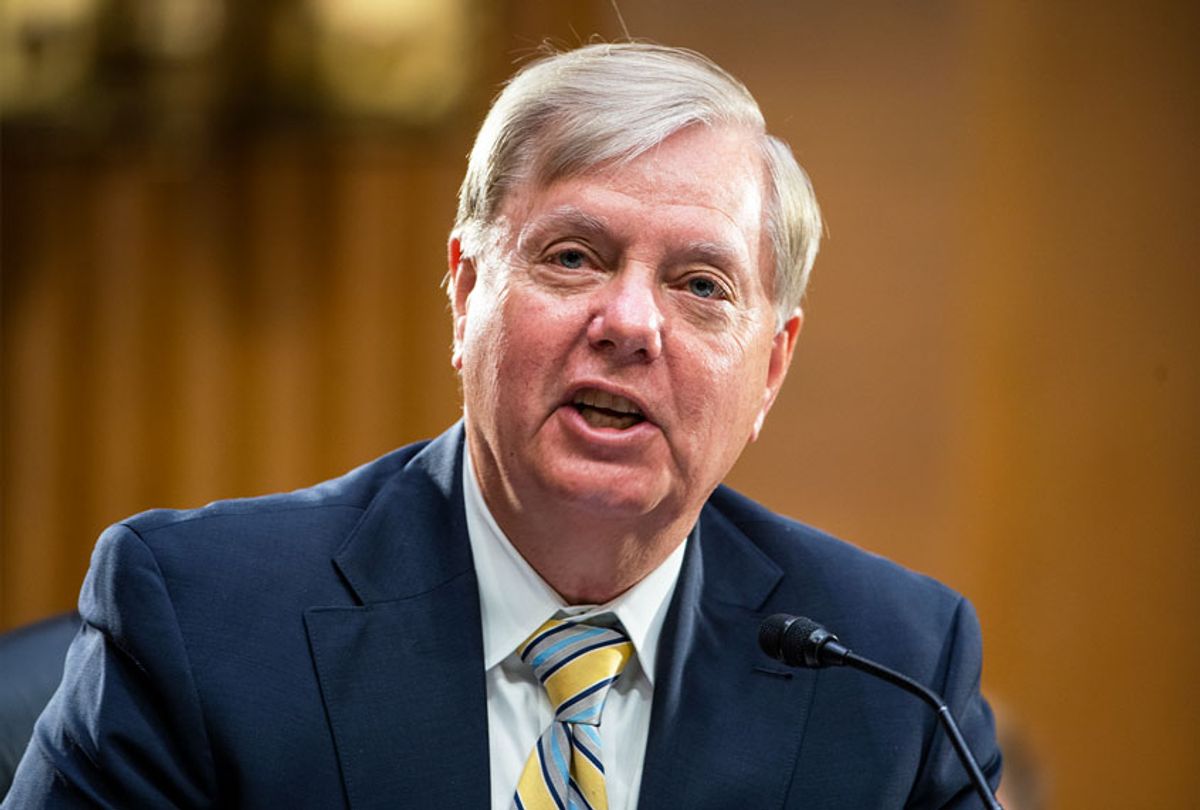 Republican Sen. Lindsey Graham of South Carolina has voted by mail at least four times, according to election officials in Oconee County, South Carolina, and voter records obtained by Salon.

Public records show that Graham has cast a total of nine absentee ballots since 2004, but South Carolina classifies "absentee" to mean both in-person early voting and voting by mail. After Salon's review with Oconee County election officials, it appears four of those absentee ballots were cast by mail.

The three-time incumbent and chair of the powerful Senate Judiciary Committee has found himself unexpectedly neck-and-neck in the polls with underdog challenger, Jaime Harrison, former chair of the South Carolina Democratic Party. Though opinions about mail ballots fall largely along partisan lines, with Republicans generally arguing for restrictions, leaders in a number of deep-red states have expanded mail voting options. States that have done so have reported surges in voter turnout, which tends to work in Democrats' favor.

Graham campaign spokesperson T.W. Arrighi told Salon in a statement that while the senator endorses absentee mail-in voting, he does not support a nationwide expansion, claiming falsely that it would make "ballot harvesting" legal.

"Senator Graham has always supported absentee voting, either in-person or by mail. In fact, Senator Graham often votes absentee due to his travel schedule, including this past June 1 when he voted absentee in-person at the Walhalla Election Commission," Arrighi said.

"However, Senator Graham does not believe in a national vote-by-mail system — in which tens of millions of Americans are mailed ballots, and ballot harvesting is legalized. A system like that is rife with ballot security and fraud issues," he said.

"This is classic Lindsey Graham: Say one thing and do another," Harrison campaign spokesperson Guy King said in a statement provided to Salon. "He thinks vote-by-mail is good enough for him, but not for South Carolinians trying to make their voices heard in a way that keeps their families safe."

"It smells of desperation, and it's yet another sign that Lindsey is beginning to panic and lose confidence in his chances this November. Voters here are fed up with this blatant hypocrisy, and are ready for a leader like Jaime Harrison who has a backbone and will act based on conviction, not political convenience," King added.

The Harrison campaign did not reply to Salon's questions about Harrison's own voter record.

Election law expert Rick Hasen debunked voter fraud fear-mongering in a Washington Post op-ed published this April. He pointed to a study conducted by News21, a national investigative reporting project that tracks election fraud, which found that absentee ballot issues comprised about 24% of election fraud prosecutions between 2000 and 2012, making it the most common type of election fraud. But even that is greatly deceptive: As Hasen wrote, "the total number of cases was just 491 — during a period in which literally billions of votes were cast."

Though Graham opposes a national expansion of voting by mail, his own campaign has actively and personally encouraged its expansion in South Carolina. Ahead of the state's primary election this June, Graham's campaign distributed mailers urging voters to register absentee.

"Vote conveniently from home," the mailer reads, opposite a picture of a silver-haired senior couple.

"Voting Absentee is the simple alternative to voting at the precinct," it continues. "Let your voice be heard loud and clear over a cup of coffee from the convenience of your own home."

The mailer, which the campaign sent out in May, includes two detachable cards pre-addressed to the Graham campaign and headlined "I WANT TO VOTE BY MAIL," which voters can use to request an absentee ballot application.

The brochure also features a picture of Graham standing next to President Trump, who the month before had tweeted, without providing evidence, "Mail in ballots substantially increases the risk of crime and VOTER FRAUD!"

An Oconee County election official told Salon that most voters in Graham's precinct are 65 or older, making them automatically eligible for mail voting. The state requires voters under 65 to provide a legitimate reason for a mail-in ballot. Older voters historically tend to skew conservative.

Mail-in ballots have become a political flashpoint in recent months, as the pandemic has sent state and local leaders scrambling to ensure that elections could proceed safely.

A major mail ballot snafu in New York City involving postmarks has led the board of elections there to scrap about 12,500 mail ballots in the 12th congressional district's Democratic primary, a close race between incumbent Rep. Carolyn Maloney and challenger Suraj Patel. The hangup is a massive black eye for the Democratic-led state, and has raised serious concerns about the viability of expanded mail-in voting with a strategically impeded Postal Service, as well as cries of disenfranchisement. Trump seized on the issue this week, claiming baselessly that the vote was "rigged."

Graham joins a number of prominent Republicans who have pushed false conspiracy theories about the security of voting by mail, only to be revealed later as having cast mail-in ballots themselves.