In his new series Steve James presents Chicago as a microcosm of America: multicultural, divided, lovely and broken 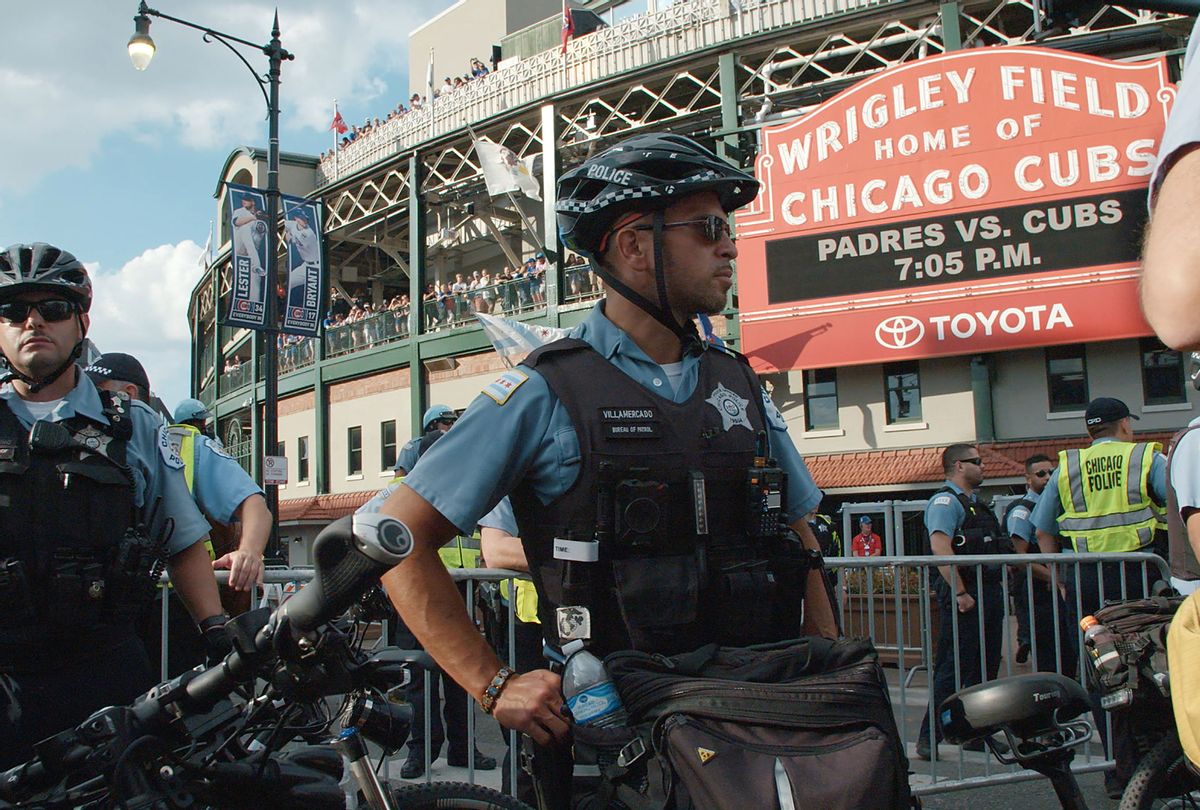 A Chicagoan's hometown pride is uniquely stalwart. No matter where we move to or how long we're transplanted in that new place, many of us still defend the city's grand institutions like the Cubs, deep dish pizza and hot dogs dressed with mustard, onions, celery salt, neon green relish, a pickle spear and fresh tomatoes. (Ketchup is for heathens.)

Unless you understand all that, the specific appeal of the Nat Geo/Hulu series "City So Real" might escape you or any viewer who hasn't lived there or a place like it – which is to say, a multicultural urban quilt comprised of worlds within neighborhoods, separate and unequal.

Documentary filmmaker Steve James examines city's entrenched socioeconomic inequality in his extraordinary Starz series "America to Me," although in that project James and his team filter the experience through a neighborhood high school that sits at the crossroads of a wealthy white area and a poorer Black neighborhood.

In contract, "City So Real" is a panoramic view designed to convey the massiveness of Chicago on a grand scale, and while the backbone of the plot is built around the 2019 mayoral election it's also an experiential tour through an American city whose identity is changing even as many aspects of its identity remain unchanged.

This refers to the charming parts and the hideous ones. Chicago is the home to sports dynasties and longtime beloved losers, to a jewel of a skyline, to a lakefront that on a warm summer day glimmers with the glory of a sea. But it is also highly segregated, racist and an example of the widening chasm between rich and poor, exacerbated by political corruption that's hastening gentrification and pushing long-term residents out of its heart.

James tells the story of Chicago as it is through the voices of the people who live there, bouncing between the North, South and West Sides – Lake Michigan is East – and following the parallel chronologies of the election and the murder of Laquan McDonald, a teenager shot 16 times by a Chicago police officer. A number of the 17 candidates seeking election lead their own subplots, but so do working people and power brokers.

The camera takes viewers into the fancy places and private dinners where longtime movers with the city's vaunted political machine court the donor class and into neighborhoods where characters possessing big reputations but less sizable bank accounts do what they can to break into the game.

In this respect its five episodes behave as a case study in the dirtiness of politics and the undaunted hope of upstarts and longshots who do what they can to interrupt the cycle. Mayoral candidate Garry McCarthy describes the political process as "anointing" a mayor as opposed to electing one, invoking a famous phrase: The Chicago Way. He says this with a note of frustration even though as the former police superintendent fired for mishandling the McDonald case, he was a beneficiary of that way.

The eventual ascent of Lori Lightfoot to the Mayor's office, depicted throughout the series, show that it's possible to break into exclusive and exclusionary political systems – although the finale, which revisits many of the subjects seen in the first four episodes in the wake of the pandemic, shows the other side of being a politician who lacks deep connections.

Where "City So Real" comes alive is in the scenes that depict how similar a city's population in when it comes to what we love about where we live – our devotion to sports teams, the social cohesion offered by our local gathering places. We see how similar Halloween looks like in mostly white Portage Park on the Northside and integrated but majority Black Hyde Park on the South Side and Pilsen, a predominantly Hispanic neighborhood on the lower West Side. The only difference is that all the children on the North Side are white, and the Hyde Park kids are Black. Pilsen, meanwhile, celebrates with a parade featuring indigenous dancers and Day of the Dead regalia.

These cinematic excursions running parallel to the dueling narratives of justice system corruption and the mayoral race allow "City So Real" to function as a chronicle of how America fails to process its race and class relations in general. But they can be incredibly depressing (if not at all surprising) to witness. For instance, while demonstrations surrounding the prosecution of Chicago Police Officer Jason Van Dyke, the cop that fatally shot McDonald, encapsulate the furor of the city's Black community, James talks to blissed-out North Siders who are barely even aware of who Laquan McDonald is or what happened. They smile kindly for the camera and admit they're not really into news.

At Sideline customers have loud, impassioned discussions about systemic racism, and its owner even slaps an incredibly offensive and incendiary label on a customer who is waiting to get a cut. But everyone takes everything in stride – the man, a post office worker chided for working within the same system that has its boot on the neck of Black people nationwide, sits down in the shop owner's chair and gets his head done up right.

Then we cut to Joe's Street, where the regulars aren't bothered about anything and only obliquely reference minorities. Later on in the post-COVID episode of "City So Real," in the wake of George Floyd's murder, one of Joe's genial regulars gruffly offers he's not surprised by the riots, since that's what always happens "when one of 'them'" gets killed. Moments later another customer pops off with a rant that skips coded language and leaps straight to the epithets. (It bears mentioning since he's filming this exchange that James is white.)

This approach could make "City So Real" seem scattershot to viewers accustomed to concise, narrow and linear stories meant to evoke a city. This isn't entirely off base, and there are corners of this series in which the filmmaker's sweeping ambition to encapsulate as much of Chicago in all its beauty and blight gets the better of him. On the other hand, by apportioning as much grandeur and artistry to the green weeds in blank lots in poorer neighborhoods as he does to the grand architecture of Gold Coast area buildings, James creates in this series the feel of an honest romantic letter to a difficult mate.

"City So Real" gets its title from a quote uttered by Tim Tuten, one of the owners of The Hideout bar, the quintessential local place situated in the North Branch Industrial Corridor, close to the wealthy neighborhood of Lincoln Park. The Hideout is a piece of local history that dates back to the late 1800s, and Tuten proudly claims it was writer Nelson Algren's bar of choice.

In one of his definitive works, "Chicago: City on the Make," the author likens his love for the place to "loving a woman with a broken nose, you may well find lovelier lovelies. But never a lovely so real."

Now that the Hideout is threatened by the 50-acre, multibillion dollar construction called Lincoln Yards which is set to be located directly across the street, we see Tuten and his wife Katie head into a public hearing in the hopes of dissuading the city from approving the permits required to construct it. Pointing to a city hall mural featuring the elegant metal and glass skyline towering over the squatter brick buildings of old Chicago, Tuten admits, "We know that we are going against the captains of industry. But we know that in Chicago, Never a city so real, alright? . . . We fight above our weight class in Chicago."

That declaration's poetry is beyond compare. Chicago being what it is, Tuten's underdog optimism soon crashes into the city's big shouldered machinery. "I presume this is going to pass," says another voice in the city council chamber, "because anybody who has $5 billion to throw around will get their way."

This, too, is the reality of Chicago.

City So Real" premieres all five episodes Thursday, Oct. 29 at 7 p.m. ET on Nat Geo. The full series will be available to stream on Hulu Friday, Oct. 30.