Carlson implied he was the target of a deep-state plot when "damning" documents went missing. Then UPS found them 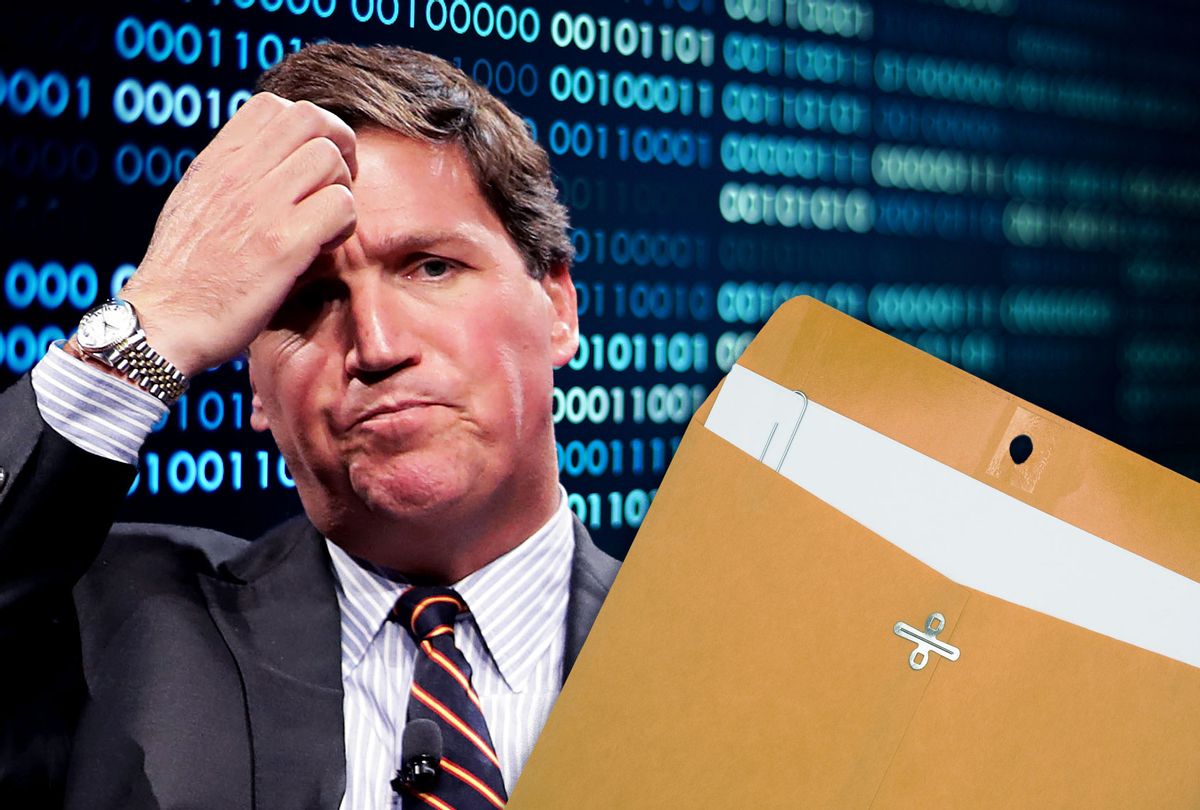 Fox News personality Tucker Swanson McNear Carlson is being widely mocked after regaling viewers of his top-rated cable news program on Wednesday with a bizarre, evidence-free tale of deep state-style espionage directed against him by unknown forces who allegedly stole a sheaf of top-secret documents with "damning" information about the Biden family, as it was in transit to him via UPS.

Carlson can now rest assured: On Thursday morning a UPS spokesperson reported that the company had found the missing contents.

"After an extensive search, we have found the contents of the package and are arranging for its return," the spokesperson said by email. "UPS will always focus first on our customers, and will never stop working to solve issues and make things right. We work hard to ensure every package is delivered, including essential goods, precious family belongings and critical healthcare."

Carlson, however, immediately denied the claim in a text message to me as "not true." I sent him a screenshot of the email and followed up, but he has not replied.

Carlson told his audience Wednesday that a producer in New York had received the documents Monday from an unnamed source, and overnighted them to Los Angeles with a popular commercial shipper, later revealed to be UPS. But Carlson said that UPS informed them Tuesday morning that "the package had been opened and the contents were missing — the documents had disappeared."

UPS did not offer any details about what had happened to the package.

Carlson, however, had implied that the snafu had been a plot to steal the Biden documents before he could broadcast them to the world. Though the host was widely mocked for claiming to have lost history-shaping documents without having them copied first, he actually never said that.

When I asked him about that in a text later that night, he told me that "of course" he had made other copies.

"Hi, Tucker, it's Roger," I wrote. "Did you make copies of those documents? Or did anyone take photos?"

"Of course," Carlson replied. "The point is, someone's reading our texts," he said, suggesting that the package was intercepted because his communications were being monitored.

This struck me as a wild claim. Carlson and I have no rapport; I have his phone number because he called me once in July about a story I was doing. We have spoken only that one time. When I then asked if he would be willing to share the copies of the documents with me, he replied, "Which Roger is this?"

Notorious GOP trickster Roger Stone later said in a text that, while his relationship with Carlson goes back 30 years, he had played no role thus far in the Hunter Biden smear fiasco.

Stone did acknowledge to Salon that he had sent Carlson a "congratulatory text" following Carlson's Monday night interview with Tony Bobulinski, a former Hunter Biden associate who claims to have damaging information about the family. In July, President Trump commuted Stone's sentence on seven felony counts.

Republican operatives and Trump allies have spent nearly two years trying to make corruption allegations against Hunter Biden and his father stick with the American public. They appear to have failed in that regard: A recent poll shows that Americans find Biden more honest than Trump by a margin of 54% to 37%.

In fact, probably the most tangible result of the effort so far has been its spectacular, history-making backfire last year, when the plot led directly to Trump's impeachment by the House of Representatives.

The second wave of attacks this year does not appear much more successful. Trump's supposed personal attorney, former LifeLock spokesperson Rudy Giuliani, distributed contents to journalists of what he claims are the contents of Hunter Biden's old laptop. The FBI has reportedly now opened an investigation into those contents as being part of a possible Russian intelligence operation designed to influence the 2020 election.

Both writers credited the New York Post's original article about the Hunter Biden laptop had previously worked at Fox News, Carlson's network, which rejected Giuliani's pitch on the laptop, citing credibility issues. One of those writers, a former associate producer for Trump "pillow-talk" confidant Sean Hannity, had posted Instagram photos of herself with former Trum campaign CEO and White House strategist Steve Bannon, who shared a middleman role with Giuliani in the laptop's origin story.

That same writer has also posed for photos with Roger Stone.