Presidents presiding over recessions usually lose in a landslide. Why didn't Trump?

Incumbents are usually punished by voters for economic crises of this magnitude. Not Trump 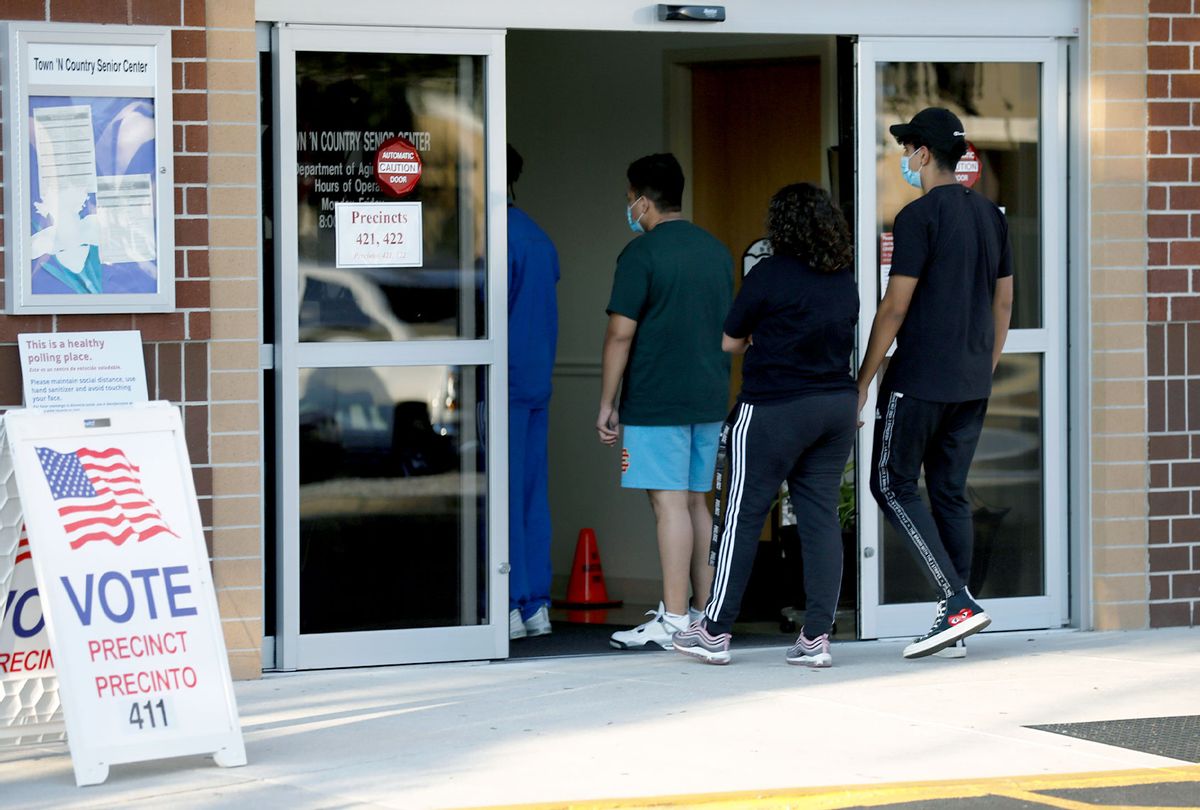 It is something of an axiom in American presidential election years that if the economy is in poor shape, the incumbent party will lose. And indeed, as Americans cast their votes earlier this week, the United States was facing a recession largely due to President Donald Trump's bungling pandemic response — while what little economic recovery had occurred since its dawn primarily benefited the upper class.

As of writing, it seems Biden is favored to win, although the election is not yet called. Yet the fact that the race is so close — indeed, the candidates are virtually tied — belies this old political adage.

So what happened? Is the economy no longer the main concern for presidential voters, or was this year a special case?

Interestingly, exit polls show Trump still received significant support from economy-minded voters, meaning many voters still see him as "strong" on the economy despite economic data to the contrary. Perhaps the pandemic situation is seen as a special case.

Or perhaps Joe Biden was not perceived as strong on the economy — or as doing anything to help struggling Americans.

"Trump is an extreme blabbermouth," Dr. Richard D. Wolff, the professor emeritus of economics at the University of Massachusetts Amherst, told Salon. "He's offensive. I get all that. But out of his mouth comes what significant groups of our society want to hear, so he can achieve the normal Republican goals — which is an alliance between the servants of big business and enough members of the employee class to get them into power — so they can serve big business. That's the game."

Wolff contrasted this with the Democrats.

"Big business shells out the bucks and the Republican Party uses it to win the offices that will then give to their constituents — anti-immigration, white supremacists, gun lovers, abortion haters, and everybody else they can collect — give them what they want, and then you have the deal," Wolff explained. "The Democratic Party is caught in a contradiction that it doesn't want to face. It goes to the same corporations and rich people for money, and they get money, but then you can't [be] the champion of the employee class because what the employee class wants is a direct threat to big business and the rich, and so you're stuck."

As a result, Wolff believes that Biden took moderate positions on many issues, being caught in this "contradiction." That, Wolff says, may have cost him voters.

As Wolff noted, one secret to Trump's success is that he is enlivening various members of his base — something that Biden, in contrast, didn't really do. "[Trump] is giving to the evangelicals more of what they want. He's giving to the white supremacists more of what they want, more than all the previous Bush-type Republicans ever were . . . . he has strengthened and rallied the collection of people Republicans always had — the gun enthusiasts, the opponents of abortion, all of that — only he's made them more happy and more enthusiastic because he differentiates himself from the other Republicans precisely by being extreme."

Whereas Biden, Wolff opined, is "milquetoast. . . . Whatever policy gets behind, he does it moderately. He has always done that sort of thing unless it's something where this is no opposition, like beating up on the Chinese or the socialists or whatever it is that has no political costs."

Wolff is not the only economic expert who has argued that ostensibly liberal parties suffer when they fail to support bold measures to help working-class voters. In 2018 French political economist Thomas Piketty wrote a paper which explained that parties claiming to be left-wing do not perform as well when their supposed support for the working class clashes with the perception that they are elitist. While the Democratic Party in the United States and its closest counterparts in the United Kingdom and France (the Labour Party and Socialist Party, respectively) did well in the 1950s and 1960s when "the vote for left-wing (socialist-labour-democratic) parties was associated with lower education and lower income voters," over time those parties "become associated with higher education voters."

As a result, Piketty wrote, these countries developed a system of "multiple-elite" parties where "high-education elites now vote for the 'left,' while high-income/high-wealth elites still vote for the 'right' (though less and less so)." This has led to rising income inequality and the inability of democratic institutions to effectively address it. Just as ominous, it has paved the way for right-wing populists like Trump, Nigel Farage in Britain and Marine Le Pen in France.

"Without a strong egalitarian-internationalist platform, it is difficult to unite low- education, low-income voters from all origins within the same party," Piketty observed.

Other economists who spoke to Salon agreed that voters were concerned about the economy, yet somehow did not blame Trump.

"The pandemic tanked the economy, but many Trump voters didn't seem to blame the president for that, seeing it more as an act of God or China's fault," Dr. Gabriel Mathy, a macroeconomist at American University, wrote to Salon. "The economic recovery since 2009, while slow, has been steady, and resulted in one of the hottest economies before the pandemic. Trump's tax cuts that benefitted corporation and the very wealthy also boosted the stock market beyond the strong economy, and people's 401k's were doing well. So I don't think that there's much Biden could have done: voters reward incumbent Presidents for strong economic performance, and Trump didn't seem to take much blame for the current recession."

He added, "Presidents are also rewarded for stimulus packages, and Trump was president when the CARES Act was passed, which was insufficient but still one of the most ambitious stimulus packages in US history."

Another economist who spoke to Salon echoed Mathy's views.

"Even years from now sweeping claims about what cause this election's outcome will be largely guesswork," Dr. Karl Widerquist, an American political philosopher and economist at Georgetown University's Qatar campus, wrote to Salon. "It is possible that large numbers of people blame COVID-19 precautions rather than the lack of government relief for the cost of COVID-19 precautions, and perhaps Democrats could have done a better job of blaming Republicans for the failure to pass more economic stimulus."

"Given immediate needs, having more transfers to households and businesses through additional checks, [Paycheck Protection Program], and expanded unemployment insurance would help alleviate the current situation," Mathy suggested. "We will see if there is a stimulus package to be passed in the lame duck: McConnell may want to pass the package under Trump and then point to Biden's inability to pass a stimulus package in the 2022 midterms. McConnell also has more leverage now as the House Dem majority will be narrow and the Dems will not take back the Senate."

Widerquist expressed similar views, writing to Salon that "direct individual universal cash grants are the best response to emergency. They are a bonus to those who remain in work, and a cushion for those who can't find work or can't work because of the crisis. All people have different needs. With cash, they are free to buy who they know they need. As people spend their bonuses, the money trickles up to business owners and investors who figure out how to provide people what they need at this time."

He added, "Some proposals on the table included $2000 per person per month for 4-6 months or perhaps longer if the crisis lasted longer. That would have been a great idea when the lockdown started, and it's still a good idea now."

Wolff told Salon that Americans need a modern day equivalent of President Franklin Roosevelt's New Deal, perhaps something akin to the Green New Deal proposed by Rep. Alexandria Ocasio-Cortez, D-N.Y. He specifically said that Americans need to improve their Social Security system so that those who live on it will not be poor, raising the minimum wage so that people can live off of it (including tying it to inflation), increased unemployment insurance and a federal jobs program.

"What in the world is going on that this is not part of our national discussion? How in the world does Joe Biden look himself in the face in the morning?" After describing the success of Roosevelt's New Deal programs — which created millions of jobs in response to the Great Depression — Wolff explained that "we now have, depending on your estimates, 20 to 25 is in Americans unemployed. They shouldn't be. They should be hired by the government tomorrow. The actual amount of money you'd have to pay them, if you paid them, isn't that much more than the state on employment and the federal supplement that are now in place. Only the difference would be a significant gain for them, some increase in the money they take home, and there's an enormous benefit to the society in terms of all the work they could do."