The fund partners with the RNC and allows six-figure donations, which could transfer to Trump campaign legal fees 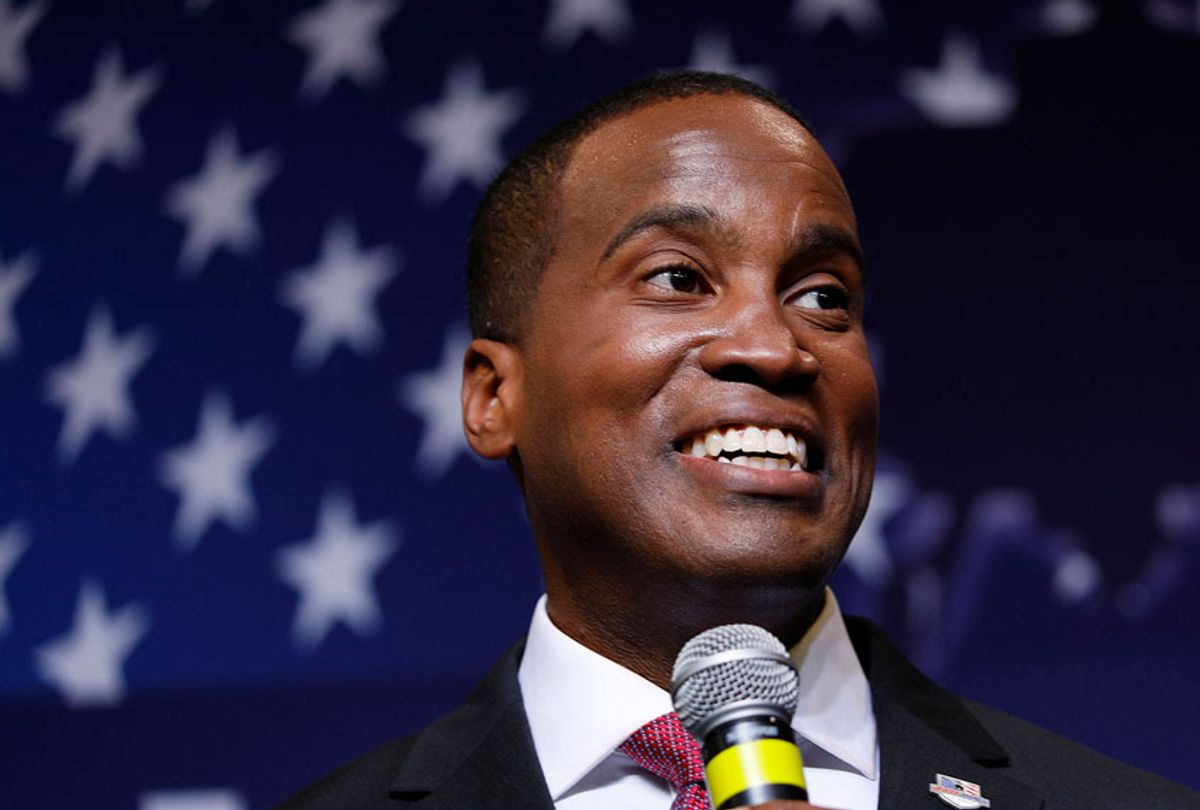 John James, the Republican challenger who lost last week to Democratic incumbent Sen. Gary Peters in Michigan, has started a legal defense fund in anticipation of the costs of challenging his 85,000 vote defeat, according to records filed Monday with the Federal Elections Commission.

The organization, called the James Legal Fund, is a joint fundraising vehicle between the James campaign and the Republican National Committee (RNC). It can collect donations, pay fundraising expenses and disburse money to both committees. Further, the partnership allows the fund to accept six-figure donations from individuals and transfer money out of the RNC to other GOP committees, such as the Trump campaign.

James has plenty of high-dollar donors in his Rolodex. For instance, he has his deep ties to the wealthy DeVos family, members of which have donated tens of thousands to his campaign. The DeVos family has also given to the Better Future Michigan Fund, including hundreds of thousands of dollars from Dan and Pam DeVos. The super PAC spent upwards of $7 million supporting James.

The James campaign has also taken money from GOP megadonor and current Postmaster General Louis DeJoy, whose campaign donations have become the subject of congressional and legal scrutiny. James also appeared in a documentary soliciting support from a Steve Bannon political incubator. (It is unclear whether Bannon has funneled money to James.)

"The money that James raises here can go to his campaign or to the RNC, which can use them however they like," Kappel said. "The group's statement of organization doesn't specify that funds going to the RNC are going to be deposited into the RNC legal proceedings fund. Even if it did, the RNC could still use the money to pay for any Trump campaign legal challenges in Michigan or elsewhere."

"John James is ending his failed campaign the way he started it: '2,000%' with Trump as he continues to prove his loyalty to the Trump team until the very end and damaging whatever credibility he had left," a Democratic aide in Michigan told Salon.

Peters, a one-term incumbent and ranking member of the Homeland Security and Government Accountability Committee (HSGAC), which oversees the DeJoy-run U.S. Postal Service, trailed James as early results poured in on Tuesday. After mail-in ballots were counted, media outlets called the race in the Democrat's favor on Wednesday. The final tally put Peters ahead by about 85,000 votes, or about eight times the size of Trump's 2016 margin of victory in the state (which opponent Hillary Clinton did not challenge).

Once heralded as a rising Republican star, James, who got 10,000 votes less than Trump statewide, has now lost back-to-back Michigan Senate races. Trump, whose legal challenges have already failed in the state, lost to Biden there by about 145,000 votes.

Both margins are highly unlikely to be swung in a recount, but James, under pressure from Trump surrogates to keep up the fight, has not conceded. Michigan law grants requests for recounts if the complainant alleges fraud or an error and completes a statewide canvass.

"John James: Do not concede," South Carolina Sen. Lindsey Graham, a Trump loyalist, said during a Fox Business appearance on Sunday. "These computers in Michigan do not pass the smell test. Keep fighting for every legal and live vote."

Two judges have tossed legal challenges from the Trump campaign — one to halt the counting of votes and another to postpone the certification of results.

Stuart Sandler, a consultant for the James campaign, alleged to Fox News that the Republican candidate had lead Peters until ballots mysteriously appeared under the cover of the night.

"There were all kinds of chicanery, including ballots that came in reportedly in the middle of the night at 3:30 a.m. — 35,000 ballots that were deceptively brought in," Sandler said, without evidence.

Sandler also alleged that a former state Democratic chairman had bussed lawyers and activists to "disrupt the process" in Detroit. It is unclear why the Democratic Party would want to interfere with ballot counts a heavily Democratic area.

Democrats continue to fight for majority control of the U.S. Senate, which will likely be decided by two mandatory run-offs in Georgia this January.