Tillis leads by more than 95,000 votes in the most expensive Senate race in U.S. history 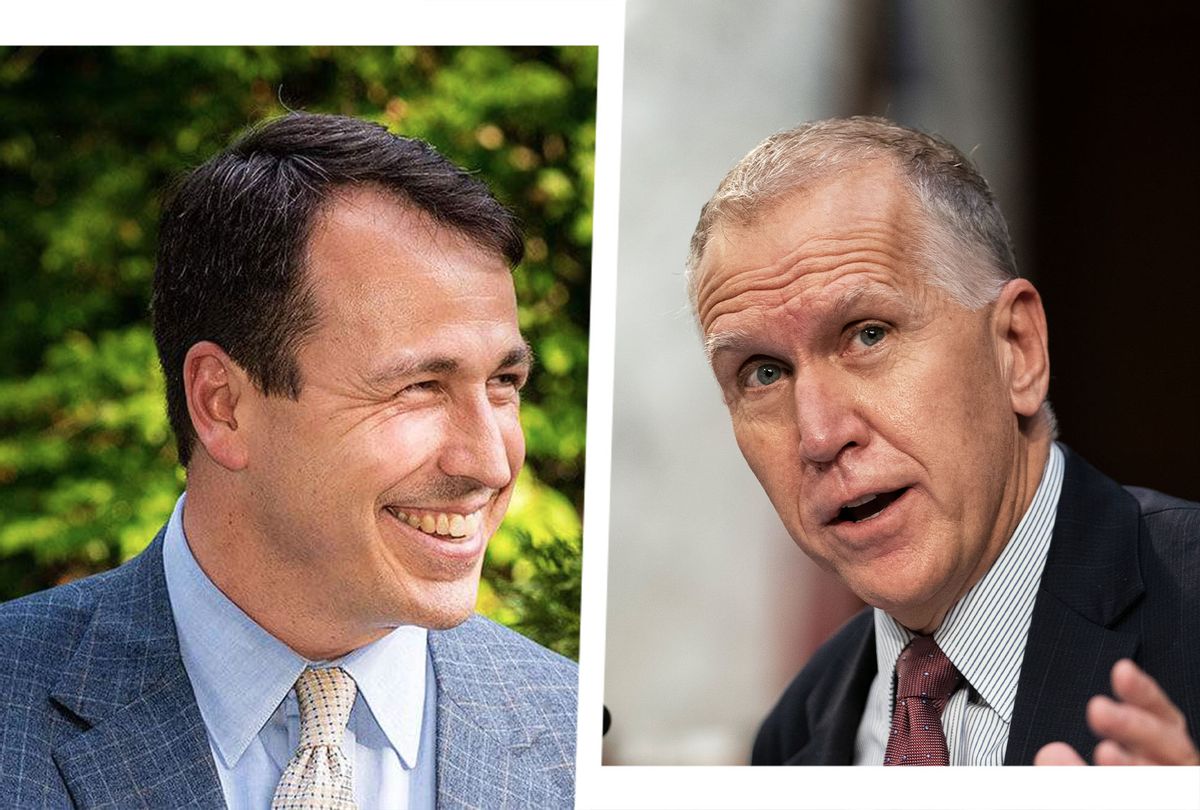 "I just called Sen. Tillis to congratulate him on winning reelection to a second term in the U.S. Senate and wished him and his family the best in their continued service in the months and years ahead," Cunningham told the Associated Press. "The voters have spoken and I respect their decision."

As soon as the general election campaign between Cunningham and Tillis kicked off, it captured the national spotlight. Political experts deemed it one of the "core four" races — alongside Maine, Iowa and Arizona — that would be most likely to determine control of the United States Senate. Those high stakes attracted big money spent on both sides, earning the distinction of being the most expensive Senate race in U.S. history.

Control of this swing-state seat has flipped back and forth between the two parties in recent years after conservative Jesse Helms retired in 2002. Two-time Republican White House Cabinet member Elizabeth "Liddy" Dole succeeded Helms, then was unseated after one term by Democrat Kay Hagan in 2008. Tillis defeated Hagan narrowly in 2014.

Tillis identified himself through his campaign as a "common-sense fiscal conservative for North Carolina," and while he occasionally broke from the president's policies — like when he flip-flopped in 2019 over Trump's plan to take border wall money from other parts of the government — he largely stood in support of Trump. He backed the president when Trump faced impeachment and in his run for reelection, according to The News and Observer.

Meanwhile, Cunningham was identified early on as the type of Democrat who had a shot at winning in North Carolina. (Trump narrowly won the state by 4 percentage points in 2016.) He spent 18 years in the U.S. Army Reserve, is an ordained elder in the Presbyterian Church and has already served one term in the state Senate, from 2001 to 2003.

North Carolina is a state with a complicated voting history. Its U.S. House delegation includes 10 Republicans and only three Democrats, and their General Assembly is known for passing some of the most conservative policies in the country, like the 2016 anti-transgender "bathroom bill" that thrust the state into a legal battle finally settled last year. (Last year, a panel of judges threw out the state's Republican-drawn legislative map, calling it an "extreme partisan gerrymander," with a new redistricting plan approved for 2020.) Registered Democrats in North Carolina currently outnumber registered Republicans, and Democratic Governor Roy Cooper has been a vocal critic of President Donald Trump and his pandemic response. The president ended up canceling most of the planned activities surrounding the Republican National Convention in Charlotte in August.

In October, Tillis tested positive for COVID-19 after attending the Supreme Court nomination ceremony in the White House Rose Garden for Amy Coney Barrett, which was later described as a "superspreader event."

As the Associated Press reported, Tillis has supported mask-wearing. He was among the small minority of attendees at a Trump rally in Winston-Salem seen wearing a mask on Sept. 8, and he's also routinely seen on Capitol Hill wearing a mask.

News of Tillis' diagnosis, however, was eclipsed when texts that suggested an intimate relationship between Cunningham and Arlene Guzman Todd, a public relations strategist from California, were published on a conservative website. Further text messages were obtained by the Associated Press, which confirmed the relationship.

In a statement Guzman Todd said, "the relationship spanned several months and consisted primarily of a series of text exchanges and an in-person encounter." Cunningham released a statement in response indicating that he hurt his family and friends.

"The first step in repairing those relationships is taking complete responsibility, which I do. I ask that my family's privacy be respected in this personal matter," Cunningham said at the time.

The North Carolina race garnered national attention for the amount of money the candidates spent. As the Charlotte Observer reported, "dozens of deep-pocketed national groups such as super PACs and 'dark money' organizations that don't have to reveal their donors have spent nearly $141 million to influence the Senate race, according to an analysis by the Center for Responsive Politics."

In combination with candidate spending, approximately $233 million was spent on advertising alone, which ultimately paid off for Tillis.