Mainstream Democrats are eager to blame losses on "socialism" and "defund the police" — but where's the evidence? 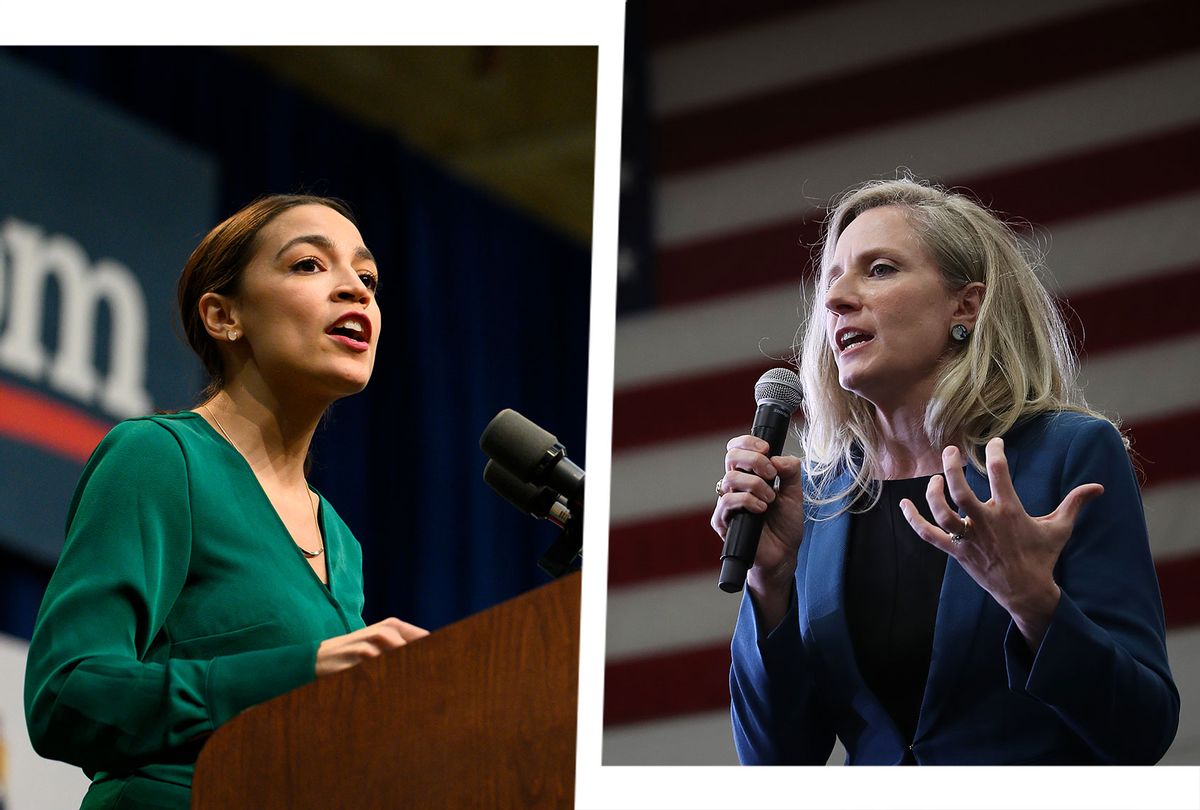 Joe Biden hadn't even been declared the victor of the 2020 election before establishment Democrats, in the face of poorer-than-expected results in House and Senate races, began pointing fingers at the left — with corporate media giving them a major assist.

Democrats had been hoping for big wins on election night, with the possibility of winning not only the presidency but also the Senate, and increasing their majority in the House. But while Biden has come out on top, the party's most optimistic outcome in the Senate would be a 50/50 split (if they win both Georgia runoff seats), giving them a majority with the vote of Vice President Kamala Harris. Rather than gaining in the House, Democrats have lost several seats, perhaps 10 or more.

In the wake of these disappointments, the right wing of the party immediately blamed its left wing for the poor showing, airing their grievances in a private conference call among House Democrats that was leaked to reporters.

In a write-up about the call, the Washington Post's Rachael Bade and Erica Werner (11/5/20) quoted and paraphrased 14 sources blaming those who "endorse far-left positions" for Democrats' losses, counterbalanced by only four sources defending the left. All the progressive sources were named; half of the establishment sources were either quoted anonymously or presented as unspecified "moderates" — or, twice, simply as "Democrats," committing the exasperatingly common journalistic sleight-of-hand that erases progressive Democrats as legitimate members of their party.

In addition to quoting a handful of participants on the call, Bade and Werner interviewed numerous "moderates" for the article ("Several moderate Democrats said in interviews…"), but only managed to interview two progressives: Alexandra Rojas, head of the leftist PAC Justice Democrats, along with Rep. Jared Huffman, D-Calif., a member of the Congressional Progressive Caucus — who took the side of the centrists.

Huffman's contrary position, while perhaps surprising to some readers, and serving to portray the "centrist" view as even more of a consensus position, would have been less surprising to Bade, who had quoted Huffman just a few days earlier (11/1/20) about his opposition to leftists' efforts to exert more influence within the party. In other words, the reporters appeared to seek out only one source who could have been expected to offer a forceful defense of bold leftist ideas, to balance a whole parade of attackers.

In its piece on the dust-up, in which "Democrats traded excuses, blame and prognostications," the New York Times (11/5/20) quoted South Carolina Rep. James Clyburn, who "cautioned against running on 'Medicare for all or defunding police or socialized medicine,' adding that if Democrats pursued such policies, 'we're not going to win.'" What the article didn't mention was that Clyburn has taken more money from the pharmaceutical industry in the past decade than any other member of the House or Senate (Post and Courier, 12/16/18).

The piece then quoted Rep. Marc Veasey, who "warned his fellow members against anti-fracking talk." Veasey ranked fourth among House Democrats in taking oil and gas industry money in the 2020 election cycle, and got 70% of his total campaign contributions from PACs. (To put that into perspective, the two progressives quoted in the Times piece, Rep. Pramila Jayapal of Washington and Rep. Rashida Tlaib of Michigan, got 13% and 3% of their campaign contributions from PACs, respectively.) Readers might have found such information useful in analyzing the motivations behind those quotes.

CNN's Chris Cillizza (11/6/20) jumped into the fray as well, praising Rep. Abigail Spanberger of Virginia, a former CIA official (another piece of relevant context not mentioned by Cillizza) who had some of the harshest words for progressives, for speaking "some hard truth to her party" — like, "We need to not ever use the words 'socialist' or 'socialism' ever again," as if the McCarthy era had never ended (FAIR.org, 10/9/20).

After quoting Spanberger extensively and then printing some of Rep. Alexandria Ocasio-Cortez's rebuttal ("You can't just tell the Black, brown and youth organizers riding in to save us every election to be quiet or not have their reps champion them when they need us"), Cillizza wrote:

What's beyond debate is that Republican strategists took comments made by liberals within the Democratic Party and used them to blast everyone from Spanberger on down.

Though all these pieces offered plenty of suggestions that the left wing's vocal support for things like socialism, Medicare for All, the Green New Deal and defunding the police cost the party seats in 2020, they failed to provide any actual data that might have helped readers evaluate the veracity of those statements.

It's an important point, because understanding Democrats' lackluster performance should help guide their platform and messaging moving forward. But these articles aren't shedding light on the data — perhaps because it would thoroughly undermine the anti-progressive framing.

As the New York Times' Jim Tankersley (10/14/20) reported just last month in an unusually frank assessment of the popularity of left-wing ideas, the right's wall-to-wall attempts to bring down Democrats with the "socialist" label haven't been very effective, despite Cillizza's suggestion to the contrary. That's in part because Biden and other centrists deny them so forcefully, but in part because "many of the plans favored by the most liberal wing of Democratic leaders remain popular with wide groups of voters, polling shows." Tankersley pointed to a recent Times poll that found two in three respondents support a wealth tax, three in five favor Medicare for All (including two of three independent voters), and even higher numbers support free college tuition.

The Green New Deal is likewise broadly popular: One poll specifically of swing House districts (YouGov/Data for Progress, 9/19) found that respondents supported the idea by a 13-point margin, 49% to 36% — even when informed that it will cost trillions of dollars.

And with some races still not called, it's safe to say that Medicare for All and the Green New Deal didn't sink the Dems. Ocasio-Cortez pointed out (Twitter, 11/7/20) that every Democratic co-sponsor of Medicare for All in a swing district won re-election. And Gizmodo's Brian Kahn (11/9/20) found that of 93 Democratic incumbents who co-sponsored the Green New Deal — including five in swing districts — only one lost their race.

On the question of calls to "defund the police," it's important to clarify — as did the Intercept (11/6/20), but none of these establishment media reports — that such calls grew out of the Black Lives Matter protests, not the platform of progressive congressmembers, and that that movement led to a massive spike in Democratic voter registration. In other words, without the movement that gave us the slogan "defund the police," the Democrats would almost certainly have witnessed even greater losses — including, quite probably, the White House.

As the Intercept also pointed out, it appears likely that left-wing organizing in Minnesota, Michigan and Pennsylvania resulted in decisive Democratic gains in key cities and suburbs in those swing states. And Ocasio-Cortez named many other problems with the establishment's campaign strategies, running from underinvestment in digital campaigning to a lack of a ground game to a lack of recognition of or outreach to communities of color.

Clearly the 2020 election contains many lessons for the 2022 midterms, but it's unlikely the right conclusions will be drawn from the fact-free centrist narrative presented by corporate media.