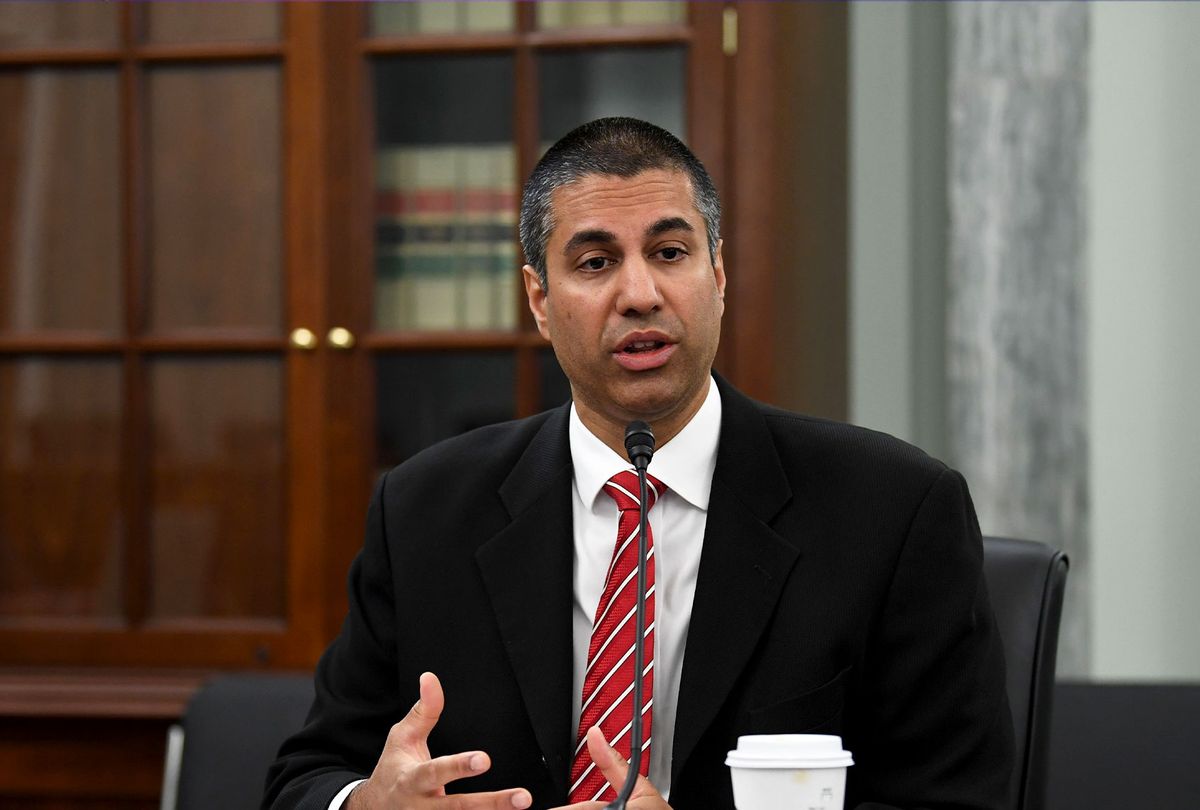 Ajit Pai, the former Verizon in-house lawyer whom President Donald Trump appointed to lead the Federal Communications Commission (FCC), announced on Monday that he is stepping down, ending a controversial tenure most conspicuously marred by his opposition to net neutrality.

Pai's announcement has potentially huge ramifications for the FCC. The agency, which regulates communications including broadband internet access, has five commissioners and can have no more than three commissioners from one party at any point in time. By stepping down now instead of waiting for his term as chairman to expire in June, Pai is making it possible for President-elect Joe Biden to appoint his own chairman upon taking office as well as fill another vacant seat.

Pai was notorious during his tenure as FCC chairman for working with the other Republicans on the five-person commission to revoke net neutrality. Net neutrality is the concept that internet service providers (ISPs) should not be allowed to slow or block traffic from particular websites or offer higher internet speeds to customers who pay more. By revoking those rules in 2017, Pai was effectively "handing the keys to the internet to a handful of multi-billion dollar corporations," as former FCC Commissioner Mignon Clyburn said at the time.

In a public letter released at the time of Pai's announcement, leaders of online businesses like Twitter, Reddit and Tumblr argued that "without these rules, internet service providers will be able to favor certain websites and e-businesses, or the platforms they use to garner new customers, over others by putting the ones that can pay in fast lanes and slowing down or even blocking others. Businesses may have to pay a toll just to reach customers. This would put small and medium-sized businesses at a disadvantage and prevent innovative new ones from even getting off the ground."

The letter added, "An internet without net neutrality protections would be the opposite of the open market, with a few powerful cable and phone companies picking winners and losers instead of consumers."

As Steven J. Vaughan-Nichols wrote for ZDNet after Pai's announcement, 42 million Americans do not have broadband internet access in the aftermath of Pai's revocation of net neutrality and 36% of Americans in a SatelliteInternet survey said they cannot move to rural areas due to poor internet access. Earlier this year a New York court ordered the FCC to turn over service logs and other records regarding fake comments that were received by the agency in 2017 when it announced its repeal of net neutrality. In 2017, tens of millions of public comments opposed to net neutrality sent to the FCC were revealed to have likely been created as part of an organized propaganda campaign to push net neutrality rules to be shot down.

Net neutrality was not the only issue in which Pai aroused public ire. He also took Trump's side when the president retaliated against social media companies like Twitter for fact-checking him. Trump's approach was to put into question whether Section 230 of the 1996 Communications Decency Act should protect online platforms from being liable for the content posted by their users. Pai agreed last month to "clarify" Section 230 rules, a move that prompted the FCC's Democratic commissioners to declare that Pai's decision "was politically motivated and legally unsound. The FCC shouldn't do the President's bidding here" and that "the FCC has no business being the President's speech police."

When Pai leaves on Jan. 20 (the same day that Trump's presidency ends), the agency will be left with Republican Commissioner Brendan Carr and Democratic Commissioners Jessica Rosenworcel and Geoffrey Starks. Republican Commissioner Michael O'Rielly was initially nominated to serve another term, but Trump revoked his nomination after O'Reilly questioned the president's attempt to target social media companies through revising Section 230. Trump's replacement nominee, Nathan Simington, is unlikely to receive a Senate vote before Biden takes office. At that time, Biden can revoke Simington's nomination and fill up the two remaining seats, including the chairmanship.

In a public statement Pai thanked Trump for appointing him as FCC chairman, Obama for appointing him as a commissioner and both Senate Majority Leader Mitch McConnell and the Senate for confirming him. He added that it was a "particular privilege" to be the first Asian-American to chair the FCC.