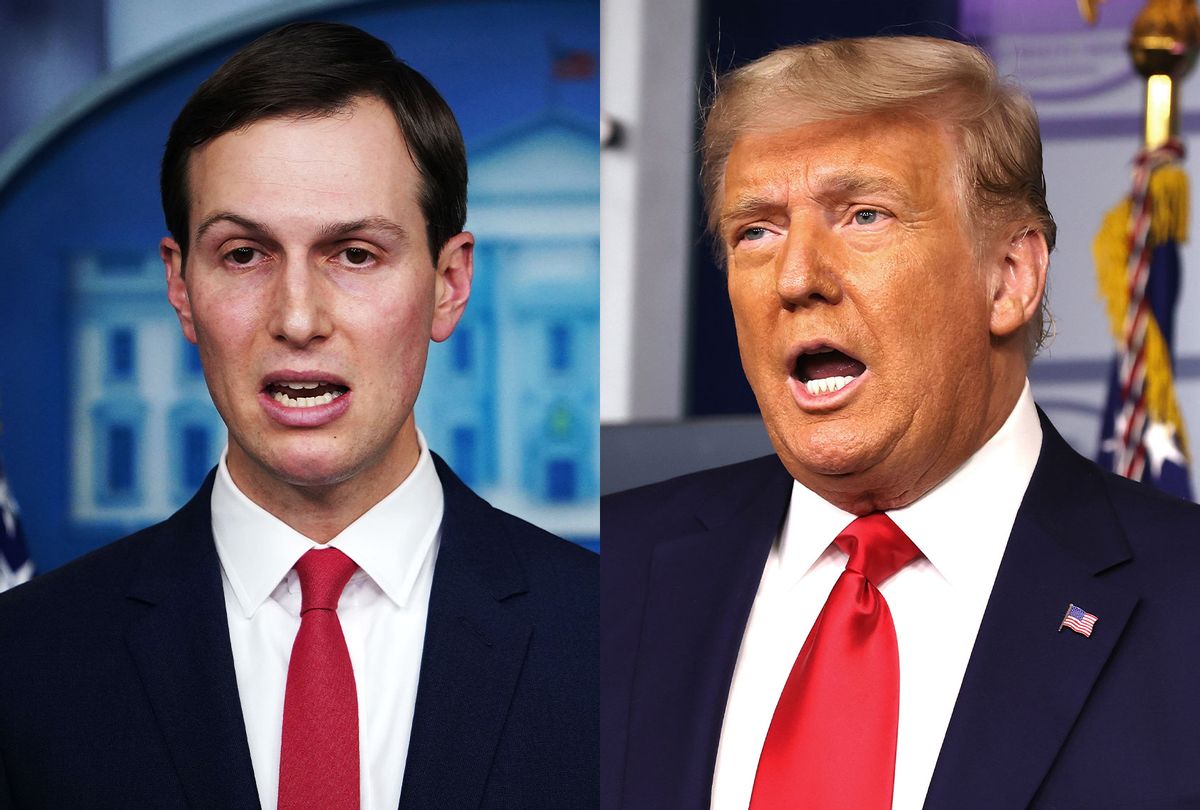 The Small Business Administration (SBA) on Tuesday released extensive new data indicating that half of the coronavirus Paycheck Protection Program's (PPP) $522 billion in taxpayer-funded loans went to only 5% of recipients, according to preliminary reviews.

The data, which came in response to multiple Freedom of Information Act requests and a lawsuit, offered the most complete accounting yet of the sweeping emergency relief effort. It showed that PPP loans disproportionately favored bigger businesses, including more than two dozen properties owned by the Trump Organization and the family of Jared Kushner, President Donald Trump's son-in-law and senior White House adviser.

Congress included the PPP in the CARES Act this spring, pitching it as a bridge for small businesses to weather the economic crisis precipitated by the pandemic. The government would forgive the loans as long as businesses could show that the money went to specific essential expenses, such as payroll, rent and utilities. (Disclosure: Salon received a PPP loan to keep our staff and independent journalism at 100%.)

Further, a Salon analysis previously found that charter schools might have double-dipped as much as $1 billion in PPP money. Salon also revealed that millions of the taxpayer funds went to hate groups. And Salon exclusively reported on a watchdog group's call for an investigation into six companies with connections to members of Trump's Cabinet this September.

Treasury Department and SBA officials argued that the overwhelming majority of the loans — as of August, more than 87% — were for less than $150,000, most of which benefited smaller operations. But those 87% of businesses only accounted for 28% of the total distributed funds, The Washington Post reported on Wednesday. Further, more than half of the $522 billion in total loans went to larger operations, while 5% of it went to small businesses.

An NBC News analysis, which described the new data as "troubling," found that 25 loans worth a combined $3.65 million went to entities paying rent at addresses associated with Trump and Kushner properties. Fifteen of the businesses reported that the loans went to keeping one job or no jobs, or did not report a number of jobs saved.

One entity — the Triomphe Restaurant in the Trump International Hotel and Tower in New York — took $2.1 million, reporting no jobs retained. The restaurant has closed.

The data also disclosed key information initially kept under wraps by the government, such as the names of businesses which received less than $150,000, as well as the specific amounts received (instead of a range).

For instance, Salon earlier reported that a previously unknown company owned by Rudy Giuliani, Trump's personal attorney, got between $150,000 and $300,000 in PPP money. The new data showed that the company — World Capital Payroll Corp — received exactly $209,117 from the government. World Capital, which reported itself not as a payroll company but as a "fund, trust or other financial vehicles," did not reveal how many jobs were saved.

Experts told Salon at the time that given the information at hand, the World Capital loan application appeared to amount to bank fraud.

The new data also indicated a number of administrative failures. For instance, NBC News found that 100 loans went to entities without a listed name, or with other errors — such as business names that appeared to be phone numbers. Further, more than 300 companies appear to have violated rules against applying under multiple entities, taking more than $10 million each through subsidiaries.

An SBA spokesperson defended the program in a statement published along with the data.

"SBA's historically successful COVID relief loan programs have helped millions of small businesses and tens of millions of American workers when they needed it most," the spokesperson said.

"Only now — after its hand has been forced, hundreds of thousands of small businesses have gone under and millions of taxpayer dollars were wasted — has this administration pulled back the curtains to reveal the malpractice going on behind the scenes," Kyle Herrig, president of Accountable.US, a group that advocates for transparency in government, said in a statement on Wednesday. "Americans deserved an open, transparent small business aid program when this pandemic started, and any new small business relief program must take a lesson from the abject failures of this one."

Hours before the SBA published the data on Tuesday, a bipartisan group of senators introduced a new $908 billion stimulus plan. Nearly $300 billion of it would go to replenishing the PPP and funding other SBA programs.