The beloved show returns to Cartoon Network for the ongoing PSA series, with new installments rolling out bimonthly 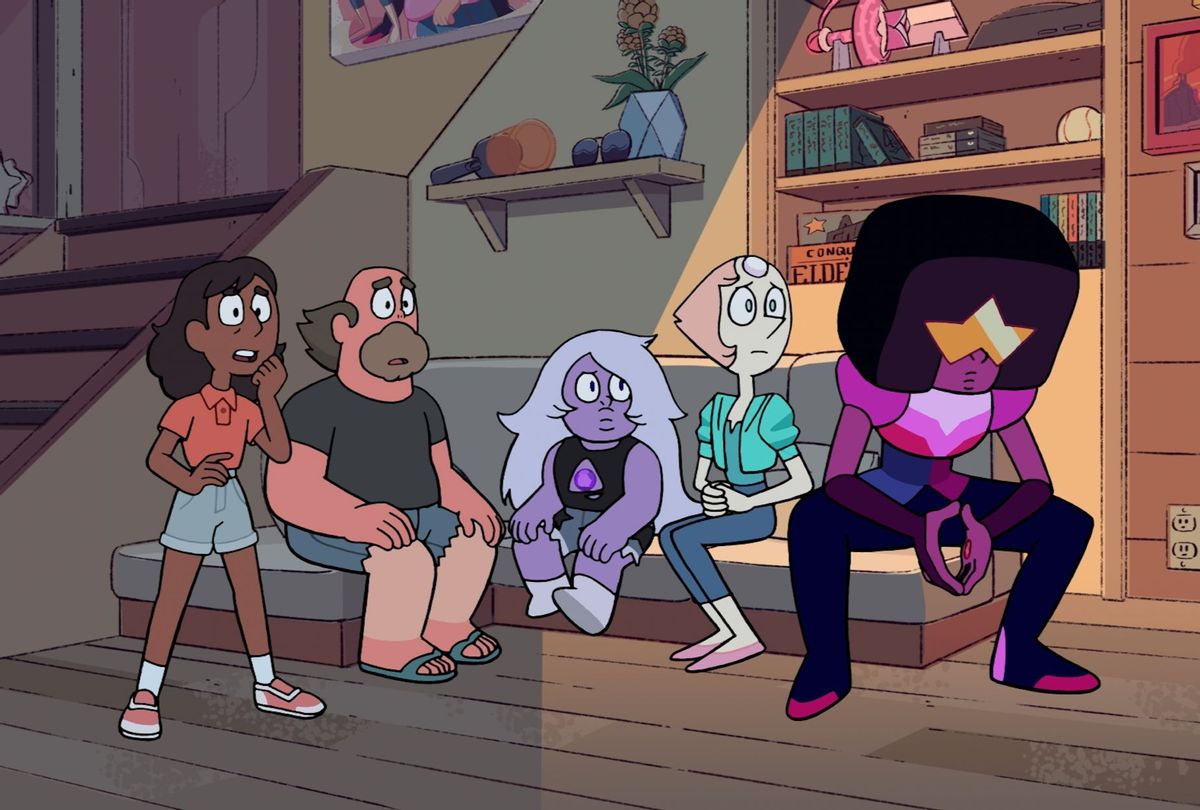 Pearl (Deedee Mango) of the animated series "Steven Universe" has a message for Cartoon Network viewers: Tell the whole story.

In a new public service announcement that began running on the network beginning Dec. 3, the character asks a classroom of students who invented the lightbulb. "Thomas Edison," they brightly respond. That's not entirely true. Pearl reveals that the invention could be more rightly attributed to Lewis Howard Latimer, the Black inventor responsible for creating the filament inside the bulb.

"So, now you know!" Pearl says, before looking at the camera again. "Wait, is that it?"

"We're not going to mention why he invented the filament? To create a better standard of living for people who had just been freed from slavery?" she says. "Are we going to ask about why kids are learning about Thomas Edison and not learning about Lewis Latimer?"

Pearl — who is a "Gem," essentially meaning that she is an alien being that exists as a magical gemstone projecting into a holographic body — flips through a textbook in disbelief. Where are the Black Roman warriors? The Black classical musicians? The Black cowboys? The Black fighter pilots? These people all existed in history, but are nowhere to be found in the book's pages.

"I worry about you humans because you only live, what, about 100 years?" she said. "You rely on these stories to know your own history. Thanks to systemic racism, most of your storytellers prioritize white accomplishments, which leaves you with an incomplete picture."

This PSA is the second of a four-part ongoing series of anti-racism content featuring "Steven Universe" characters, rolling out bimonthly. Cartoon Network released its first short, titled "Don't Deny It, Defy It,"  on Oct. 27, which sparked a smattering of online outrage among some commenters who said that "[racism] is a strong word for kids" — which points to their fundamentally misunderstanding the PSA's message "You have to acknowledge racism to work against it."

However, the second clip featuring Pearl decrying whitewashed history started to go viral on Twitter on Wednesday as more users came across it. There, the response has been largely positive.

"Cartoon Network absolutely doesn't have to do this," one user wrote. "There's nothing forcing them to. It's not Black history month and there's no national outrage that they're capitalizing on. They do it cause [sic] it matters. THIS is the right way to tackle anti-racism."

This also isn't the first time this year that the network has had to confront topics of racism and representation. In August, the voice actor Stuart D. Baker was fired from his role on "Squidbillies," an adult animated series that runs on Cartoon Network's nighttime programming block Adult Swim.

As Joe Otterson reported for "Variety," Baker, who performs under the name Unknown Hinson, posted on his Facebook profile about Dolly Parton voicing her support for the Black Lives Matter movement. "In doing so, he referred to Parton as a 'freak titted, old Southern bimbo' and a 'slut.' In another post, he wrote 'HAVE FUN [sic] forsaking your own race, culture, and heritage.'"

Series creators Jim Fortier and Dave Willis announced via the show's official Twitter handle that Baker was no longer a part of the show.

"We're aware of the extremely offensive and derogatory social media posts made late last week by Stuart D. Baker," they wrote. "The views he expressed do not reflect our own personal values or the values of the show that we and many others have worked hard to produce over the past 15 years. For those reasons, production of Squidbillies will continue without Mr. Baker, effective immediately."

"Squidbillies" isn't a particularly subtle show (though numerous academics have questioned whether it perpetuates or subverts stereotypes about Appalachia); the Adult Swim website once described it as such: "A family of inbred squids tears the ass out of all creation in the North Georgia Mountains. It's not all drinking, brawling, and reckless gunplay. Occasionally, they use crossbows. There's also hate, love, sex, a multinational drywall conglomerate, cockfighting, the penal system, and a deep-seated mistrust of authority and all things different."

In contrast, "Steven Universe" has been lauded for its nuanced portrayal of LGBTQ representation and exploration of otherness.

"This coming-of-age story is centered around a boy who avoids the hallmarks of traditional masculinity," Caroline Cao wrote for Salon in March. "He comfortably dons pink, idolizes his female-presenting (technically agender, and "she/her" pronouns apply) Gem guardians, prefers diplomacy over punching his problems, and sings before a cheering crowd in a dress and glittery make-up."

So, it shouldn't be a surprise for longtime fans that the show's creator Rebecca Sugar, alongside "O.K. KO! Let's Be Heroes" creator Ian Jones-Quartey, have created these sharp, timely public service announcements just when we need them most.