The U.S. Constitution is hopelessly outdated. It’s time to re-envision it

Americans view the constitution as a sacred text, even as its flaws are becoming more glaring 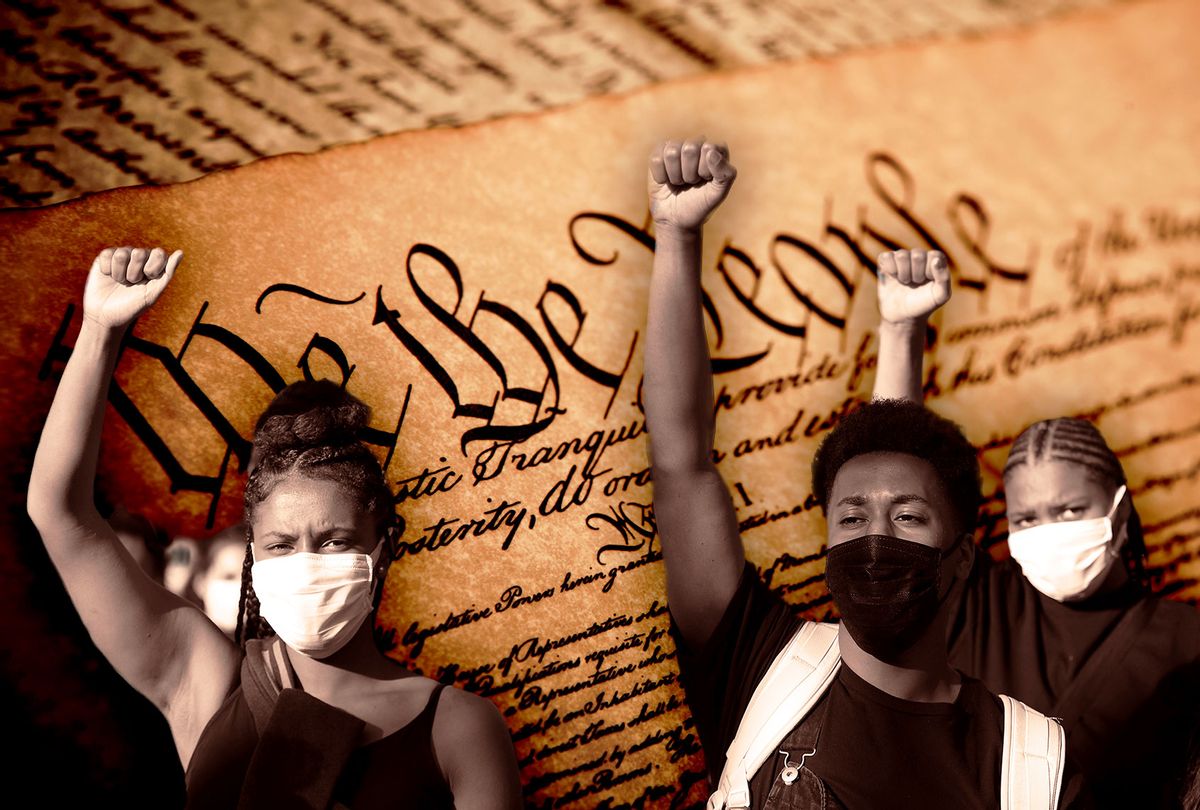 The electoral crisis, the decline of trust in government, and gross income inequality in the United States may seem like separate issues. But they have a surprising, common origin: the US Constitution, or more accurately, its shortcomings. Indeed, the depth of multiple crises in our nation in 2020 — if not their existence entirely — are all rooted in our flawed Constitution and the judicial decisions that it has facilitated.

If you don't believe us, consider the following:

The electoral crisis would not have occurred if the Presidential winner was based on the popular vote instead of the Electoral College — an institution born of slavery.

The human impact of the pandemic would be less severe if health care, food, housing and income were deemed inalienable constitutional rights.

Declining public trust in government, a political situation caused by candidates being more beholden to wealthy funders than voters, is due to the Supreme Court ruling that political money in elections is First Amendment–protected "free speech."

Corporate influence in federal politics, including disproportionate receipt of CARES Act funds by large corporations and rules that let corporations get away with not having to list toxic chemicals on food labels, would have been impossible if courts didn't grant multiple constitutional rights over decades to corporate entities ("corporate personhood").

The social justice crisis of ongoing police brutality against people of color and mistreatment of immigrants on our border would not have happened if the "We the People" line in the constitution actually included all people.

The Supreme Court nomination of Amy Coney Barrett would have been less contentious if Supreme Court Justices weren't constitutionally appointed for life and had not granted themselves the ultimate power of "judicial review" – to review any legislative or executive action.

And the fires, floods, hurricanes and other increasing destructive impact of human-caused climate change would have been far less severe if our constitution affirmed basic rights to nature.

And that's just the beginning.

Constitutions at their best reflect national inspirations and aspirations. They define the legal framework of how people structure their societies. Moreover, constitutions are moral or ethical documents — designating what is right and wrong — with profound implications on literally every aspect of people's lives, their communities, country and the natural world.

Americans view the the US Constitution and its framers with a reverence that is almost religious, as if it were a stone tablet delivered by Moses descending from Mt. Sinai. The constitution's perceived sacredness implies that it is only to be minimally and periodically amended, overseen by legal priests with exclusive knowledge of what should and should not be altered.

Overlooked in the centuries-long myth and lore of the perceived hallowed document has been the fact that the white, male, property-owning (including enslaved human beings) framers originally established rules favoring property rights over human rights – and made it nearly impossible for the public to change the rules.

Yet, our Constitution's most democratic features, the ones that reflect our highest collective moral aspirations – the Bill of Rights, and expanding inalienable rights to freed slaves and women through various Amendments – were the result of successful social movements organized by people who weren't so-called Founding Fathers.

Though 2020 will, thankfully, soon end, the systemic crises engendered by our flawed constitution will continue. Joe Biden replacing Donald Trump does not alter the fact that the aforementioned crises will continue, if not significantly worsen. Indeed, many of them are intertwined:  The pandemic has affected the economy and undermined trust in government. More intense human-caused climate change in the future will produce enormous political, social and economic disruptions.

That might sound difficult, but other countries do it all the time. And for Americans, it really just involves a shift in thinking. The first step is to reject the dominant cultural narrative that we don't have the power or right to question our own Constitution. This narrative's points are familiar; one might say, "you can't possibly expect to do better than the genius 'founders' who produced the most democratic constitution ever written," or, "ordinary people aren't qualified to have this discussion." Others might say such a task is too radical, or say it is too hard to reach consensus, or, worse, that such a plot legitimizes those on the far-right who want a constitutional convention to abolish the Bill of Rights.

These are elitist and anti-democratic views. We all have metaphorical PhDs in what it's like to live in a nation rampant with systemic oppression, undemocratic policies, and environmentally unsustainable practices. Leaving important discussions solely to surrogates (be they elected officials or constitutional scholars) is dangerous and disempowering. We, the living, shouldn't be shackled by what individuals over 200 years ago created to address issues and problems they couldn't have foreseen.

People across the U.S. already engage in constitutional discussions. People in almost every state periodically examine their own constitutions – proposing, debating and voting on changes. Several states have had constitutional conventions to replace or seriously amend their original version. The same is true at the municipal level with "charter review" commissions established every 10 years composed of ordinary citizens to review and recommend changes to voters to their municipal charter/constitution.

Not all countries look at their constitution with the same odd reverence as Americans. Indeed, constitutional conventions happen all the time in other nations — on average, every nineteen years in most countries!

The public is ripe for a radically democratic discussion to envision constitutional change that serves the interests of people, communities and the earth – with the goal to democratize the U.S. Constitution.

Today, December 10, is the anniversary of the signing of the Universal Declaration of Human Rights. It's a fitting date for two pro-democracy human rights groups, Democracy Unlimited and Move to Amend, to launch Toward a People's Constitution, a website to serve as a participatory arena for a respectful, vigorous and strategic discussion for a new people's constitution can be envisioned. This was the theme of a recent Peoples Movement Assembly, where more than 100 people collectively discussed and envisioned what a currently relevant Constitution might contain.

In that assembly, we learned that people want a constitution that protects human rights, not just property rights. Americans like a lot of what's in the Bill of Rights, (with some changes and exceptions), but the rights should extend further. People want a right to healthcare, housing, rights of nature, gender equity, a right to vote, and a whole lot more.

We don't have to start from scratch. We can get over the hangover of American exceptionalism and take inspiration from the constitutions of other countries, the U.N. Declaration on Human Rights, and the Second Bill of Rights proposed by President Franklin D. Roosevelt.

This process is open to all individuals and organizational representatives who feel that self-governing people should take charge of their conditions. The internet has opened up new avenues for Americans to collaborate on such an endeavor, avenues that Americans could have barely conceived of back in 1776 and which allow for a far more democratic document. A new website allows anyone to do just that, and contribute to what they'd like to see in a people's constitution.

As organizers, we're not suggesting that at this moment we rush ahead together to develop a specific plan for a new constitution given the current political realities. Nevertheless, it is time to transform this period of uncertainty into an era of possibility for authentic democracy and re-envision our most fundamental institution from the ground up, to achieve real liberty and justice for all — for the very first time.

Greg Coleridge is the Outreach Director of Move to Amend and a cofounder of Toward a People’s Constitution, a project of Democracy Unlimited.

Jessica Munger is the Program Director of Move to Amend and a cofounder of Toward a People’s Constitution, a project of Democracy Unlimited.