Best of 2020: Working in Hollywood as a so-called "unicorn" woman of color

Our 2020 retrospective kicks off with this account of why one actress also now writes, directs, and produces 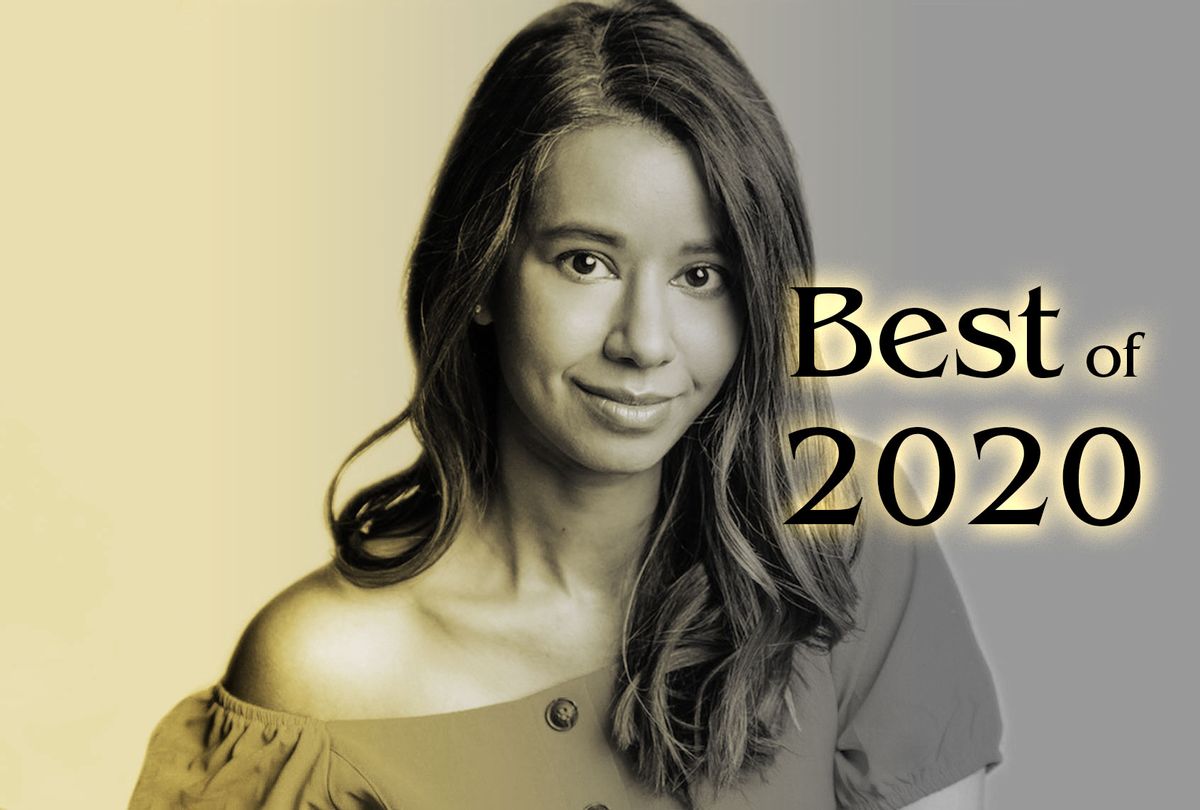 This essay was originally published in Salon on October 3, 2020. We're revisiting Salon's Best Life Stories of 2020 now through the end of the year. Read more Best of 2020 here.

Two years ago, in the autumnal sunshine of Los Angeles, I was living the Hollywood dream. I had just finished shooting a recurring role on season three of HBO's award-winning comedy "Insecure," and auditions were a-plenty. My phone buzzed. Another audition. This one was for a long-running successful sitcom, to play the Indian-American love interest of one of the lead characters. Having been in the industry for a while, I am jaded, wary of stereotypical roles available to people who look like me, so I prepared for the worst. I clicked open the sides — specific scenes from the script that actors memorize for auditions — and was pleasantly surprised. No stereotypes, no gimmicks, no accent needed. The character was just a normal girl who happened to be Indian-American. Like me, I thought.

I went in for the pre-read for casting and killed it. How did I know? I just knew. I know when I've bombed and I know when I've killed. Sometimes when I bomb I book the job, and most of the time when I kill I never hear from casting again. A week went by and I was surprised I hadn't heard from casting for a callback (a second audition with producers). As soon as I forgot about the part, my phone buzzed. I got the callback.

I drove onto the studio lot and parked a million miles away from the callback building. I didn't mind. I still get butterflies walking through a studio lot. I got into entertainment because of that feeling — that magical feeling that anything could happen. That your life could change in a split second. I was early so I took my time, sauntering past golf carts and honeywagons, going over my lines in my head. I smiled broadly at someone I thought I knew but who was actually the star of a hit legal drama.

I arrived at the tall, imposing brick building and was ushered into a small room, holding four other Indian-American women in my age range. I knew three of them. We audition together all the time. Indian-Americans in entertainment are still few and far between. Since our community is so small, we all know each other. I love knowing my fellow actors in the room. It makes me feel less alone.

The casting assistant lined the five of us up, single file in a specific order, outside of the room. I was first. Being first could be good or it could be bad. To psych myself up, I imagined I was first because casting liked me the best. Auditions are all about being liked. You run for a popularity contest a couple times a week, hoping by some miracle the producers chose you. In reality, casting may be saving the best for last, but I try to stay positive in auditions.

When they were finally ready for me, I walked into the room and said hi to the two producers, casting director and camera person. Relaxed, I dove into the scene. I got laughs. The main producer, a middle-aged white man, gave me some direction. I did the scene again, following his direction to a T. More laughs. I felt good. Like, real good. I nailed it. The producers said thanks and I strutted out of there, knowing the role was mine. I smiled as I walked by the four remaining Indian-American girls waiting to audition.

My phone rang and I picked up. It was my agent. She told me the producers loved me. I thought, "Well, that was quick." My agent continued: "Casting wanted to know if you're 100 percent Indian." I paused. I felt my skin bristle, my cheeks flush and my stomach drop. "Yes, I'm 100 percent Indian," I answered. "My parents are from Kolkata and I speak fluent Bengali."

When I hung up the phone, I knew I wouldn't book the job. I walked back to my car feeling a little less chipper. The next day, it was official. My agent told me the producers "went a different way," a coded message that I was not Indian enough in the eyes of these powerful, white decision-makers.

This was one of the specific moments that propelled me to create my own work. A few months later, in early 2019, I went into prep on "Definition Please," my first feature film that I wrote, produced, directed, and starred in.

As a member of the Television Academy and an Emmy voter, I'm invited to panels and screenings for shows being campaigned for awards. One event for an immensely popular drama, held at a studio lot and laden with themed appetizers and drinks, featured a panel with the show's producer and creator, both white men. The producer started off by saying, "When [the creator] walked into my office, he reminded me of myself." The producer bought the creator's show during that first meeting, in the room.

That was the moment I turned off. I knew that if Issa Rae walked into this producer's room, she wouldn't remind him of himself. Nor would Phoebe Waller-Bridge, and nor would I.

Today's Hollywood doesn't look much different from yesterday's Hollywood. Women, and especially women of color, must continuously jump through more hoops to get promoted in writer's rooms, raise funding for their own short and feature films, and pitch original ideas to high level executives. When I log in to Zoom meetings these days, the faces on the other side call me "a unicorn," because I am a woman of color who acts, directs, writes and produces.

I'm not interested in your labels or being the latest trend. I am interested in telling stories about marginalized voices that have never been told before. I am interested in creating authentic films and shows about brown people who are allowed to just be. I am interested in inspiring a new generation of brown filmmakers who realize their voices matter and deserve to be championed. I write, produce, direct and act because I have no other choice in today's Hollywood. Decision-makers with the power to greenlight projects constantly elevate new talent because "he reminded me of myself" and that doesn't apply to folks who look like me. If I didn't fill every single one of those key positions, I would not have a job.

With her infectious personality and unique sense of humor, Pittsburgh native Sujata Day has established herself as a performer, creator, writer and director. Sujata is known for her starring role as CeCe in Issa Rae’s "The Misadventures of Awkward Black Girl." She recurred for four seasons on HBO's "Insecure." Sujata is a Sundance Lab fellow, Sundance Film Festival influencer and HBO Visionaries Ambassador. She directs "This Is My Story," a series in which LeVar Burton narrates tales of everyday racism. Sujata’s award-winning debut feature film, "Definition Please," was acquired by Ava DuVernay's Array and is currently streaming on Netflix.