Did the pandemic stave off climate change? Here's what the science says 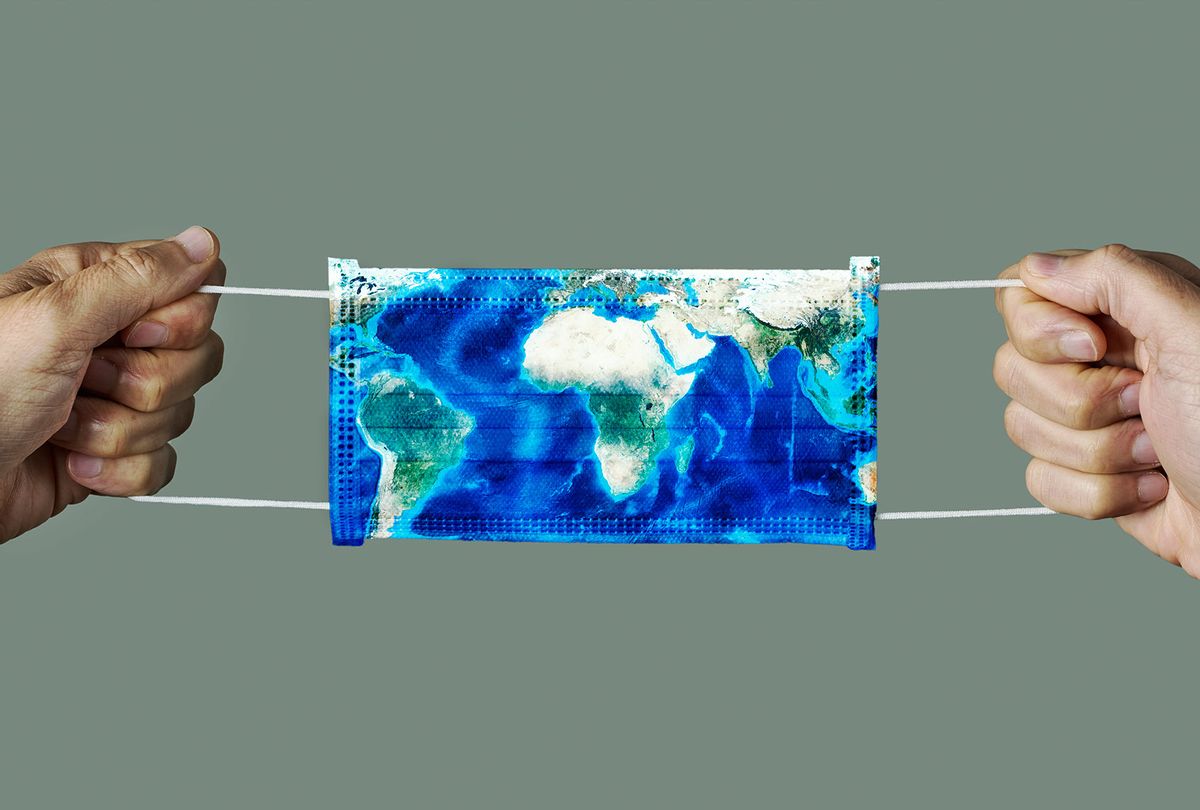 Shortly after the COVID-19 pandemic caused international lockdowns, a meme surfaced: the words "nature is healing" overlain on a scene of environmental recovery, perhaps a shot of crystal-clear skies over an oft-polluted city. Whether made seriously or in jest, the underlying idea was that as humans were forced to stay indoors and reduce resource consumption, the planet would recover even as humanity reeled from a deadly disease. True stories like wild goats reclaiming a city in Wales and fake ones about dolphins swimming in the canals of Venice circulated the internet.

Behind the joke was a real, serious proposition: the notion that humanity, by being forced to reduce our greenhouse gas emissions, may have inadvertently been saving ourselves from the impending climate change apocalypse. But was there any truth to this idea?

Certainly, there were hints: aforementioned instances of wildlife returning to urban areas, and a drop in oil prices that signified a reduction in demand. But on a macroscopic scale, quantifying the way human behavior may have affected carbon emissions in 2020 is much harder. Indeed, Salon reached out to a pair of climate change experts who had somewhat different conclusions.

"The estimates vary among the different groups doing these sorts of calculations, but the consensus seems to be about a 7% decrease [in greenhouse gas emissions] relative to 2019 levels," Dr. Michael E. Mann, a distinguished professor of atmospheric science at Penn State University, wrote to Salon. Although the holiday season traditionally exacerbates greenhouse gas emissions — as people consume more and travel more between Thanksgiving and the start of the new year — Mann was optimistic that this year would not see as much of an increase as usual.

"The average for the year is pretty much baked in at this point," Mann explained, adding that air travel is a "very small contributor," accounting for only 3 percent of total carbon emissions. Mann concluded that, "regardless" of holiday travel, "the decrease in carbon emissions for 2020 will be the largest on record," as high as 6 to 7 percent.

Kevin Trenberth, a distinguished scholar at the National Center for Atmospheric Research, was more pessimistic.

"There has been a lot of rhetoric based on the Global Carbon Project suggesting a substantial decrease in emissions with the pandemic," Trenberth emailed Salon, referring to a recent study which found that global carbon dioxide emissions from both fossil fuels and industry are expected to decline by roughly 7% in 2020. "This was a 'bottom up' estimate based on estimates of emissions from various places. It gives the wrong result."

Trenberth argued, if scientists use a 'top down' approach based on the actual amounts of carbon dioxide in the atmosphere, they reach a different conclusion. Citing the data from the National Oceanic and Atmospheric Administration's (NOAA) facility at Mauna Loa, he claimed "that has shown no slow down at all. The rates of increase on average over the previous 5 years was 2.8 ppm per year and exactly the same rate applies to the last 12 months." The NOAA announced earlier this month that there is more than a 50% chance that 2020 will be the hottest year on record.

"The reason relates to the sources," Trenberth argued. "The [Global Carbon Project] is correct that fossil fuel emissions are down, but they have evidently been entirely compensated for by emissions from other sources: in particular wildfires. These are especially the bushfires in Australia a year or so ago, the wildfires in places like the Pantanal and Brazil, and especially the record wildfires in California, Oregon, Colorado, and so forth."

Mann pointed out an unsettling fact: in the long run, climate change will kill far more than COVID-19. And it cannot be vaccinated against and stopped as easily.

"Ultimately climate inaction will be even more deadly, costing millions of lives," Mann told Salon. "If there is a silver lining, it is that the failure of the current administration to respond meaningfully to the pandemic lays bare the deadliness of ideologically-motivated science denial. This applies to the even greater crisis of human-caused climate change and the need to treat it as the emergency it is."

Recent studies reaffirm Mann's observations. Scientists at McGill University recently revealed that the threshold for dangerous global warming is likely to occur between 2027 and 2042, while a recent paper by top glaciologists and sea level experts that sea level rises due to climate change are likely to surpass the high end of previous expert projections. The World Health Organization estimates that 250,000 people will perish each year between 2030 and 2050 due to climate change–related factors.