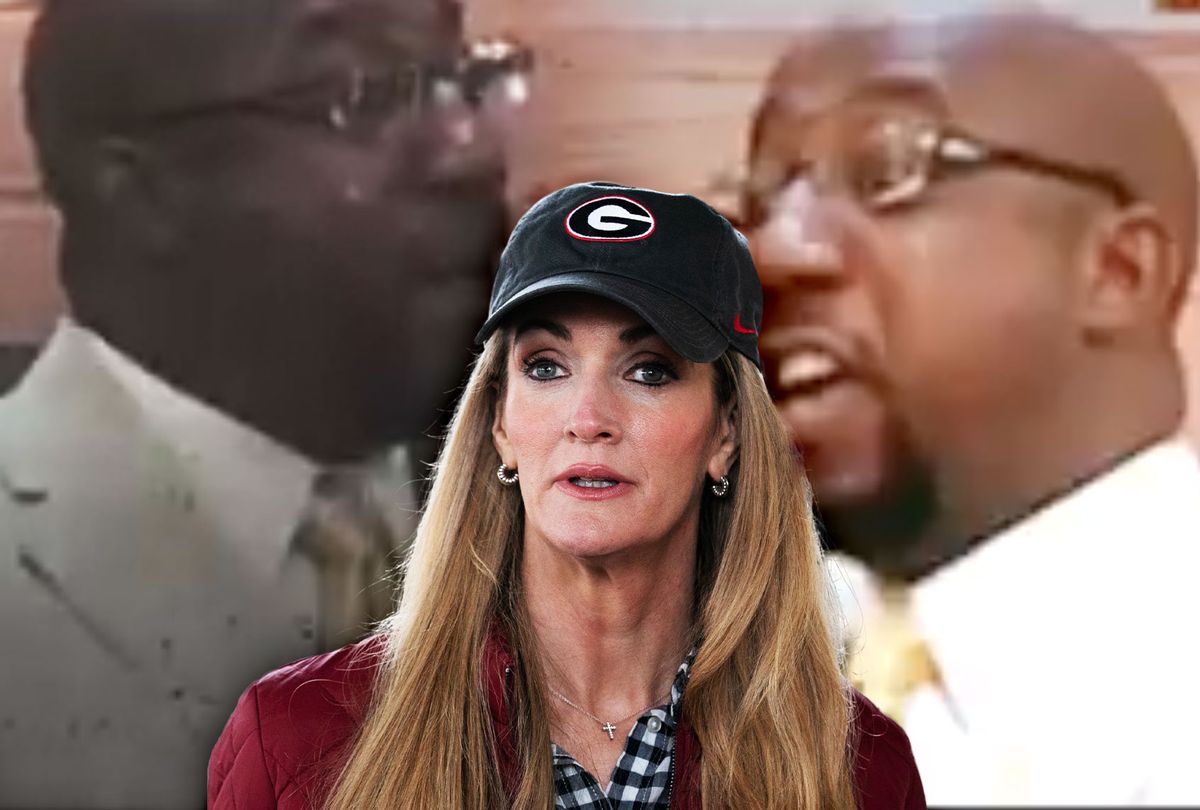 Sen. Kelly Loeffler, R-Ga., ran a paid Facebook ad last week that artificially darkened the skin color of her Democratic opponent, the Rev. Raphael Warnock, who is Black. In fact, the campaign used two of the same clips in their original form for another Facebook ad that ran the same day, but spent 10 times as much money boosting the version in which Warnock appeared darker.

According to the Facebook Ad Library, on Dec. 29 the Loeffler campaign spent between $3,000 and $3,500 on an ad called "Too Radical. Too Corrupt," and dropped between $40,000 and $45,000 on a second, more aggressive counterpart titled "Beyond Radical Raphael," which uses some of the same footage, but with Warnock's skin noticeably darkened. Here are screenshots taken from the two ads: 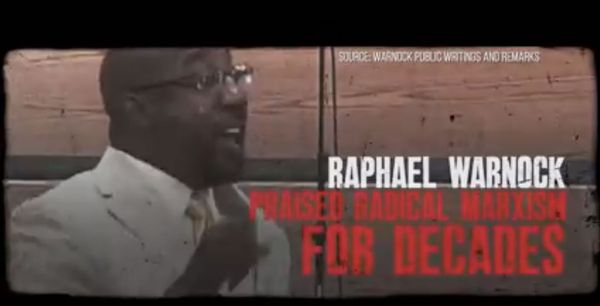 The second ad darkens Warnock's skin throughout, including in a video clip pulled from a sermon he gave in 2011 at Atlanta's historic Ebenezer Baptist Church, the former pulpit of the Rev. Martin Luther King Jr., where Warnock is now senior pastor. 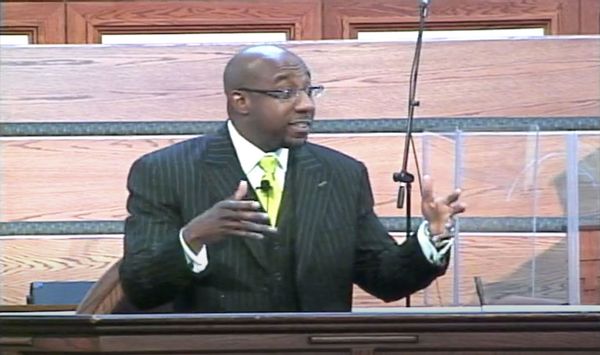 Additionally, the second ad's title card is a version of an Associated Press photo from November that has been colorized, featuring Warnock with darker skin.

The two ads deploy similar copy, but the second spot — which as of Monday evening had racked up around 1 million impressions — is more aggressive. The first ad's caption claims that "Raphael Warnock is a Radical Liberal" who "was educated by Marxists." The caption for the darkened ad says that Warnock is "beyond Radical," and was "trained by Marxists." It ends: "Warnock isn't just radical — he's dangerous."

"Given that Kelly Loeffler has run the single most negative campaign in Georgia history, there is no level she could stoop to that would surprise us," Warnock campaign spokesperson Terrence Clark told Salon.

Loeffler, a former financial executive whose rapidly expanding wealth made her a billionaire last week, recently came under fire for appearing in a photo with Chester Doles, a white supremacist and former Ku Klux Klan imperial wizard who maintains extensive ties to the neo-Nazi movement.

Doles, however, had already been thrown out of a Loeffler campaign event in September — not by Loeffler's campaign, but by Rep. Marjorie Taylor Greene, R-Ga. (then a congressional candidate), who had herself felt backlash when Doles attended one of her campaign events earlier that year.

In a debate earlier this month, Loeffler called Warnock a "radical liberal" more than a dozen times, while declaring "There is not a racist bone in my body." In response, a coalition of more than 100 Black pastors in Georgia blasted the unelected Republican in an open letter, arguing that her attacks amounted to an affront on the Black church. Loeffler had been "demonstrating disdain for Black elected officials and Black Lives Matter marches," they wrote, while "remaining silent on the antics of the Proud Boys and Wolverine Watchmen," a reference to the militia group that had allegedly plotted to kidnap and kill Michigan Gov. Gretchen Whitmer, a Democrat. The letter called for Loeffler to "cease and desist" in her criticism of Warnock's ministry.

In July, the Perdue campaign removed an ad that appeared to enlarge the nose of his Democratic opponent, Jon Ossoff, who is Jewish, amid criticism that it was anti-Semitic.

Multiple officials with the Loeffler campaign failed to reply to Salon's requests for comment.