What would life on Mars be like? Looking for answers in my family's immigrant past 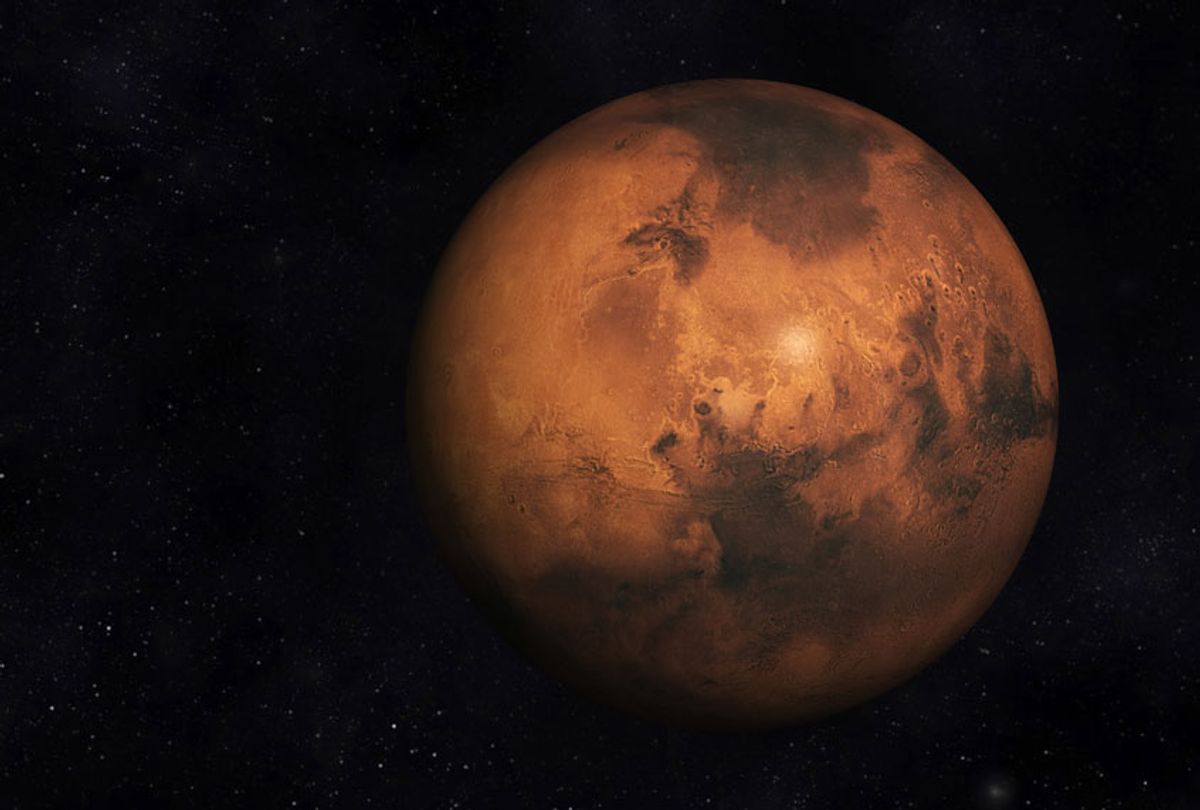 After a nine-year hiatus, our race to space has been reinvigorated. SpaceX has successfully sent NASA astronauts to the International Space Station. And for the first time, the United States officially has a Space Force. Will the next stop be Mars?

Colonizing the red planet has always been a staple in science fiction. Many sci-fi writers have featured futuristic technology and aliens. (Not that there's anything wrong with aliens. I've always had a soft spot for ALF.) But when I imagined what life on Mars might be like for my novel "The Lion of Mars," I looked to the past — specifically, the experiences of my Finnish ancestors. Those Finns were some tough cookies. They had sisu. That's a Finnish idea that doesn't have a perfect English translation — loosely, it means persevering in the face of adversity. In short, it means having guts. To be certain, there are stark differences between settling an unoccupied planet as opposed to settling in a land with an indigenous population. But I like to imagine that my Finnish forefathers and mothers learned things that future Martians would need to know, too.

It's a One Way Trip

My father's family emigrated from Finland to southwest Washington State in the 1870s. It was a one-way trip for most of them. They left behind fathers and mothers and sisters and brothers. They never saw their home again. They may as well have traveled to Mars.

This may hold true for future Martians as well. It isn't known what effects Mars's lower gravity will have on human bones and tissue. Astronauts have experienced weakened bones and muscle loss after long trips in space. Going to Mars might mean never seeing the "old country" — Earth — again.

Farm-to-table and artisanal vegetables are all the rage now, but farming for my great-grandparents wasn't a fun hobby — it was survival. There was no Trader Joe's in 1875. They had to raise their own vegetables and hay for their cows and horses.

While some food and supplies could be delivered to Mars, farming will become a necessity. While you can live on MREs for a long time, eating is one of life's greatest pleasures. As every ship captain knows, good food equals good morale.

Everyday life was incredibly dangerous for my Finnish family. One of my father's cousins was killed while trying to clear a stump for farming. My grandfather was knocked off a boat and cracked his skull. (How he survived is anyone's guess.) Back then, a bad tooth could be the end of you.

Mars will be even more deadly. It's a planet inhospitable to life itself: it's freezing cold, there's no breathable atmosphere, and there's radiation. A single mistake or accident could have deadly consequences. I don't see too many life insurance companies rushing to cover future settlers on Mars.

The Homesickness Is Real

My Finnish family missed the country they'd left behind. So they tried to re-create a semblance of it by bringing things with them — their traditions and recipes, and even their ghosts. That's how homesick they were.

So pack your bags wisely. Low-tech is best because it will be hard to stream Netflix on Mars. Bring Blu-rays, comforting books, family pictures, and a ukulele. It's a long trip, so you'll have plenty of time to learn a song that reminds you of home. I'm thinking John Denver's "Take Me Home, Country Roads."

You Are the Handyman

They didn't have Amazon back in the 1800s, so they had to make almost everything they needed. It required sweat and ingenuity. If you wanted a nice bed, you had to cut down a tree, pluck the chicken feathers for a pillow, and sew some sheets from a feed sack. Aren't you exhausted now?

Likewise, Mars is not going to be luxurious. People are going to need to know how to fix things. Shop class is going to be cool again — they won't be able to call the plumber to unclog the toilet.

It Will Be OK?

In spite of all the obstacles and hard-won lessons, my family (mostly) survived and thrived. Which gives me faith in future Martians. Settling Mars is going to be difficult, dangerous, thrilling, and lonely. Surely, some won't survive or thrive in the face of such incredible odds and circumstances. Still, I remain hopeful for the future Mars settlers.

Jennifer L. Holm is a New York Times bestselling author and three-time Newbery honoree and the author of "The Lion of Mars" (Random House, January 2021). She is a co-creator of the Babymouse series (an Eisner Award winner), the Squish series, and the Sunny graphic novels, which she collaborates on with her brother Matthew Holm. Visit her online at her website.