Economists, scientists say the government should pay you to stay home to end the pandemic 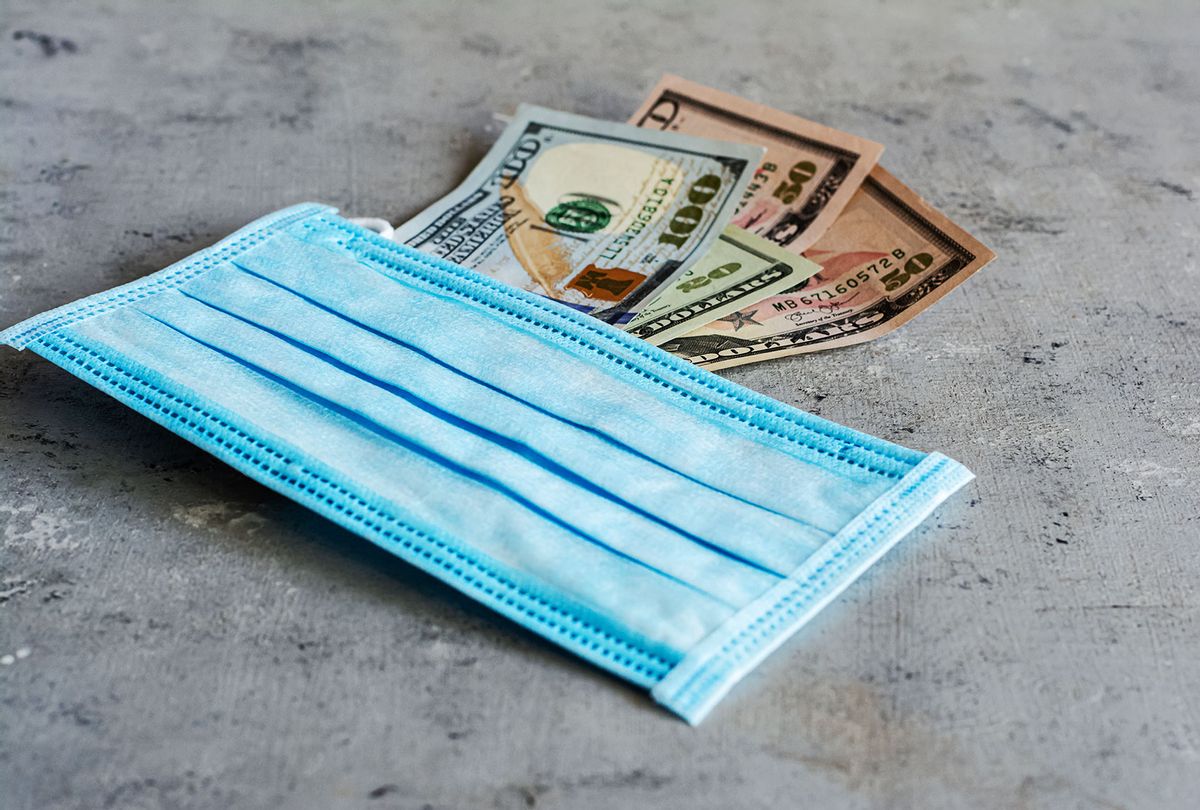 Not even the most conspiratorial pandemic truther would deny that the best way to prevent the spread of the coronavirus — or any airborne pathogen, for that matter — is to avoid human contact. Thus, perhaps unsurprisingly, countries that enacted total lockdowns and paid citizens to stay home dispensed with the coronavirus much more quickly than the United States, which continues to set daily records for new infections.

Here, the obsession with keeping the economy thrumming has meant that true, full lockdowns never quite happened. Common sense would seem to suggest that — if the government really wants to help people avoid poverty while simultaneously containing the virus, and move as quickly as possible toward a full economic reopening — it should simply pay them to stay at home until the pandemic is under control.

Indeed, other countries have done things along those lines. In March, Denmark announced that it would pay private companies to cover 75% of their employees' salaries for 13 weeks, provided those employees were not terminated. The country's government also helped businesses with fixed expenses like rent and covered individuals' sick leave.

By contrast, the United States only sent its citizens individual checks for $1,200 during this period, followed by another round of miserly $600 checks for most Americans that went out in the past few weeks.

This is not to say that paying people to stay at home has always worked like a charm; in September, for example, a study found that only 18 percent of people who had tested positive for COVID-19 had followed official guidelines and stayed home. Nevertheless, common sense says that if people are not forced to go to work in order to survive, fewer people will feel the need to put themselves at risk of contracting and/or spreading the novel coronavirus. A survey of Israeli adults taken in April found that 94% of respondents would abide by a two-week quarantine if they were compensated for their lost wages, while only 57% said they would do so without such compensation. In Austria — a country where employers pay workers who are self-isolating and can request state reimbursement — more than 98% of the people ordered to self-isolate had broken the rules. Germany and other European countries follow similar policies.

"This seems like a no-brainer," Dr. Dean Baker, economist and co-founder of the progressive think tank the Center for Economic Policy Research, told Salon by email. "We need people to not go to restaurants, bars, and other places where they are likely to contract and spread the virus. That means that these businesses will see revenue plummet if not shut down completely. It's not fair to make these businesses and workers bear the brunt of the cost of pandemic control, and of course they will resists efforts that put them out of business and jeopardize their livelihood. This means that we have to pay them."

Dr. Gabriel Mathy, a macroeconomist at American University, told Salon that he also felt it would have been best for the government to have paid its citizens to stay at home right from the outset of the pandemic.

"Given that we have had several rounds of stimulus now and the economy had been weakening before the latest round of checks, it's clear continuing the pandemic is more expensive," Mathy wrote to Salon. "If we had had real shutdowns continuing through April and May, the virus would have been eradicated by now. We are seeing the costs are even larger than I thought before, as we are getting new strains evolving due to our inability to eradicate the pandemic. This may result in less effective vaccines and continuation of the pandemic deeper into 2021, or god forbid, 2022."

Dr. Richard D. Wolff, professor emeritus of economics at the University of Massachusetts Amherst, told Salon that there was "empirical evidence" that most of the places that enacted lockdowns were very successful in stopping the virus. "What the Chinese did in Wuhan, what you see in New Zealand, and on and on and on, these seem to have been the logical correct things to do," he said. "That's the logic of limiting exposure."

Although there were short-term economic consequences to those policies, Wolff said the short-term loss was worth the return to normalcy. "This was one of those things in life that was a win-win," Wolff said. "You win against the disease. If you put people into their homes and lock down the city, and you win economically, as well because of the duration of the lockout home is much less impacting on the economics."

It isn't merely economists who believe that this is the right course of action. Dr. Monica Gandhi, infectious disease doctor and professor of medicine at the University of California, San Francisco, wrote to Salon that she believes "the correct thing to do during this pandemic is for the government to pay those who cannot stay home to work to stay home."

To illustrate why she believes this, Gandhi turned to a historical example.

"In 1854, in London, the renowned epidemiologist John Snow closed a water pump in London thought to be spreading cholera and the cholera epidemic in the city ceased," Gandhi explained. "However, the city ensured that the citizens around that pump were still able to access water. If the government has to close sectors of society's employment to keep its populace safe, then those who cannot work from home should be paid to stay home so that we don't have hunger, eviction, and poverty contributing to our public health woes during this pandemic."

The logistics of keeping people at home are complicated. Dr. Alfred Sommer, dean emeritus and professor of epidemiology at Johns Hopkins Bloomberg School of Public Health, told Salon by email that he was unclear about the economic questions involved in paying people to stay at home, pointing out that people in essential jobs would need to be able to go to work safely and that food and essentials would need to be delivered as they were in many countries that enacted such lockdown policies. At the same time, he said that if people would follow public health guidelines as diligently as realistically possible, it would almost certainly have a very salutary impact on containing the virus.

"If everyone who could stay home, stayed home . . .  and everyone who had to be out or at work followed all the guidelines (mask wearing, distancing, etc) – the 'pandemic' would rapidly decline," Sommer wrote to Salon. Sommer said it would take a mere 2-4 weeks for those with the disease to get through their illness. "Some residual infections would occur because of inability for this to prevent all," he noted. "But with tight implementation there would be an enormous impact — see how much the early outbreaks in meat packing plants how declined with awareness, masks and spacing, though the nature of the work doesn't reduce the risk completely."

While paying people to stay at home for two to four weeks makes both economic and medical sense, the sad reality is that America likely lacks the political will to make it happen.

"The odds of stimulus have gone up, but I'm not confident there is political will for a real lockdown," Mathy told Salon. "There is likely to be more stimulus but not tied to lockdowns."