"I think you just cut your first number one," Lennon told Ono during their 1980 recording session 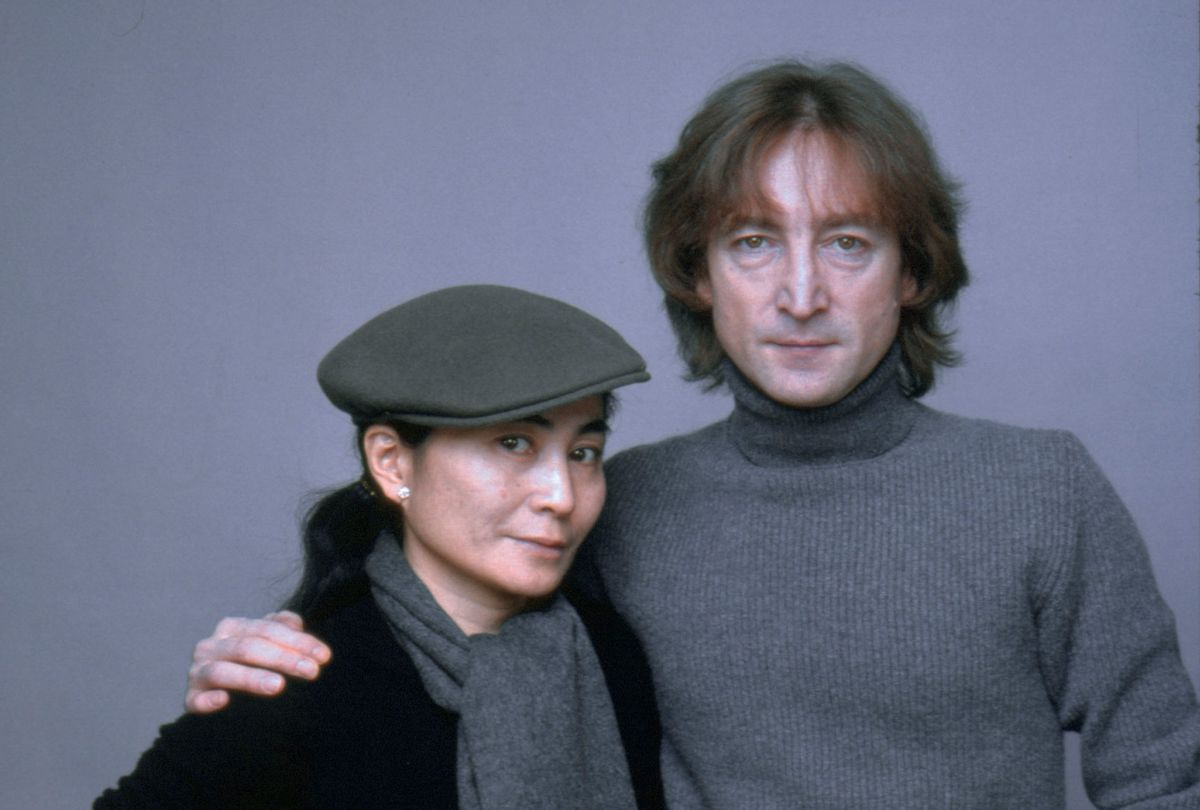 Along with "Give Peace a Chance" and "Imagine," "Walking on Thin Ice" holds a vaunted place among the collaborative works of John Lennon and Yoko Ono. Indeed, it would be the final, poignant act in the story of their remarkable artistic association.

Composed by Ono, "Walking on Thin Ice" began to take shape for Yoko during one of the Lennons' car trips between their estate in Cold Spring Harbor and New York City's Dakota apartment building. After writing the song's ethereal lyrics, Yoko challenged herself to concoct an ambitious new sound to bring the composition's music to fruition. "I wanted to push it a little further, experimentally," she later recalled. "So I was thinking about Alban Berg, in one of his operas, you know, where a drunk is going 'ahaahaahaa.' Just sort of saying things, but in such a way that the emphasis is all wrong, distorted" (Madeline Bocaro, "Just a Story: 'Walking On Thin Ice,'" December 8, 2016).

"Walking on Thin Ice" was originally attempted during Lennon and Ono's August 1980 recording sessions at the Hit Factory. Recorded in seven takes, the song featured some wicked guitar runs from Earl Slick, backed by Tony Levin's galloping bass and Yoko's dance-club vocal turn. After one of the takes, John suggested that guitarist Hugh McCracken restrict his playing to the backbeats. "That's great, really funky," said Yoko, and the guitarist tried out the new playing style.

For his part, John was jazzed about Yoko and the band's progress on the song, which was still relatively simple at this juncture, save for Slick's ambient guitar sounds. When Yoko and the group finished the last take, John couldn't wait for her to join him in the control booth for the playback. "Come and listen before I break your neck!" he said to his wife, anxious for her to hear what he had been experiencing in the booth with producer Jack Douglas. After they listened to the most recent run-through, John couldn't contain himself any longer. "I think you just cut your first number one, Yoko," he announced, borrowing the phraseology, if not the intuition, of George Martin's proclamation to the Beatles nearly 18 years earlier. On that day back in November 1962 at EMI's Abbey Road Studios, Martin activated the studio PA and announced, "Gentlemen, you've just made your first number-one record" after witnessing the band's performance of "Please Please Me" (George Martin with Jeremy Hornsby, "All You Need Is Ears," 1979).

But for all of the Lennons' excitement, "Walking on Thin Ice" didn't make the final cut for their November 1980 "Double Fantasy" album release. Undeterred, John and Yoko returned to the studio — in this case, New York City's Record Plant — during the first week in December. "We're going back. Again. I feel like I just don't want to leave the studio," John told Douglas. "Just you and me and Yoko. That's all I want. Get an assistant, get an engineer, and produce" (Ben Yakas, "Record Producer Jack Douglas Opens Up about Working with John Lennon," Gothamist, July 18, 2016).

Douglas met the Lennons in a small 10th-floor studio, where they began hatching plans to remake "Walking on Thin Ice." As Douglas later recalled, "We only had a germ of that record, so we made a loop of I think eight bars. It's just loop-based. And a loop then was just a tape machine, I had it on a two-track spinning back to a multitrack, cutting bars together." With the tape loop in place, Jack and John were able to begin overdubbing voices and instruments to the song. On that first night back in the studio, Yoko remade her lead vocal, while also recording a spoken-word middle section: "I knew a girl who tried to walk across the lake," she said in an intentionally nonchalant, even disconnected voice. "'Course it was winter, when all this was ice." As Jack remembered, "Yoko was great," and her poetic interlude was the turning point for the song. "John knew that Yoko was onto something with that one — especially with that spoken-word" (Yakas).

On Thursday, December 4, John enjoyed one of the finest moments of his storied career when he overdubbed a sizzling guitar part onto "Walking on Thin Ice." When it came to the guitar that John used, Jack didn't have any doubt about the instrument's identity. "It was the Capri," he recalled, referring to John's fabled 1958 Rickenbacker 325, the very instrument that Lennon had played on "The Ed Sullivan Show" back in February 1964. For the solo, John simply wailed on the guitar, executing a series of power chords as Douglas, sitting nearby, reached over and worked the instrument's Bigsby tailpiece. As with a whammy bar, the Bigsby tremolo arm allowed the producer to manipulate the vibrato sound and heighten the eerie ambience they had been creating for "Walking on Thin Ice" (author's interview with Douglas, August 2018).

By Monday, December 8, the song had evolved into a discothèque-friendly six-minute opus, complete with Yoko's eerie vocal sound effects, spoken-word poem, and Lennon's seering guitar solo. John was ecstatic as he listened to the mix in all of its glory. "From now on," he told Yoko, "we're just gonna do this. It's great!" — adding that "this is the direction!" After listening to the latest mix of "Walking on Thin Ice" with record executive David Geffen, the couple agreed to release it after the Christmas holidays to allow for a full media blitz (Ken Sharp, "Starting Over," 2010).

As history well knows, John wouldn't live to see the song's 1981 release. But as he had predicted, "Walking on Thin Ice" eventually topped the charts. Following through on the couple's plans, Yoko released the single in February 1981. "Getting this together after what happened was hard," Yoko wrote in the liner notes. "But I knew John would not rest his mind if I hadn't. I hope you like it, John. I did my best." In its initial pass at the Billboard charts, "Walking on Thin Ice' landed a number-58 showing. But even more impressively, it fell into heavy rotation in the dance clubs. But the song's fate hadn't been sealed just yet. In the new century, "Walking on Thin Ice" enjoyed new life through a series of dance club remixes and cover versions by the likes of the Pet Shop Boys. And in 2003, John's prophecy came true when the track notched the number-one spot on the US Hot Dance Club charts.

Listen to "Walking on Thin Ice":