Niksen, the Dutch art of doing nothing, is a wellness trend needed now when you're stuck at home 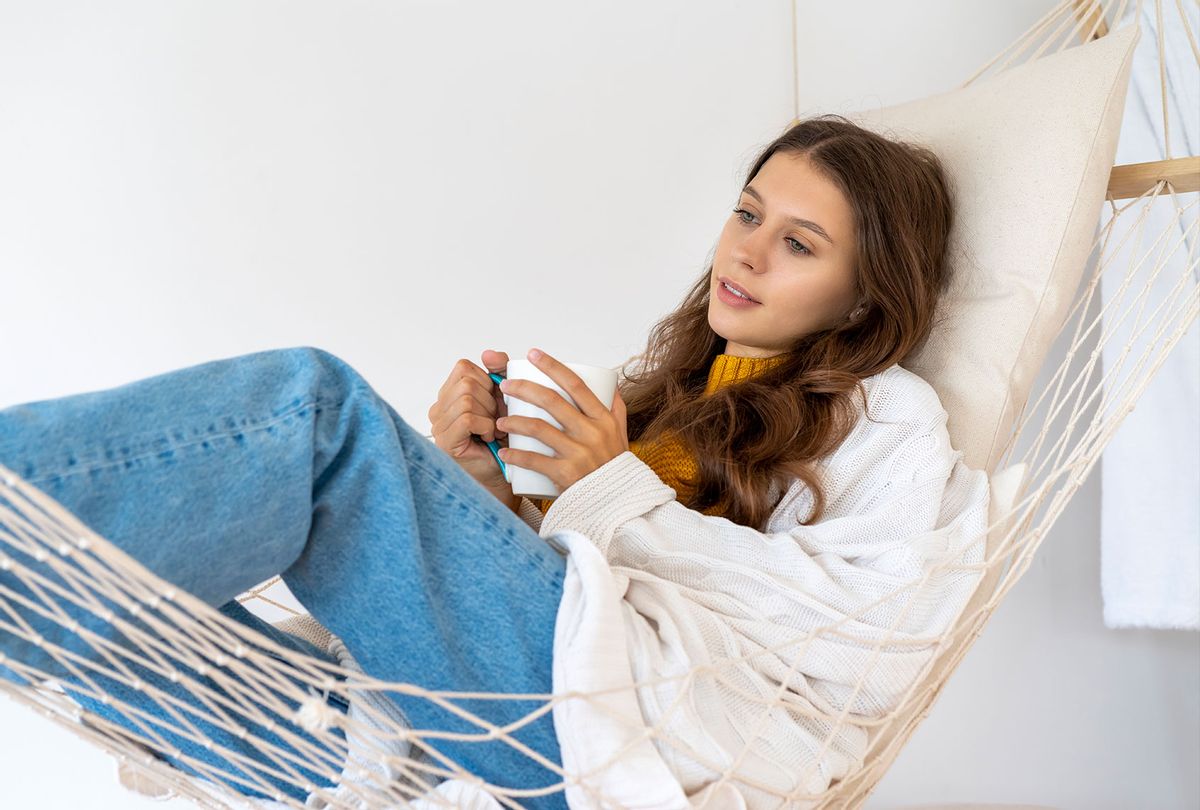 First there was "hygge," the Danish term for cozy contentment that rose to international prominence in 2016, conjuring images of sheepskin rugs, moody reading nooks and cashmere socks. Then came "ikigai," a notably more energetic Japanese concept that centers on, as the 2017 book "Ikigai: The Japanese Secret to a Long and Happy Life" put it, "doing something —and doing it with supreme focus and joy."

Now, there's another global wellness concept that's making its way to the United States that feels fitting  for these unprecedented times. It's called "niksen," a Dutch term for doing nothing. Sounds simple, right?

Well, as author Olga Mecking writes in her new book, "Niksen: Embracing the Dutch Art of Doing Nothing," it's something with which many adults struggle amid pressures to maximize all of our waking hours. Many children, Mecking said, are more clearly wired to enjoy daydreaming and getting lost in their thoughts than their elders are.

"I think what happens is we grow up, and we start having responsibilities and duties in chores and work," Mecking told Salon. "And, you know, we kind of feel all sorts of expectations from society and ourselves as well."

Mecking said that niksen can be hard to quantify, because while we know when we are actively doing things, what does nothing actually look like in comparison?

"I like to kind of compare it to negative space," she said. "It's there and it affects the whole design. But it's hard to define what it really is because we focus on the logo or on the writing. So, in real life, we focus on activity."

The best way to define it, Mecking said, is "doing nothing on purpose, without a purpose." This separates it from self-care activities that seem to populate many people's days and Instagram feeds: training for a 5K, perfecting their sourdough skills, adding another book club to their reading rotation. These things are fun and (sometimes) relaxing, but niksen centers on giving yourself permission to truly take a break from activity.

While you're waiting for a virtual appointment or a Zoom call, get up and look out the window for a few minutes instead of feeling like you have to maximize that time by answering emails. Instead of capping off the day by scrolling through social media, lounge on the couch and relax. When cafés reopen, grab a cup of coffee and simply people-watch.

It's an alternative to feeling like every moment of your day has to be scheduled for maximum productivity (though Mecking said some people may find it easier to schedule time to "niks," depending on their personality). This is especially true as lengthy to-do lists and "I'm just so busy!!" texts have come to serve as a stand-in for communicating, "My life is exciting and important."

Author Celeste Headlee, who released her book "Do Nothing: How to Break Away From Overworking, Overdoing, and Under Living" in March 2020, told Salon that the pressure to be "always on" is deeply ingrained in our society.

"They have research studies showing that we think someone is more important if they have earbuds in versus headphones, because we associate the headphones with music and the earbuds with, 'I have to be on a conference call,'" Headlee said. "That's how granular this gets. 'Fetishize' is a really good word for it, because this goes back literally centuries, this emphasis that began in the Industrial Revolution that hard work is what makes you a good person."

Niksen is a tonic for that toxic productivity culture.

That's not to say, however, that there aren't scientifically backed benefits associated with taking some time for nothingness during your day. Mecking interviewed a wide-ranging variety of experts — who study everything from boredom to our relationship with digital technology — who all agree that "niksing" can lead to feeling less mentally depleted and increase creativity and problem-solving skills. It's as simple letting your mind just wander.

Mecking said that now, during the pandemic, is an ideal time to try it out. People are more stressed than ever and many have turned to copious new hobbies in order to de-stress and fill the increased amount of time spent at home. Start with a few minutes next time you're feeling hazy during the workday; take a break to zone out instead of jumping into the project.

Unlike many wellness trends, there's a low barrier to entry.

"I certainly hope that it's going to be soothing," Mecking said. "I want people to feel much less pressure, because each time there's a new trend coming on, people begin to say 'Oh, I want to try to do it, but what if I do it wrong?' And what I like about niksn is that it wasn't something you could do right or wrong, it was just something."

CORRECTION: An earlier version of this story incorrectly reported "hygge" as a Dutch term.