Buckle up! "The Lady and the Dale" is a wild ride through the cons of auto CEO Elizabeth Carmichael 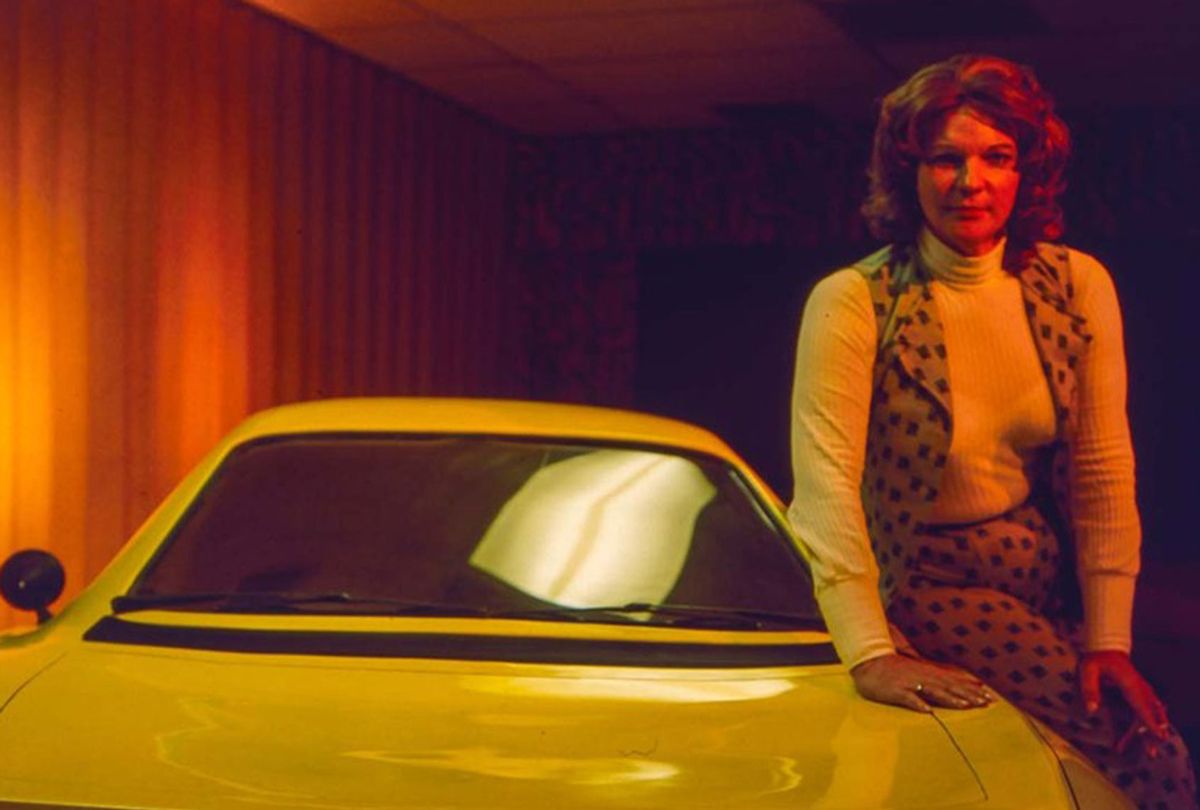 Within the first few moments of HBO's four-part docuseries "The Lady and the Dale," you're given the broad strokes of the story. The titular lady is Elizabeth Carmichael, a singularly self-assured automotive executive who shot to international fame in the 1970s while trying to take on the American car industry's "Big Three" — General Motors, Fiat Chrysler, and the Ford Motor Company — by marketing the Dale, a weird three-wheeled (but purportedly fuel-efficient) car.

For a brief point in time, the Dale was everywhere, from the cover of Japanese newspapers to the prize floor of "The Price is Right," and Carmichael was right there with it, posing for press photos that depict her wearing a miniskirt, straddling the Los Angeles freeway in a "Wonder Woman"-esque pose. "I don't want to sound like an egomaniac, but I'm a genius," she matter-of-factly tells an interviewer.

It was a claim that journalists, investors and competitors wanted to check, and soon Carmichael's stories — about the Dale and herself — began to unravel. Promises about the car were too good to be true, and Carmichael's fingerprints, which were obtained by a disgruntled employee, matched those of a con artist who'd been on the run from the FBI and the mob for years.

It's always risky showing so many of your cards up front in a documentary introduction. It's kind of like that feeling when watching a particularly plodding film trailer and you think to yourself, "Well, I've kind of seen the movie now." But sitting down to watch the Duplass Bros.-produced "Lady and the Dale" is almost like embarking on a road trip; you have an idea of your destination, but it's really the stops and detours along the way that make it memorable, and that make the periods where things kind of stall-out easily forgivable.

"The Lady and the Dale" quickly establishes Carmichael as a small-town Indiana fabulist who shirked a humdrum lifestyle and responsibilities in favor of "get rich quick" schemes. Despite a series of divorces, she eventually married Vivian and had five children, hopping from one place to another while still roping others into risky, unconventional and often criminal ventures. When she finally comes out as transgender, she reinvents herself yet again in a new town as the CEO of the 20th Century Motor Company, poised to manufacture the Dale.

This all transpires in the first hour-long episode, which sets the tone for a series that is rich in both source interviews and surprisingly vivid and charming visual appeal. While Carmichael passed away in 2004, directors Nick Cammilleri and Zackary Drucker (who was a consultant and cast member on "Transparent") have tapped individuals who knew Carmichael in all facets of her life; they interview two of her children, her brother-in-law, her childhood friends, her employees and her eventual detractors.

This helps piece together a complex portrait of Carmichael. It would have been easy to portray her as either a pioneer or a grifter, when the truth is she was both. She made tremendous strides both as a woman in the automotive industry, and as a transgender figure in the 1970s who had very few peers who shared her lived experience, but her scheming also pushed her family into a itinerrant, secretive life that left her children feeling fearful and unmoored for much of their life. Carmichael was a loving mother to the five children she had with Vivian, but abandoned or never met several others from her past marriages.

To flatten Carmichael's characteristics or try to place her in a single box for the sake of the narrative would have been a disservice to the real life she lived. As such, it's understandable why the docuseries writers seem to linger a little too long in certain places — the explanations of the design plans for the Dale grow a little repetitive, for instance. But there's so much to take in.

It helps that "The Lady and the Dale" is so visually distinct from other contemporary documentary projects that lean either on clunky re-enactments or dramatic talking-head interviews augmented with archival footage. This series is an explosion of lively stop-animation (done by director of animation, Sean Donnelly) that looks almost like paper dolls, featuring the faces of various characters, brought to life. This technique elevates the source interviews, which are dense with detail, into something transcendent.

By the second episode, however, it's clear that Carmichael has only a precipitous hold on her new life; she's running late on Dale employee paychecks, making unchecked claims to investors and lying to the media about the status of the vehicle. She's also started pocketing down payments on a car that, at that point, hadn't reached past the floor model prototype phase.

A former coworker details the day that he knew things were starting to crack. Carmichael had been bragging to reporters about how the Dale was bulletproof due to a special plastic used to encase the vehicle's interior. She'd said it so much, the coworker said, that she'd started to believe it, despite never checking to see if it was true.

But then one day, Carmichael showed up to work with a gun and used it to shoot a Dale door from about 20 yards away. The bullet didn't ricochet off the plastic; instead, it caused it to shatter into thousands of tiny pieces.

There's no better metaphor, really, for the course of Carmichael's life at that point — the public discovers her past and R&D money for the Dale is running out. That's when viewers will really want to buckle up. The rest of the documentary is a wild ride.

The first two episodes of "The Lady and the Dale" premieres back-to-back on Sunday, Jan. 31 at 9 p.m. on HBO. The subsequent two episodes will be released weekly.