Trump’s lawyers quit after he refused to pay $3M in legal fees despite raising $170M: report

Art of the deal: Trump reportedly negotiated the fee down to $1 million even though he has massive cash horde 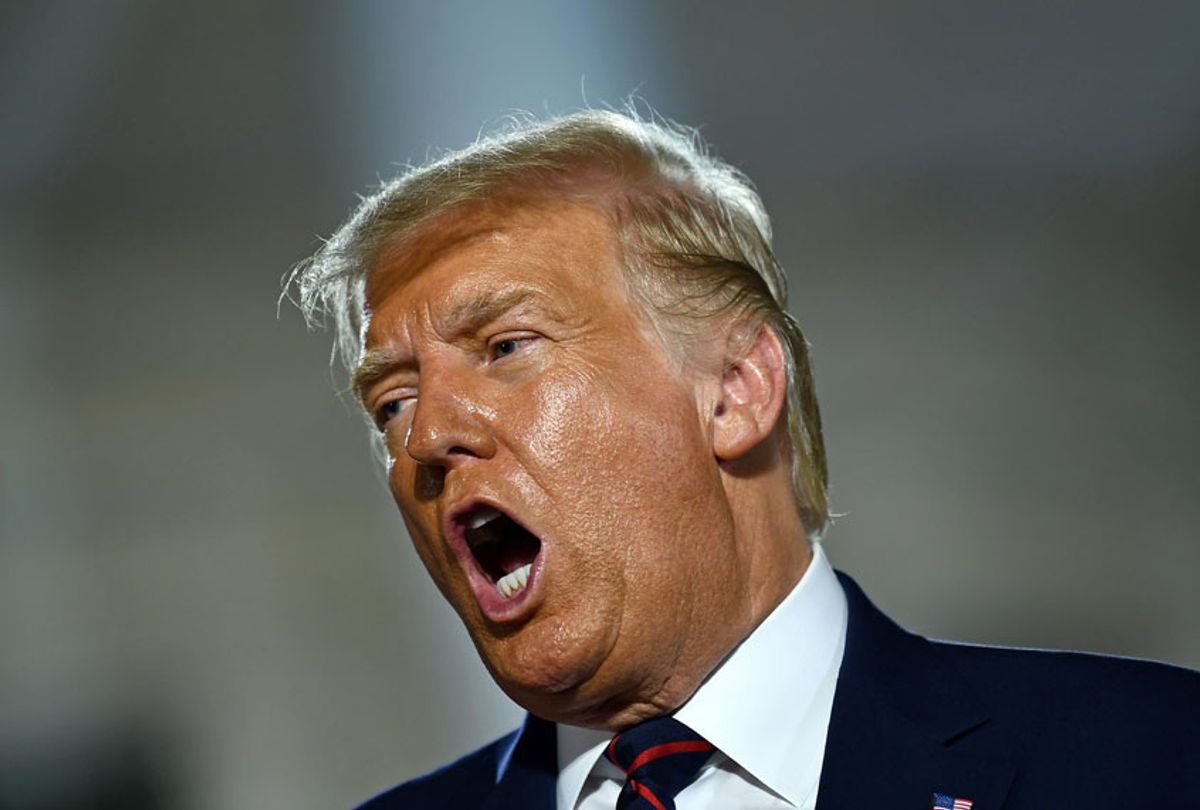 Former President Donald Trump's legal team for his upcoming impeachment trial quit following a dispute about the cost of his defense, according to Axios.

Five of Trump's impeachment attorneys abruptly quit just over a week before his Senate trial is set to kick off on Feb. 8. CNN and other outlets have reported that lead attorney Butch Bowers and four other lawyers he assembled for the team walked out over a disagreement about the ex-president's defense strategy but Axios reports that the team split following a blow-up with the "notoriously stingy" onetime reality TV host over legal fees. Trump, who is charged with inciting the deadly Jan. 6 Capitol riot, was "livid" after Bowers told him that the legal effort would cost $3 million, according to the report, even though Trump has raised over $170 million from supporters, ostensibly to fund his post-election legal efforts.

Trump and Bowers initially agreed that the latter would be paid $250,000, which "delighted" the billionaire, according to the report. But that fee did not include additional costs for other lawyers, researchers and legal fees. Trump was "infuriated" after Bowers told him the total budget would be $3 million, though he ultimately haggled the attorney down to $1 million while planning to use his political action committee to pay for "audiovisuals, a rapid-response team and legislative liaison."

The episode highlighted the Trump team's dishonest fundraising campaign that has bombarded his supporters with messages asking for money to support his post-election legal battles, which came to nothing. Though Trump raised about $175 million in a joint venture with the Republican National Committee, he spent just $10 million on legal costs while spending nearly $50 million on ads and fundraising, according to The New York Times. The RNC likewise spent little of its portion of the funds on legal efforts. Most of the funds were raised from small-dollar donations as many of Trump's top donors avoided contributing to his effort.

The disagreement over the cost of the defense contributed to existing "frustrations" among Bowers and the other attorneys after Trump pushed them to argue without evidence that there was widespread election fraud, according to CNN. The attorneys intended to argue that trying a former president was unconstitutional. Trump adviser Jason Miller denied the report and said the departure was "mutual."

"I think there was some problems getting money for it, but it wasn't [just] that," Sen. Lindsey Graham R-S.C., who connected Trump with Bowers and other attorneys, told Axios. "Just too many cooks in the kitchen."

Trump adviser Jason Miller told the outlet that "these guys are no longer relevant," referring to the lawyers that quit.

"We have our lawyers in place, we have a solid team, and we're looking ahead," he said.

The attorneys signed on after Trump struggled to find top-level attorneys to represent him at the trial.  Some lawyers who turned him down told The Washington Post that Trump is an "unappealing client" because he "has trouble" following legal advice, is overly concerned with how his lawyers perform on TV, and "is known for not paying his bills."

Trump announced on Sunday that attorneys David Schoen and Bruce Castor would represent him at the trial.

Castor is a former district attorney in Montgomery County, Pennsylvania, where he declined to charge actor Bill Cosby with sexual assault and later sued Andrea Constand, one of Cosby's victims, accusing her of having damaged his re-election campaign. The suit was ultimately dismissed and the new DA who defeated Castor successfully prosecuted Cosby. Castor is the cousin of Steve Castor, who served as House Republican counsel during Trump's first impeachment proceedings.

"Many of us were curious how Bruce was selected," a Philadelphia Republican attorney told the Post.

"That's honestly one of the first things that came to mind for me: Who the hell vouched for Bruce Castor?" added Democratic attorney Adam Bonin.

Schoen is an Atlanta-based lawyer who represented longtime Trump adviser Roger Stone, who was convicted of witness tampering and lying to congressional investigators about his role in chasing down hacked emails stolen from Democrats during the 2016 campaign. Trump initially commuted Stone's sentence before granting him a full pardon in his last week as president. Schoen later met with Jeffrey Epstein, who was charged with child sex trafficking, nine days before Epstein was found hanged in his jail cell. Schoen has said Epstein asked him to lead his legal team and has said that he thinks the former financier was "murdered" after a medical examiner determined that he died by suicide.

"I represented all sorts of reputed mobster figures: alleged head of Russian mafia in this country, Israeli mafia and two Italian bosses, as well a guy the government claimed was the biggest mafioso in the world," Schoen told the Atlanta Jewish Times last year.

Trump's team denied that the former president wants his attorneys to focus on unfounded claims of election fraud. Schoen told The Washington Post that the team will focus on whether it is constitutional to try a former president.

"I've done constitutional litigation my entire career, and I think this case raised important constitutional questions," he said. "I do feel honored to represent the [former] president of the United States and the Constitution."

Democrats say the Constitution does not allow former presidents to escape trial simply due to the timing of an impeachable offense.

"It makes no sense whatsoever that a president, or any official, could commit a heinous crime against our country and then defeat Congress' impeachment powers — and avoid a vote on disqualification — by simply resigning, or by waiting to commit that offense until their last few weeks in office," Senate Majority Leader Chuck Schumer, D-N.Y., said last week.

House impeachment managers echoed that sentiment in a brief filed on Tuesday, arguing that Trump was "singularly responsible" for fomenting the assault on the Capitol after he "summoned a mob to Washington, exhorted them into a frenzy, and aimed them like a loaded cannon down Pennsylvania Avenue."

"If provoking an insurrectionary riot against a Joint Session of Congress after losing an election is not an impeachable offense," the brief said, "it is hard to imagine what would be."