Tabloids portrayed Spears as a basket case. This film encourages viewers to check their own preconceived notions 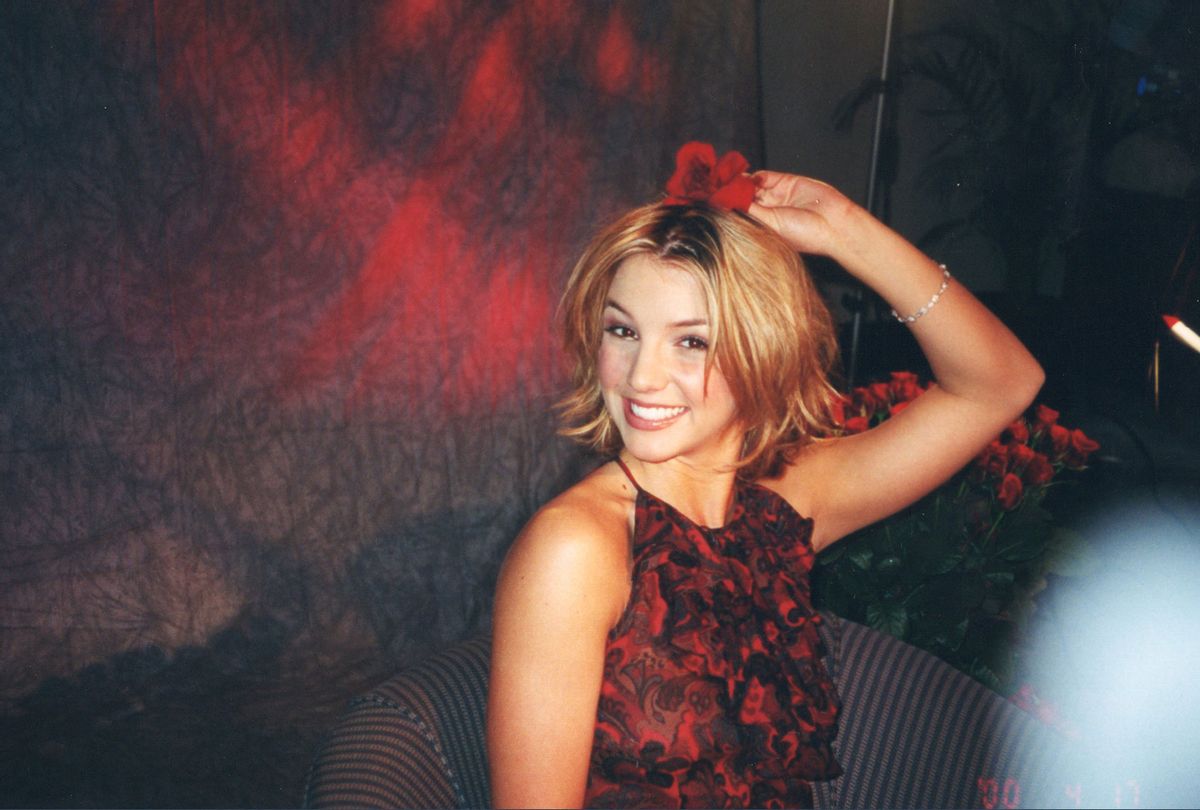 The new documentary, "Framing Britney Spears," which premiered on FX and is now streaming on Hulu, begins and ends with coverage of a #FreeBritney protest outside of the courthouse in downtown Los Angeles. Held by members of the Britney Army, the pop star's devoted fans, the protesters waited to hear the results of a 2020 hearing regarding Spears' conservatorship case.

Spears has been under a conservatorship, led by her father Jamie Spears, since 2008. This means that he controls most aspects of her life — her finances, her recording contracts, her Vegas residencies. Jamie has made approximately $60 million in that role due to a legal stipulation that he will earn a percentage of Spears' gross profits from her business ventures. Last year, Spears lost a bid to remove her father from her conservatorship, though the judge adapted his role to that of co-conservator with financial company Bessemer Trust and did not rule out future petitions for his removal or suspension.

The documentary, which was produced in collaboration with The New York Times, is partially about the controversial and murky nature of conservatorship programs, in which a guardian is appointed by a judge to manage the financial affairs or daily life — appointments, daily care, medical decisions — of an individual with physical or mental limitations, many of whom are elderly. They are also difficult to terminate; as one attorney says in the documentary, she's never personally known a client to successfully remove a conservator once installed.

But "Framing Britney Spears'' is also overwhelmingly about the deep misogyny that shaped the public perception of Spears, which was only amplified by paparazzi intrusion. This documentary is making viewers question that dominant narrative — and now many of the people who helped push it are finally facing backlash.

As the documentary shows, there was already some media-cultivated controversy surrounding Spears' more sexualized image, which she debuted with her 1999 album ". . . Baby One More Time." It was a shock to some who knew her from her "Mickey Mouse Club" days, while the shift was interpreted by some male interviewers as permission to ask her publicly about her breasts and virginity with impunity. She was 18.

But the sexism really kicked into overdrive following Spears' breakup with pop star (and fellow "Mickey Mouse Club" alum) Justin Timberlake. The tabloids portrayed her as unfaithful and Timberlake only fanned the flames of those rumors by releasing the song "Cry Me a River," with a music video that featured a Spears look-alike cheating on him. He did the talk show circuit and repeatedly bragged about having sex with Spears, who had spoken publicly about wanting to wait until marriage for sex.

During one radio appearance, Timberlake was asked: "Did you f**k Britney Spears?" He laughed and paused, before finally responding, "Okay, I did it." In a later interview, he confirmed that he'd had "oral intercourse" with her, saying, "I did it. I'm dirty."

The tabloids simultaneously ran headlines congratulating Timberlake for "getting in Britney's pants," while slut-shaming her for having sex before marriage — a perfect encapsulation of the inherent sexism of purity culture and our culture's deeply ingrained obsession with virginity.

Even well-established journalists played into that narrative. In a 2003 "Primetime Thursday" interview, host Diane Sawyer blamed Spears for the break-up with Timberlake and insinuated through her questions that she believed Spears had been unfaithful.

"He has gone on television and pretty much said you broke his heart," Diane said. "You did something that caused him so much pain, so much suffering — what did you do?"

Sawyer went on to read a quote from Kendall Ehrlich, the first lady of Maryland at the time, who said she'd shoot Britney Spears if she could because of her sexualized image. Sawyer appeared to defend Ehrlich by questioning Spears' "bad example for kids."

Scrutiny of Spears' public image only intensified in the ensuing years, through her marriage to and subsequent divorce from Kevin Federline, the birth of her two children and her relationship with producer Sam Lufti. The paparazzi tailed her relentlessly, snapping images of her going out and running headlines about whether she was a fit mother or not (this coincided with a publicly messy custody battle between Spears and Federline). It climaxed in 2007 when Spears shaved her head and attacked a relentless paparazzo's car with an umbrella. At the time it was viewed as Spears "going crazy."

Through the lens of "Framing Britney Spears" it's an understandable response to living your life, the majority of which has been maliciously mischaracterized, under a microscope.

Regardless, the conservatorship was put in place the next year.

It's complicated writing and talking about Spears because, as another attorney puts it in the documentary, we don't know what we don't know. Neither Spears nor her family responded to requests to be interviewed (though as producer and director Samantha Stark put it to Variety, they "are unsure if the request for Britney's participation ever made it to her"). There could be underlying mental health issues that prevent Spears from tending to her own affairs, but she was also healthy enough to perform — and for her father, who was formerly facing bankruptcy, to profit from that.

What "Framing Britney Spears" does exceptionally well, however, is offer viewers an opportunity to reassess the incredibly aggressive misogyny of which she was a victim, and how that impacted the course of her life. How did incessant tabloid portrayals of her as a bad mother, or as being promiscuous, play into her custody battle? How did spiteful media roundtables about her mental state impact her father's ability to argue for the need for a conservatorship?

The effects aren't necessarily clear, but what is apparent, however, is that the portrayal of Spears through the 2000s was unfair and built on unquestioned sexism that has largely gone unchecked for two decades. Nevertheless, she is still punchline fodder for late night television hosts, a cultural stand-in for women who have snapped in an embarrassingly public fashion — thanks in large part to people like Timberlake and Diane Sawyer. There are already calls from fans of Spears for those two to publicly apologize for their past comments.

And while "we don't know what we don't know" about the conservatorship case, which is still ongoing, the documentary enables viewers to reassess the attitudes that led up to it, perhaps including their own. Hindsight is 20/20 for that.