How to make perfectly tender cauliflower rice that still has texture

As with any good relationship, if you love your cauliflower rice, you need to give it a little space 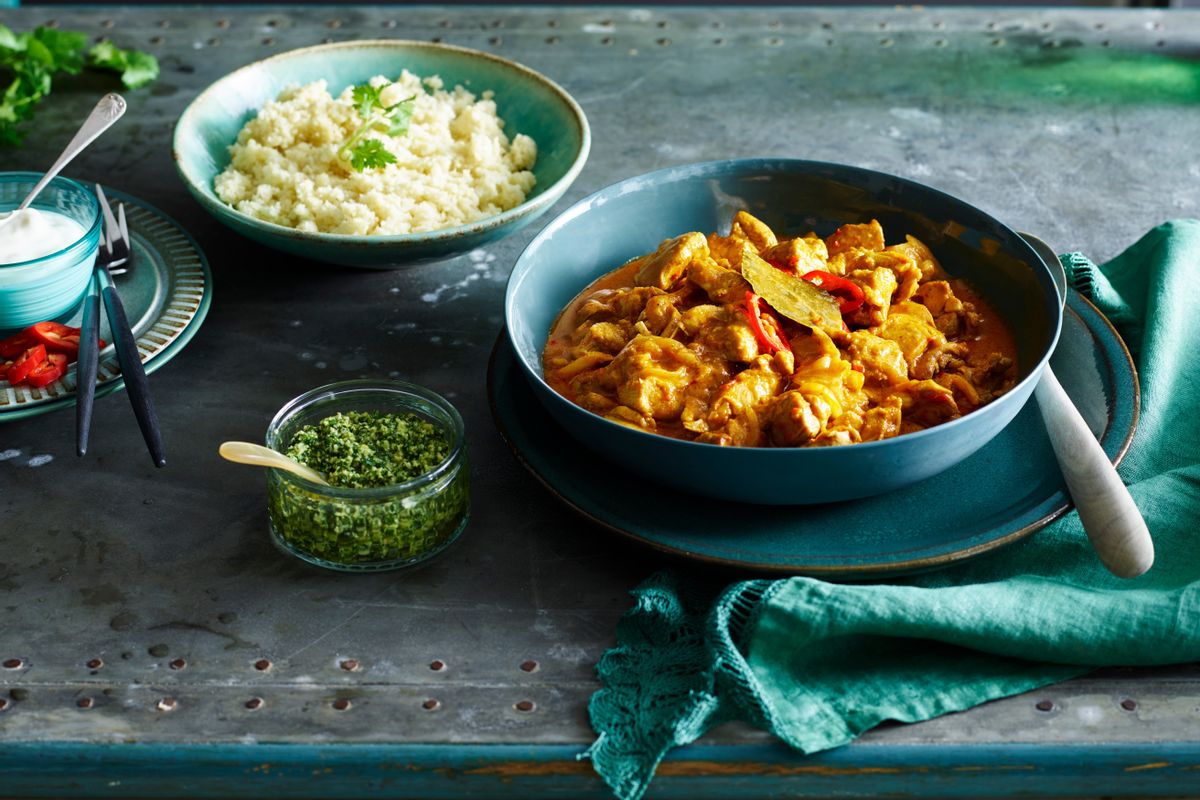 I tend to bristle when I see food articles framed as "you've been making [insert dish] all wrong your entire life." But, in the case of cauliflower rice, I've known for a while that I wasn't exactly hitting the mark. I've jumped on and off the riced cauliflower train more times than I can count. Initially lured by the promise of adding extra vegetables to my diet — which will be presented in the form of my favorite starch — I'm subsequently disappointed when the texture veers from passably rice-like into something more akin to gruel.

Obviously, I was making riced cauliflower all wrong. And that's where Palak Patel, chef at the Institute of Culinary Education, comes in.

Patel likes to use cauliflower rice in a variety of dishes — in biryani, as a vehicle for curry, a substitute in kheer — but the key to making those recipes work is a better base. Here are her three expert tips for making riced cauliflower that's tender but still has texture.

There are a lot of methods for "ricing" floating around online, which includes methods like using a box grater or a paring knife. Patel's first tip is simple: Ditch your food processor.

"I absolutely do not like the food processor method," she says. "Because if you have a really small piece and a really large piece, they're not going to process at the same time. So, generally what happens is the smaller pieces go through the 'blending process' a lot more than they larger pieces, and you'll end up with cauliflower mush and a couple bigger chunks."

That's not great for texture. Instead, Patel recommends that you give a head of cauliflower a rough chop, ensuring that you pick florets which are roughly the same size.

"Then my absolute preferred method at that point is to fill a blender with two-thirds of water and the cauliflower in there and then pulse," she says. "The reason I like this method is because the cauliflower never actually hits the blade multiple times [per pulse]. The water keeps the cauliflower circulating at an even speed. Also, when you're doing it in a blender, you can actually visibly see all of the cauliflower."

Patel said the entire process should only take about 30 seconds.

Moisture is the enemy of cauliflower rice, so Patel's next tip is to make sure that yours is as dry as possible before going into a pot or pan. In the case of the pulsed rice, be sure to strain it once, removing it from the water-filled blender. If you're using bagged and frozen cauliflower rice, allow the bag to thaw, and then similarly strain the vegetable.

If you really want to double-down, you can also spread the riced cauliflower on a kitchen towel and allow it to fully drain, Patel says.

As with any good relationship, if you love your cauliflower rice, you've got to give it a little space.

"Do not for any reason stockpile your pan with tons of cauliflower rice," Patel says. "If you add a whole lot of cauliflower to a small pot, it generates steam — and steam is going to make the whole thing mushy."

Patel recommends using either a very large flat-bottomed pan or simply working in batches over high heat. At that point, you can allow it to cool slightly and then season.

"Before seasoning, cauliflower is bland, but that also makes it versatile, right? Patel concludes. "That means that it can take on any flavor profile."