CBS' procedural foray into Harris' Lecter-verse is a bland, unworthy accompaniment to fava beans and chianti 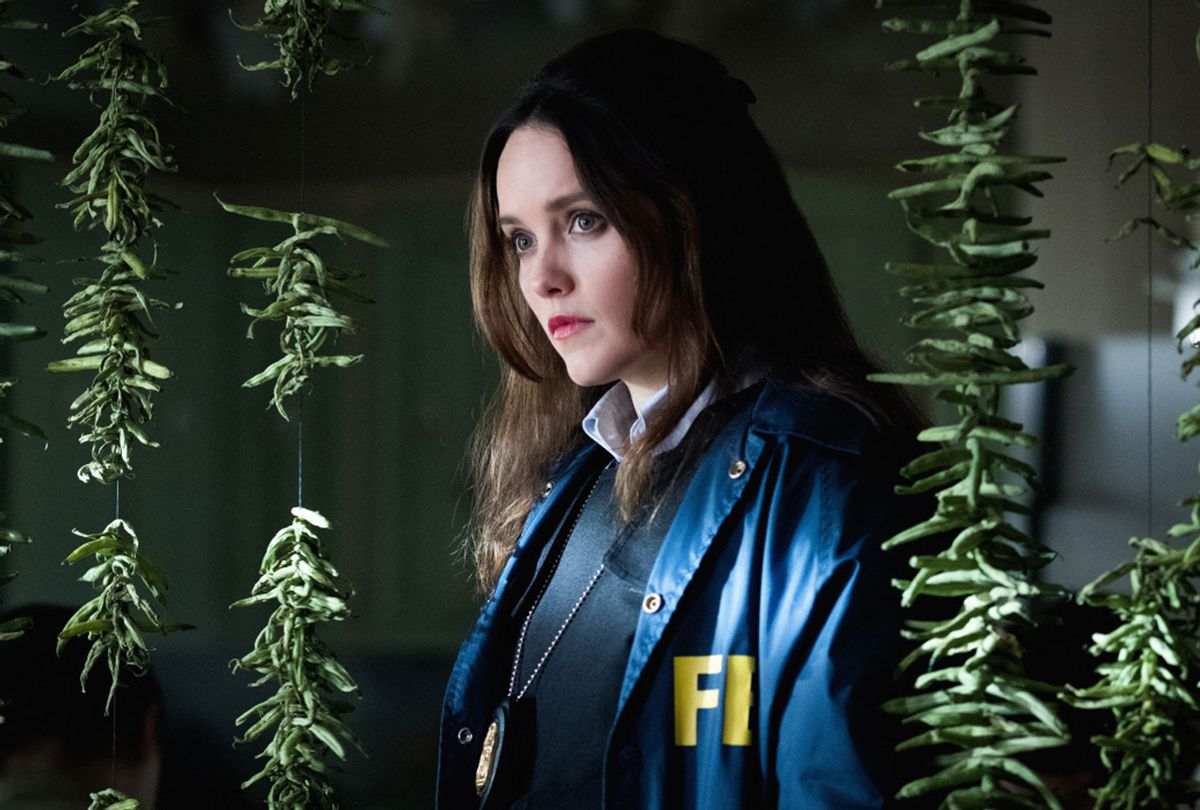 Sifting Clarice Starling through the CBS crimetime filter means we should know what to expect from "Clarice," the network's new take on the FBI agent made famous by "The Silence of the Lambs."

Three decades have passed since Jonathan Demme's multiple Oscar-winning film first hit theaters, and in the wake of its success the fear and fascination that movie's cannibalistic antagonist struck in people gave rise to an entire subgenre of pop culture freakery.

We know CBS's contribution to this. Entire drama franchises around lurid murders and the dedicated, complex men and women who solve them inform the look and execution of TV procedural to this day. "CSI: Crime Scene Investigation" kicked its popularity into high gear, leading to the eventual arrival of "Criminal Minds" and its endless parade of women in cages, freezers, boxes, hidden sheds, what have you.

Some may remember that inaugural "CSI" star William Petersen played Thomas Harris' FBI profiler Will Graham in Michael Mann's 1986 "Red Dragon" adaptation "Manhunter." Once we add that to the equation the status of "Clarice" stands as something of an ouroboros both in popular culture and for CBS, cycling back to the start of it all.

Would the procedurals evocative of the CBS brand look as they do if Demme's film hadn't been such a runaway hit? We can't know the answer to that question. We do know that close-ups on nibbled waterlogged corpses are no great shakes these days, and we encounter them in the premiere of "Clarice" . . . but not before flashbacks showing Buffalo Bill sewing what is supposed to be the lotioned skin of his victims. My brains registers these recurring images as, what, latex maybe?

Don't mistake my meaning here – these are all disgusting sights, but we've seen them time and again on this network and elsewhere. Placing a new take on Clarice Starling (courtesy of Australian actor Rebecca Breeds) doesn't make the imagery or the violence it illustrates any fresher, or illuminate anything we don't already think we know about the young FBI agent herself.

Nevertheless series creator Alex Kurtzman and Jenny Lumet try their damndest to flesh out what we know about Clarice by digging into the lasting effects of the trauma she must have sustained while contending with the rank misogyny within the Bureau that a woman like Agent Starling would have to overcome. This aspect of the drama could give it some meat, if the series can persuade viewers to get past what "Clarice" isn't, or what it's missing.

The answer to both can be captured in a word that's also a passionately adored TV title: "Hannibal."

You will not hear Dr. Lecter's name uttered in "Clarice," nor will you see him. Welcome the world of rights issues: MGM, which produces "Clarice," only has the rights to characters and storylines created for "The Silence of the Lambs."  The De Laurentiis Company, which produced Bryan Fuller's "Hannibal" series, owns the rights to the character of Hannibal Lecter.

So although Dr. Lecter wriggled inside of Clarice's psyche and at this point in the story has escaped and is seeking out his next accompaniment to favas beans and a nice chianti, Clarice is haunted more by the image of Bill and the clouds of death's-head hawkmoths infesting her brain.

The closest the three episodes flirt with referencing the famous connoisseur of human organs is when the therapist (Shawn Doyle) assigned to evaluate her fitness to serve impatiently accuses her of deflecting for a full year, "which is understandable, given your last therapist was an inmate in the Baltimore Hospital for the Criminally Insane – and, you know, ate his patients."

"You let that relationship be intimate," he says later, asking, "How do you carry that? How do you carry his rage? . . . I'll put it another way. What do you do with all your rage?" Sustained efforts to answer these questions could eventually make "Clarice" interesting. But the three episodes provided for review mainly reveal a losing struggle against the past – not merely the character's but that of the franchise.

"Clarice" picks up a year after the events of "Silence of the Lambs," and the writers drop reminders throughout the script that this is indeed a period piece, mainly in the form of Clarice being designated famous by way of 1993-era tabloids.

Because of this she's taken refuge in the FBI's Behavioral Sciences Unit and would have happily remained nestled in its anonymity if not for the intercession of Ruth Martin (Jayne Atkinson), who is now a politically ambitious attorney general.

Martin, the senator whose daughter Catherine (Marnee Carpenter) Clarice saved from that infamous hole in Buffalo Bill's basement, believes the young agent has a fresh perspective on a pair of homicides involving female (naturally) victims found stabbed to death and covered in bite marks. Clarice does develop a theory, just not one that her fellow agents expect or appreciate.

If not for the quotidian feel of "Clarice" the undercurrent of animosity Clarice faces on the violent crimes task force to which she's assigned could have given the audience something to dig into. But even that feels network typical – her new boss Paul Krendler (Michael Cudlitz) can't stand that she's intelligent, capable and a young woman who rose in after being plucked from Quantico, while her fellow agents (played by Nick Sandow, Kal Penn and Lucca De Oliveira) begrudge the awe she inspires in the public despite only having worked one case.

Even the therapist behaves more like an enemy than a support, but this may be for any number of reasons . . . sexist resentment? Maybe he wants to eat her. Who can say. But his posturing takes up less mental bandwidth than a viewer's internal struggle to refrain from comparing Breeds to Jodie Foster, or the very everyday "Clarice" to the artistically adventurous, visually intoxicating, seductive and disturbing "Hannibal."

Everything about "Clarice" wrestles between the desire to evoke its direct predecessor and stand apart from it. Breeds cranks out a fine performance that doesn't feel original to her, and that might not be entirely her fault since she's swimming in the wake of a giant standard bearer for a franchise that's been hit and miss.

The part she's taken up is a hit though, and that means one can't help thinking the Appalachian accent rolling around in her mouth sounds like something between Foster's and Julianne Moore's from the terrible 2001 version of "Hannibal." (Fortunately for "Clarice" (and Special Agent Krendler) that's set sometime down the road. )

A number of the parts that make the whole of "Clarice" feel like this is because this show is designed as a commonplace sequel to an extraordinary film. This only serves to make, say, the gray filter plunging the scenes into shadow look pancake flat or to rob familiar characters such as Cudlitz's Krendler of possible depth and expansion.

At the same time Devyn Tyler picks up the role of Clarice's Quantico friend Ardelia Mapp (played by Kasi Lemmons in "Silence") and seems to have a good time with it, adding glimmers of levity into the bleakness. Both of these characters and actors could grow into something more than we've seen from them so far, mostly because we don't know much about them.

But we know Clarice, or at least we think we do; so does Breed, whose efforts keep us from writing off "Clarice" entirely. Kurtzman and Lumet also chose to diverge from any serial killer of the week expectations by throwing us off that assumption straightaway, and putting it aside entirely in the second episode to have Agent Starling face off with a cult.

Turning away from past associations would be a fine choice for this character and the continuation of this franchise if it were airing anywhere else. Here it restricts a uniquely charismatic figure by placing her inside of a standard procedural, which is a shame because Clarice Starling isn't your average agent. In this show, on this network, she might as well be.