In a lengthy post, the singer apologized and acknowledged how he's benefited from an industry that boosts men 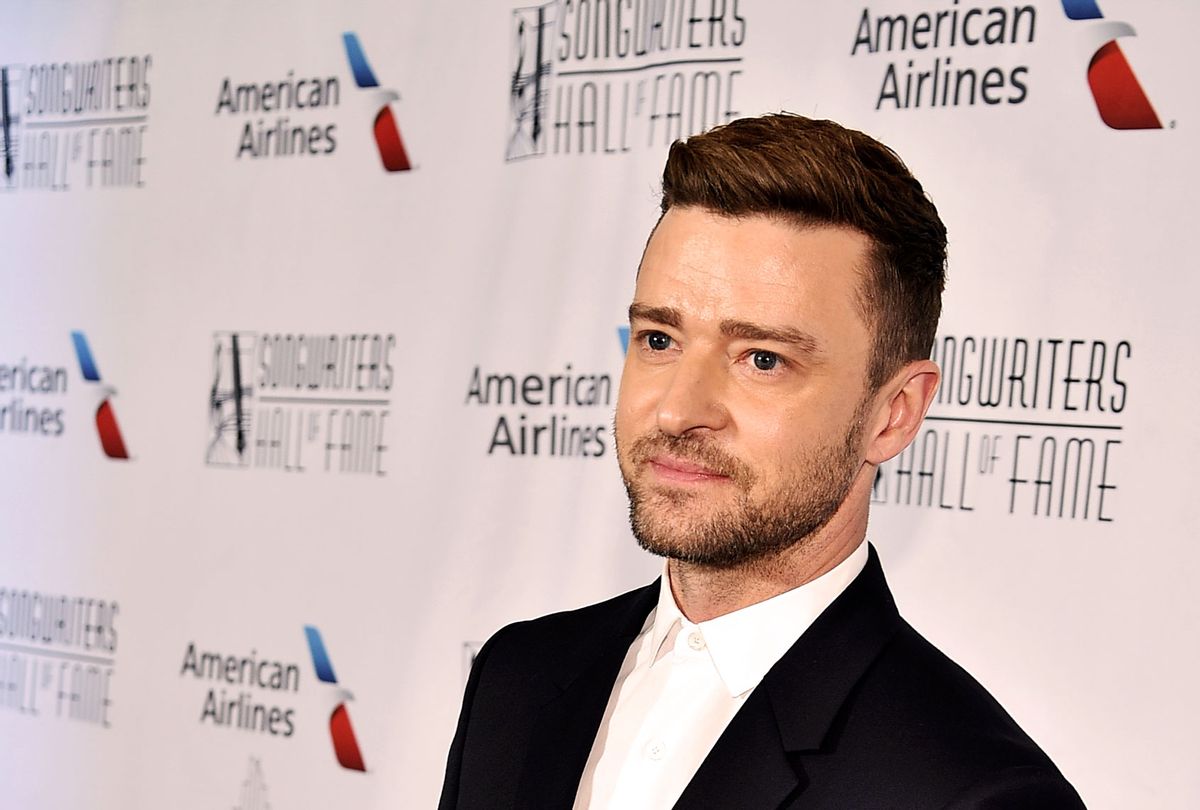 In a lengthy Instagram post, singer Justin Timberlake apologized to fellow musicians Britney Spears and Janet Jackson for his past actions, which have been recontextualized in light of a new documentary.

"I've seen the messages, tags, comments, and concerns and I want to respond," Timberlake wrote on Friday. "I am deeply sorry for the times in my life where my actions contributed to the problem, where I spoke out of turn, or did not speak up for what was right. I understand that I fell short in these moments and in many others and benefited from a system that condones misogyny and racism.

"I also feel compelled to respond, in part, because everyone involved deserves better and most importantly, because this is a larger conversation that I wholeheartedly want to be part of and grow from," Timberlake added. "The industry is flawed. It sets men, especially white men, up for success. It's designed this way. As a man in a privileged position I have to be vocal about this. Because of my ignorance, I didn't recognize it for all that it was while it was happening in my own life but I do not want to ever benefit from others being pulled down again."

Timberlake's social media post comes a week after the release of "Framing Britney," an FX on Hulu documentary that was produced in collaboration with The New York Times. The documentary is partially about how Spears has been under a conservatorship, led by her father Jamie Spears, since 2008. This has given rise to the #FreeBritney movement, led by fans who want the public and legal system to more critically assess the arrangement.

But, as Salon reported, a dominant thread running through is the deep misogyny that shaped the public perception of Spears, which was only amplified by paparazzi intrusion. Timberlake, whom Spears dated for several years, is portrayed as eagerly playing into that sexism following their break up.

While the tabloids portrayed her as unfaithful, Timberlake only fanned the flames of those rumors by releasing the song "Cry Me a River," with a music video that featured a Spears look-alike cheating on him. On the talk show circuit he repeatedly bragged about having sex with Spears, who had spoken publicly about wanting to wait until marriage for sex.

During one rado appearance, Timberlake was asked: "Did you f**k Britney Spears?" He laughed and paused, before finally responding, "Okay, I did it." In a later interview, he confirmed that he'd had "oral intercourse" with her, saying, "I did it. I'm dirty."

Timberlake faced new backlash for his behavior towards Spears following the premiere of the documentary, which also coincided with Super Bowl weekend. This reminded some viewers of Timberlake's 2004 Super Bowl performance with Janet Jackson wherein Timberlake ripped some cloth from Jackson's outfit, exposing her breast.

There's been a lot of speculation about whether it was a publicity stunt or an accident, but the response to the musicians was wildly different — just like in the case of Timberlake's break-up with Spears. Jackson was essentially disinvited from the Grammys the following weekend, while Timberlake attended and won two awards.

"It's clear from Justin Timberlake's career choices that he allows for women to take the fall in order to avoid accountability — Britney Spears, Janet Jackson — both major pop stars where the former influenced the latter in terms of performance and sexual charisma," author Morgan Jerkins wrote on Twitter.

Dylan Farrow also once called out Timberlake's hypocrisy after he was seen wearing a Times Up pin, while also starring in Woody Allen's film "Wonder Wheel."