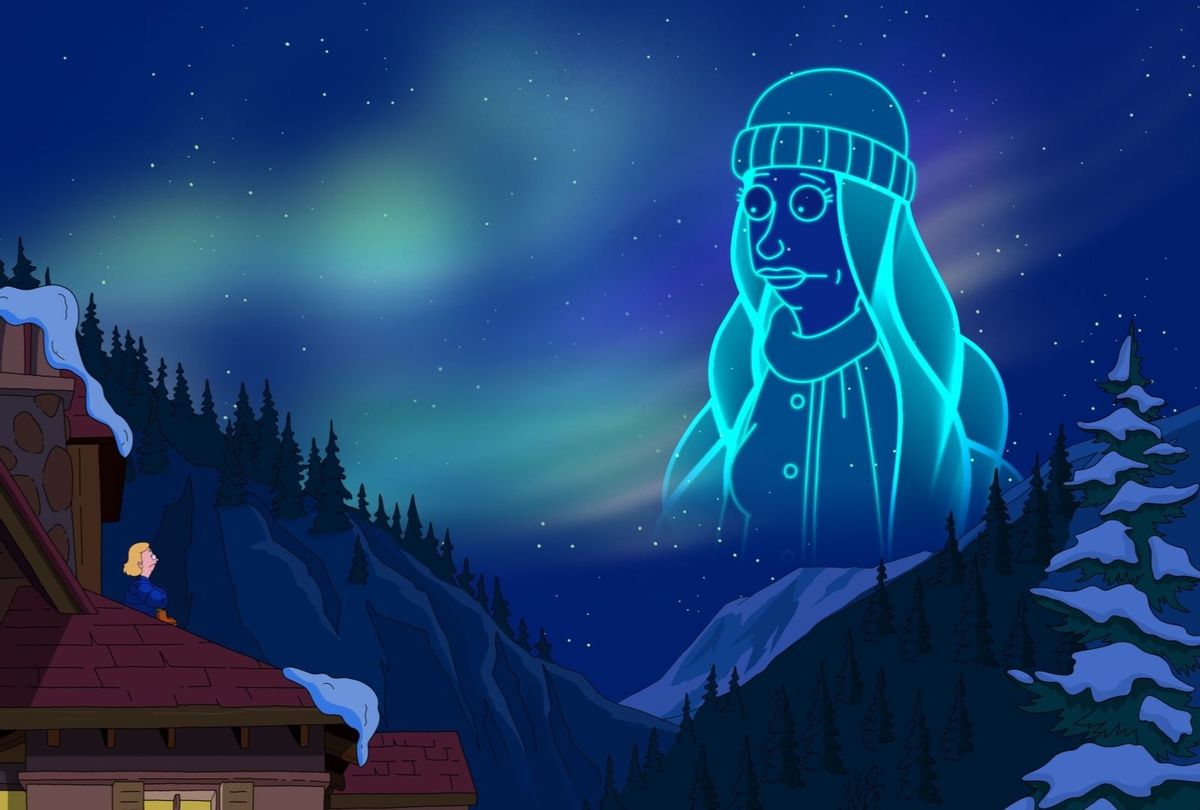 "The Great North," the new adult animated series on Fox, gives its characters — and its viewers — a lot of room to let their imaginations roam. From depicting Alanis Morissette (yes, the Alanis Morissette, who voices herself) as a floating torso who offers advice from the glow of the Aurora Borealis, to diving into a town-wide Feast of Not People festival, think of the show as a wacky, snow-covered cousin of "Bob's Burgers."

That vibe is derived, in large part, from the experiences of "Bob's Burgers" writing partners and sisters Wendy Molyneux and Lizzie Molyneux-Logelin, who found that growing up in the wide-open spaces of rural Indiana offered different opportunities for storytelling. It's one of the reasons they decided to set their new series "The Great North" in Alaska.

"When we were little, we found what turned out to be a cow bone in a cornfield," Molyneux said in an interview with Salon. "But for a week, my friends and I were like, 'We have discovered a murder.' So, my childhood is making a bit of a cameo here."

It's a setting that has long inspired the imagination (like in the long-running and beloved series "Northern Exposure") and still inspires unique adventurous activities, like capturing an errant moose, flying a puddle jumper in search of avocados, and a hyper-competitive curling league.

"The Great North" centers on the trials and triumphs of the Tobin family, which is led by single dad Beef (Nick Offerman). He's desperate to keep his only daughter, Judy (Jenny Slate) close, though she has artistic dreams that lead her away from the family fishing boat to work in the local mall's glamour shot studio. Will Forte plays Judy's eldest brother, Wolf, whose fiance Honeybee (Dulcé Sloan), has recently moved to Alaska to be with him. Then there's Ham Tobin (Paul Rust), the middle brother, and Moon (Aparna Nacherla), the youngest. 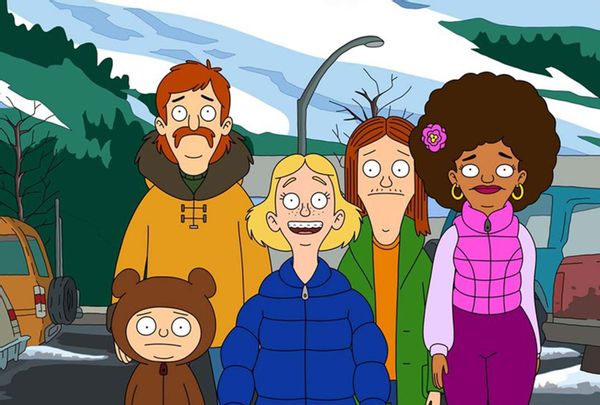 Each episode is, quite literally, an adventure. Browsing the episode titles, there's "Sexi Moose Adventure," "Feast of Not People Adventure," "Avocado Barter Adventure," and "Romantic Meat-Based Adventure." You'll, uh . . . probably notice that meat is a enduring theme through the show, from serving as the basis of Beef and Ham's actual names, to being the chosen theme of a local single's event (which Judy obviously pushes her dad to attend).

While the setting of "The Great North" separates it from their other Loren Bouchard-produced show "Bob's Burgers," where most of the activity takes place in the titular family restaurant in an unnamed seaside community, the two shows do share some DNA. Besides appealing to carnivores, both are set in the same general universe.

Also, according to the sisters, they're knit together by a common thread in how they depict their main families. Where many animated shows still mine sitcom-style family conflict – where the mom is the scold and the dad is kind of inept – for storylines, "Bob's Burgers" and "The Great North" take a different tack.

To create this weird family, the early stages of working on "The Great North" focused on securing the vocal talent essential to conveying these quirks.

"We really wanted to work with Nick Offerman and we were also huge Jenny Slate fans, so they came to mind," said Molyneux-Logelin. "I think from there, we just naturally started thinking about what sort of dynamic they would have — father and daughter? I think that's where we sort of built out the Tobin family, and we knew we wanted them to have a special connection, a special bond. So that's when the idea came up of a single father and his only daughter."

Beef isn't single through divorce or death. Rather, Judy's mom has been in the wind for a while, which drives the early preview episode "Sexi Moose Adventure" (available now on Hulu). Therefore, the writers of the show knew that wanted to imbue the show with some additional female energy.

"We had started thinking about the idea that Judy might want to have someone to talk to, an imaginary friend or a muse," Molyneux said. "We thought it should be someone who's from the northern parts [Morissette is originally from Ottawa, Canada]. We eventually hit on Alanis because she was part of our childhood and adolescence, and it just clicked right away. We wrote it and just kind of hoped she would say 'yes,' which is not usually a great strategy, but in this case it worked out."

The "You Oughta Know" singer apparently had a great sense of humor about working on the show, and was often in on the joke.

"It's been just so much fun and she's really, really funny," Molyneux-Logelin said. "Sometimes we're taking pieces of her music or her life and using it as advice to help Judy. You never know exactly how someone is going to react to that, and she's just been so phenomenal."

With the addition of voices like Morissette — as well as characters like Honeybee and Judy — the sisters hope that "The Great North" will continue challenging what they characterize as a long-standing assumption that women aren't as interested in watching animation as men, something that "Bob's Burgers" characters like Tina, Louise and Linda have helped challenge as well.

"I think especially with Tina, she really grabbed a lot of attention of girls that were more in that teenage space that really felt a real connection with her," Molyneux-Logelin said. "I wasn't surprised. I think that there's always been that appetite for girls to see themselves in characters like that."

The sisters said that in working with Jenny Slate, who voices Tammy on "Bob's Burgers" and recently stepped down from voicing Missy on "Big Mouth," one of their goals was definitely to create another strong girl character that would sort of speak to "a little bit of how Wendy and I felt in our teen years of maybe not being the 'coolest girl,' but being drawn to this artistic world," said Molyneux-Logelin.

Her sister agrees, adding that the idea that women wouldn't like animation is an absurd cultural presumption, but one that still persists.

"The Great North" premieres on Feb. 14 at 8:30 p.m. on FOX. The two early episodes that already previewed are currently streaming on Hulu.