Where is the love?: Seeking intimacy in Josephine Baker's films

When her film characters shed their façades and the great Josephine Baker is revealed, something startling happens 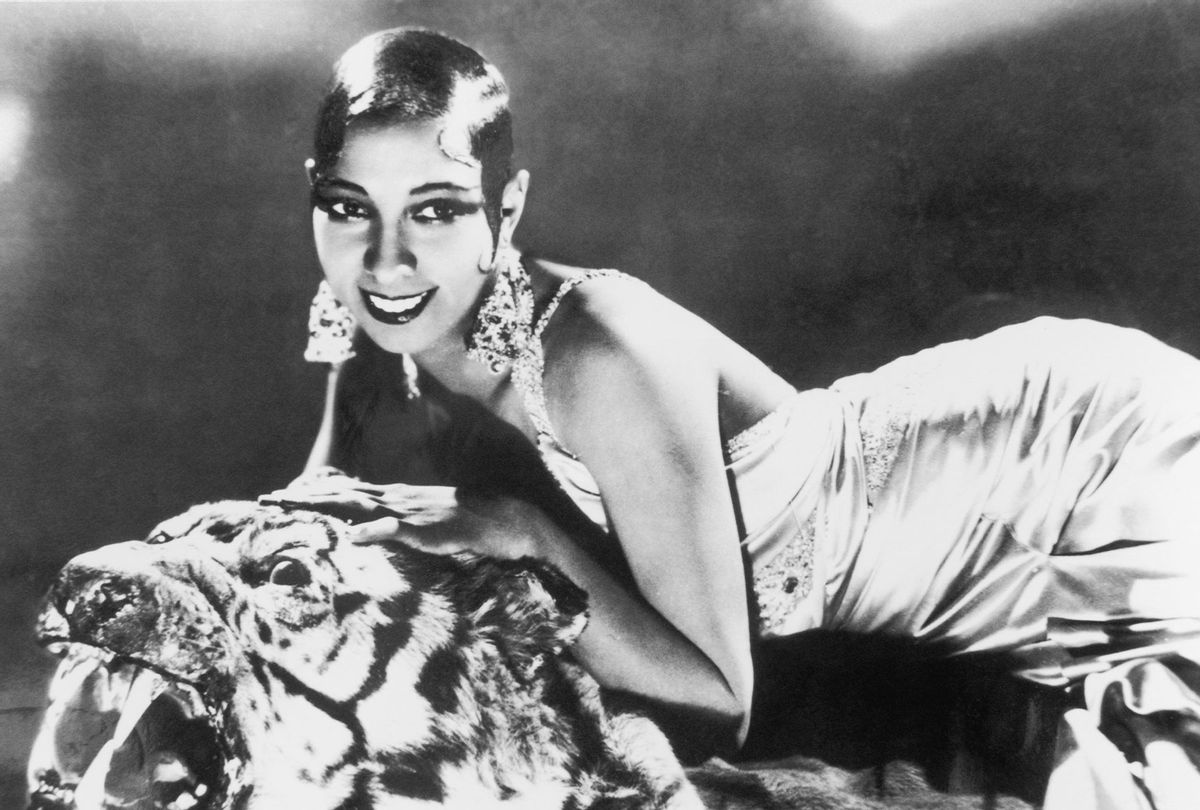 Despite her landmark achievement of topping the bill in three feature films in the early 20th century when most Black women actors were structurally relegated to the narrative backdrop of white American and European productions, Josephine Baker's films grieve the star she might have been. She projected vivaciousness, glamour and a uniquely womanist internationalism as she shimmied in bananas, performed in world capitals, and strolled with her cheetah, but her screen roles placed this extraordinary performer in a paradoxical space where she was both essential and incidental to the plot.

The Baltimore Afro-American acknowledged the attraction of Baker's dancing in "Siren of the Tropics" as well as the forward-thinking interracial romance, but the reviewer rejected its unloving terms, writing that if Papitou (Baker's character) is embraced "it is only because she has flung herself there, and not because he has made any effort to draw her to his French bosom." Other reviewers referred to Baker's performance as servile or what we might today call thirsty. And if Papitou was thirsty, her next two characters, Zouzou and Alwina, were parched.

Baker's next two films show a troubling lack of mutuality between the co-leads and "Zouzou" is particularly sad. Zouzou reluctantly performs a successful show to raise the money to bail her beloved out of jail only to see him embrace her best friend in his first sweet moments of freedom. In tears she turns away and runs towards something in the distance we are never shown, down streets whose too-close walls and storefronts feature posters announcing her performances. The scene prismatically references Zouzou the character as well as Baker the actor and music hall performer. As Zouzou mourns the loss of her Jean, I wonder if Baker too laments her rejection within the film built on her fame and persona.

This past Valentine's Day weekend I was inundated with wonderful recommendations of black screen romances, both tragic and inspiring. Among them were "Sylvie's Love," "Southside with You," "The Photograph," "Moonlight," "Queen and Slim" and "Lover's Rock." The 1990s had to be there too with "Love and Basketball," "Love Jones," "Watermelon Woman" and "Poetic Justice." "Medicine for Melancholy" has long been a personal favorite of mine. In the Before Times of early 2020, as director of the Black Film Center/Archive and in collaboration with Indiana University Cinema, I had programmed a series on Love! I'm in Love! celebrating classic black films of the 1970s: "Claudine," "A Warm December," "Aaron Loves Angela." Each film was prefaced by the stunning 1898 "Something Good-Negro Kiss," recently preserved by archivist Dino Everrett and identified by Dr. Allyson Field. It played in silence in our grand theater which only amplified the gasps, oohs and awe of audience members as they watched the first documented on-screen kisses between Black American performers.

What does it look like when the romantic lead of a narrative is actually propelled by her own feelings, longings, and misgivings?

Sharp's film had it all for me. The protagonist Susan (Numa Perrier) has left her home in the United States to rekindle a past romance. Luis (Jose Casasus) lives in Holbox, an island off the Mexican coast, reachable only by skiff. We first see Susan on the small open-air boat looking at once pensive, curious, and assured. Some elements of the scene say vacation but she held a purpose apart from her fellow travelers. She struck me as a visionary Black woman, on a quest, and taking a risk. We later meet her in her sadness, her anger with how her life has turned out and of course her regrets in letting Luis go. My favorite scenes were those between Susan and Luis, as when she turns and asks the seemingly impossible: please, come, spend three days with me. Susan is daring and quixotic, a little selfish too. Still, there is such a softness between Susan and Luis, holding each other in the shared gaze of former lovers who have known one another, who are remembering each other. I could have eaten that. The softness there can be between two people.

But there's more. The Susan-and-Luis story is embedded within the larger narrative, sort of a psychological thriller set in Los Angeles in which a Black woman screenwriter (JoNell Kennedy) is trying to sell the story we are seeing take place in Holbox. We see her revise it in real time according to the unhelpful and oppressive yet hilariously rendered advice of studio executives. Now my true love is on screen: film criticism!

Unbearably nerdy, I know, but what could be more exquisitely pleasurable than living a life you truly love, one in which you can experience the most elusive of all loves, that is the love of the self — the self-respect that comes with knowing your own mind on a thing.

Sharp's rendering of the screenwriter Zoe and her unrequited love/abusive relationship with the film industry made me think of the intimacy of authorship, the closeness between a writer and her readers. You want to be seen and heard by readers in ways no lover can truly satisfy. The meeting of minds, being moved, from one place in yourself to another, by someone's words is a passion like no other.

And so, we feel the pain of Zoe's alienation as an artist, which brings me back to Baker: a genius, a risk taker, and an exuberant performer who starred in films whose narratives stranded her in trajectories of rejection and abandonment—and flight?

"Princess Tam Tam" resembles "Una Great Movie" in its film-within-a-film structure. Baker plays Alwina, a shepherdess who is taken up as a muse by a writer seeking inspiration. He takes her into his home to study her and alas, she falls in love with him — actually, she said she's troubled, which could imply she is either uneasy or that she has butterflies. Although (spoiler) he returns to his wife instead of choosing Alwina long-term, she, as a character in his novel, embraces her adventure to Paris and astutely rejects the aspects of French society that do not appeal to her. Eventually, she abandons Europe, returns to North Africa, where she immerses herself in scenes of domestic tranquility.

In this and other Baker films, her character's sorrow mixes with the elation of artistic triumph and solitude. Strikingly, when her characters shed their façades and the great Josephine Baker is revealed, she leaves the plot, as though no story could contain her — or as though there is no place for her, even in her own movie.

Sigh. While Baker's films may not have pictured "Black love" or any form of idealized romance, they offer something even more pleasurable. I think, as Sharp's brilliant film suggests, artistic satisfaction and love both grow from the same loam, a rich mixture of critique, self-awareness, openness to revision and honesty about the complex enterprise of selfhood, particularly as a Black woman creative in this world, which is clearly inadequate to and honestly undeserving of her luminosity. Baker's labor on screen was a site of great vulnerability while it was the location of her pioneering triumph as the first Black woman to star in a major film before Diana Ross, before Eartha Kitt, before Lena Horne, before Dorothy Dandridge and before gorgeous, saucy Nina Mae McKinney. In the beginning was Josephine Baker.

Terri Simone Francis is the author of "Josephine Baker’s Cinematic Prism." She is Associate Professor and Director of the Black Film Center/Archive at Indiana University. Her essays appear in Transition and Another Gaze.