500,000 dead Americans: One year of COVID exposes the rot of GOP ideology 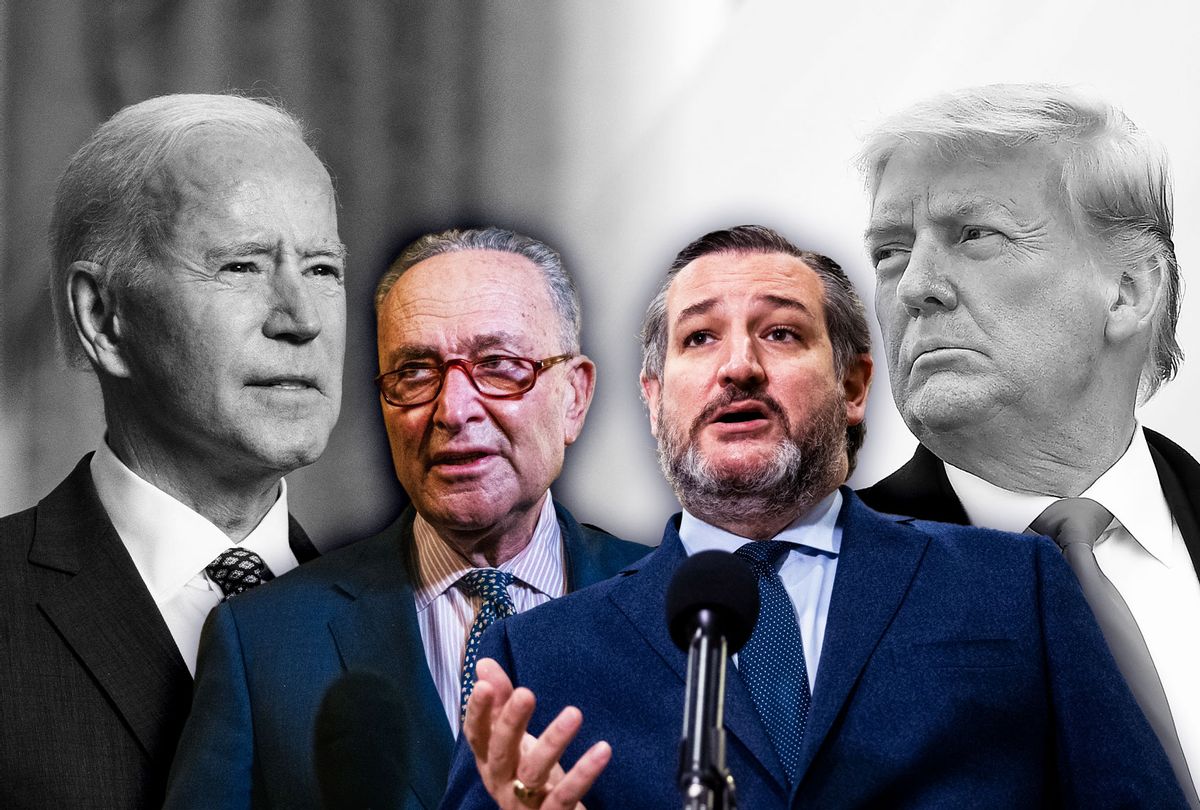 The U.S. is expected to cross a grim milestone on Monday that was unimagined by even the worst projections from the beginning of the pandemic nearly one year ago: Half a million dead from COVID-19. And those are just the direct deaths from recorded instances of the disease. Excess mortality rates show that for every two official COVID-19 deaths, there's another excess death, likely due to myriad related causes, from increased rates of poverty to strains on the health care system to undiagnosed cases. What is clear, however, is that the past year has exposed the rot of GOP ideology that led to such excess death and despair.

While Republicans love to quibble to muddy the waters around pandemic failure assessment, there is no denying that Donald Trump's approach to the coronavirus — do as little as possible, push for premature re-openings, hide the evidence by discouraging testing — led to hundreds of thousands more dead Americans than we would have seen under a competent administration.

Yet, as tempting as it might be for some to attribute those failures to Trump's unique combination of laziness and malice towards the public, the situation in Texas is a cold reminder of how well his failures fit with the larger GOP approach to policy. The state is in shambles, laid flat because the power and water systems — poorly managed due to the Republican mania for low regulation — were no match for the kinds of extreme winter storm events that climate change is making more common. Texas's situation illustrates how Trump's approach to the pandemic is just one aspect of the Republican approach to everything, which is to say, to neglect government duties in favor of pandering to wealthy interests and to deflect and deny when the consequences inevitably occur. Democrats must now do more to seize the moment.

The utter failures of the GOP's ideology have never been better illustrated than they are right now. The villains, such as Sen. Ted "Cancun" Cruz and Donald "Let's Have A Coup" Trump, couldn't be more sinister. And Republicans themselves know it, which is why, as Greg Sargent of the Washington Post said, they are resorting to "scorched-earth distraction politics and counter-majoritarian tactics to insulate themselves from accountability." (Changing course to suck less, of course, was never on the table.) The moment is, in other words, ripe for Democrats to undo decades of conservative propaganda demonizing the very idea of government services and to usher in a new, FDR-style approach where the government is once again viewed as the solution to collective problems.

Such mobilization will require swift, bold action well beyond the most immediate needs to stop the bleeding. Unfortunately, there's already good reason to fear that the Democrats are going to be dragged down by cowardly centrists who can't get out of the failed notions of "bipartisanship" and fear of a right-wing backlash that has hobbled the party's ability to make real inroads for generations. If Democrats fail to quickly pass meaty, life-changing legislation for Americans, what's going to happen is what has been happening for decades: voters will drift away from the polls, leaving an already over-powered right-wing minority to dominate. Both the government's ability to handle responsibilities and public trust in our institutions will continue to degrade. Temporary Democratic wins will become fewer and farther between, as Republicans use their regained power to pass more laws securing minority rule. Breaking the vicious cycle has to happen now, or it may never happen.

First, the good news: President Joe Biden definitely understands that massive relief efforts for the coronavirus pandemic are an incontestable baseline. Despite efforts from Republicans to leverage mewling about "unity" and "bipartisanship" to drag down the amount that Biden plans to spend, Democrats are moving forward with a $1.9 trillion package proposed by Biden, which they can pass through the budget reconciliation process that only requires 50 votes in the Senate, with Vice President Kamala Harris as the tie-breaker.

But the grim reality is that as big a number as $1.9 trillion may be, the bill is simply not enough to even begin the process of restoring faith in government. There are years of Republican malfeasance to the chronic wealth inequalities and lack of health care, capped off with half a million dead from a pandemic and a decaying infrastructure system. There is so much that needs to be done to bring this country back from the brink, including passing the public health care option that Biden has publicly claimed to support, investing in infrastructure in a way that ameliorates climate change instead of making it worse, and passing massive democracy reforms that roll back all the ways Republicans hang onto power despite being a minority. Even something as simple as granting statehood to Washington D.C. could do wonders to set the country back onto the path to wholeness.

Unfortunately, there is good reason to believe that after passing a coronavirus relief bill Democrats are going to twiddle their thumbs for two years and then get wiped out in the midterms, having understandably lost the support of millions of voters who busted their butts to elect Biden only to see inaction on most of the issues facing the country. Unless something drastically changes and Democrats take seriously the need for filibuster reform, Republicans will kill everything on the long list of must-pass bills. The result will be a do-nothing Congress and voter apathy that will drive down turnout beyond the goals of even the most robust GOP voter suppression efforts.

The filibuster holdouts are just a couple of centrist senators, Sen. Kyrsten Sinema and Sen. Joe Manchin of West Virginia, who are currently acting as if they don't care if Democrats lose power in the 2022 and 2024 elections. But the blame still falls on the shoulders of the larger Democratic party for not doing more to seize this moment of crisis to explain to both these senators and to the public at large why Republicans have failed them so badly — and what needs to happen to fix the situation more permanently. Instead, the fight has already focused on executive orders and budget reconciliation, with Democrats debating whether student loan forgiveness is possible through the first and minimum wage raises through the latter.

Any one of those individual policy ideas is good but falls far short of what needs to happen if there's any chance of turning this country around. It's heartbreaking to see Democrats clip their wings so early by seemingly giving up on the only thing that could actually work to save us, which is ending the filibuster. Maybe it's not possible and Democrats like Sinema and Manchin are too foolish or pig-headed to see that their refusal to budge dooms both their party and the nation. But certainly, it should be worth it for Democrats to give all of their energies to this issue. It's not like they have anything to lose by trying. Failing to end the filibuster means they will lose power, perhaps permanently, anyway. Half a million people are dead. If that's not enough reason to change course, nothing ever will be.