Whatever "conservative" once meant in American politics, it's now just a flimsy rhetorical shield for fascism 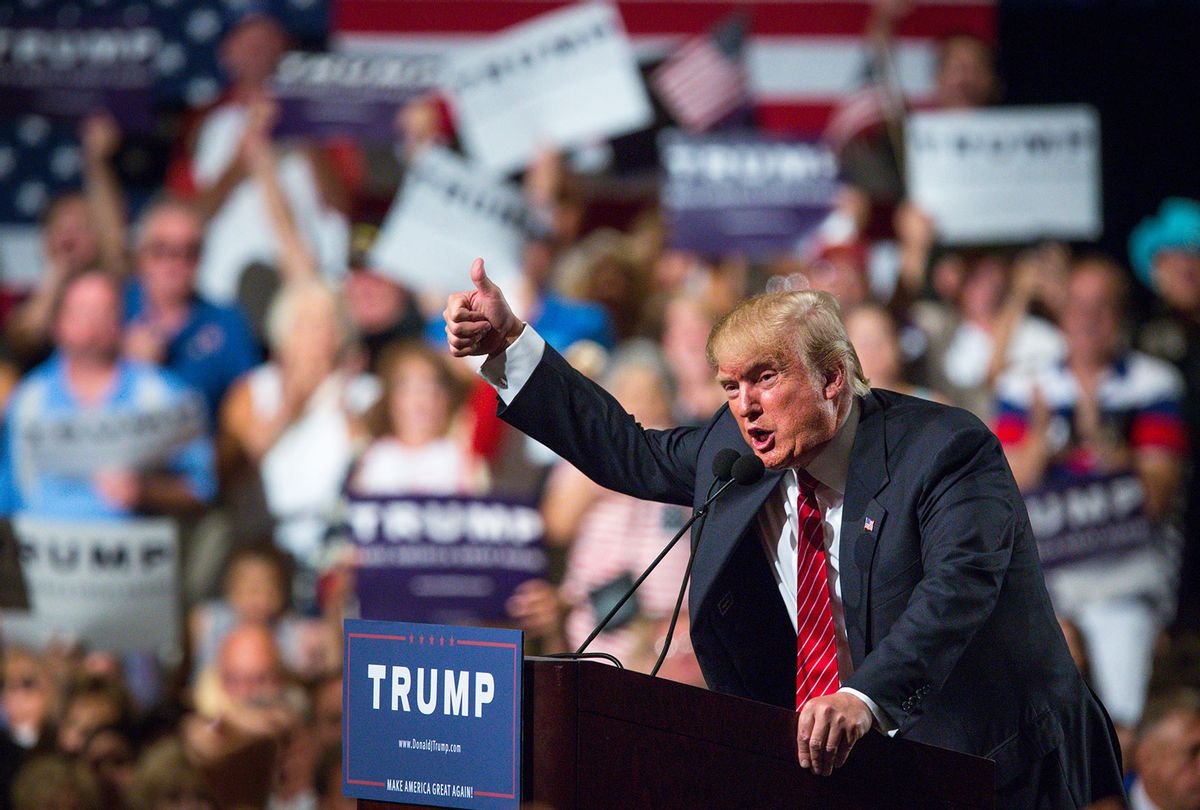 Let me pose a riddle of sorts.

Donald Trump is a force of political, human, moral and economic destruction. He is the leader of an American neofascist and white supremacist movement. Today's Republican Party has fully become an extension of his political cult and crime family.

Trump incited a lethal attack on the Capitol as part of a larger plot to overthrow American democracy. Although Trump was defeated by Joe Biden at the polls, he actually received 10 million more votes than he did in 2016. This is a historic level of support, only surpassed by the 81 million votes Biden received in the same election. Biden may be president of the United States now, but Donald Trump is now positioning himself as a shadow president.

Moreover, public opinion polls show that Trump himself is more popular than the Republican Party as a whole. White right-wing evangelicals worship Trump like he is a god. Sen. Mitt Romney has warned that Trump will likely win the 2024 Republican nomination if he chooses to run a second time.

TrumpWorld endures. It has shown itself, at least for now, to be indomitable.

Hence, the riddle: What then does "conservative" really mean for today's Republicans?

The most benign and generous understanding of "conservative," in the traditional context of American politics, is drawn (however loosely) from the 18th-century Anglo-Irish philosopher and statesman Edmund Burke. It signifies an aversion to change, or perhaps even a belief that change, when necessary, should be gradual. "Conservative," at least in that conventional context, denotes a respect for stability, tradition and existing societal norms and institutions.

Donald Trump, his movement and its allies have almost no relationship to that tradition, and overwhelmingly reject such values. In the Age of Trump, American democracy is under assault by neofascism, white supremacy, authoritarianism, gangster capitalism and other antisocial values and beliefs.

Trump and his Republican Party and their followers have no respect for the rule of law, and have consistently sought to undermine it.

Basic and common understandings of truth and consensus reality have been discarded or ignored by Trump and his movement in favor of the Big Lie — and the innumerable small lies that sustain it. Contrary to widely-held folk theories of democracy, which presume a shared commitment to consensus politics, Trump and his movement have now normalized right-wing terrorism and political violence directed against liberals, progressives, nonwhites, Jews, Muslims and others deemed to be "the enemy."

Public opinion polls and other research show that Republican and Trump voters embrace such values and beliefs, and now believe that political violence (on the order of the Jan. 6 Capitol attack) may be necessary as a way of protecting their power and privilege in American society.

From top to bottom, the [Republican] party has stoked the embers of extremism. They have worked to convince their supporters that Democrats are monsters, they have to delegitimize the mainstream press and replace it with fact-free alternatives, and they have embraced extremist politicians and commentators who have condoned violence in the name of putting down the Democratic "threat."

This is not just a question of "that's how we got Trump" (though this is in fact how we got Trump). It's that the party leadership has knowingly and willfully created an entire segment of the electorate that is prone to violent and dangerous conspiratorial thinking.

The version of conservatism that Trump and his voters and followers have embraced is "conservative" politics as destruction. Its goal is to return the United States to a mythic (and largely imaginary) past of complete white — and male and "Christian" — dominance over every area of American life.

Such a plan is made possible through a radical, extremist right-wing politics in which "conservatism" and an appeal to "traditional values" are used to mask or camouflage an assault on multiracial democracy and a more cosmopolitan, inclusive, democratic and humane American society.

There are many examples of this rhetorical strategy and its relationship to right-wing power.

For several decades, the Republican Party has targeted the Democrats as being "radical" and "too liberal," as veering into "socialism" and being "out of touch" with "everyday Americans." In reality, the Republican Party has deployed a strategy of asymmetrical polarization, in which it has consistently dragged the Democrats farther and farther to the right.

The mainstream news media has largely been cowed into enabling the Republicans' turn to extremism, for fear of being slurred as "too liberal" and "biased" — thus the defensive compulsion towards "both-sides-ism" and a bogus "neutrality," rather than objective truth-telling and a spirited and resolute defense of American democracy.

The outcome of asymmetrical politics and other forms of right-wing polarization is a Republican Party that looks more like a European neofascist political party than a traditional center-right party that supports democracy. The resulting "middle ground" thus artificially created exists between the two parties in a space far to the right of most Americans' policy preferences.

The recent weather disaster in Texas is another example of how the Republican Party's turn to right-wing extremism and its anti-human and anti-life policies have been normalized under the cover of "freedom" and "conservative" economic policies. In practice, these allow the "free market" to decide what is supposedly best for American society, on the pretext of maximizing individual freedom and "liberty."

Naomi Klein recently explored this at the New York Times:

Blame right-wing panic. For decades, the Republicans have met every disaster with a credo I have described as "the shock doctrine." When disaster strikes, people are frightened and dislocated. They focus on handling the emergencies of daily life, like boiling snow for drinking water. They have less time to engage in politics and a reduced capacity to protect their rights. They often regress, deferring to strong and decisive leaders — think of New York's ill-fated love affairs with then-Mayor Rudy Giuliani after the 9/11 attacks and Gov. Andrew Cuomo in the early months of the Covid-19 pandemic.

Large-scale shocks — natural disasters, economic collapse, terrorist attacks — become ideal moments to smuggle in unpopular free-market policies that tend to enrich elites at everyone else's expense. Crucially, the shock doctrine is not about solving underlying drivers of crises: It's about exploiting those crises to ram through your wish list even if it exacerbates the crisis.

Ultimately, when today's Republicans and their voters and other followers say that they want the party to become "more conservative," what is really being communicated is a desire for "friendly fascism." This is in no way a rejection of Trumpism — indeed, most Republican elected officials, as well as "traditional" Republican voters, supported (and continue to support) almost all of Trump's policies. Rather, this desire to become "more conservative" represents a yearning for a more polite, less crude leader to complete Trump's resurrection of a new American apartheid where "those people" know their proper place and stay in it.

Today's Republicans love Donald Trump and his policies. Most of them, however, do not want the shame, stink, blood and filth of his neofascist project on their hands. Like the "good Germans" of the Nazi era, Republicans want to believe that they are good and decent people who can hide behind fictions of plausible deniability for the evils committed by their leader. Calling themselves "conservatives" is an effort to shield themselves from responsibility and complicity. Will this subterfuge succeed? The American people and the world will find out soon.