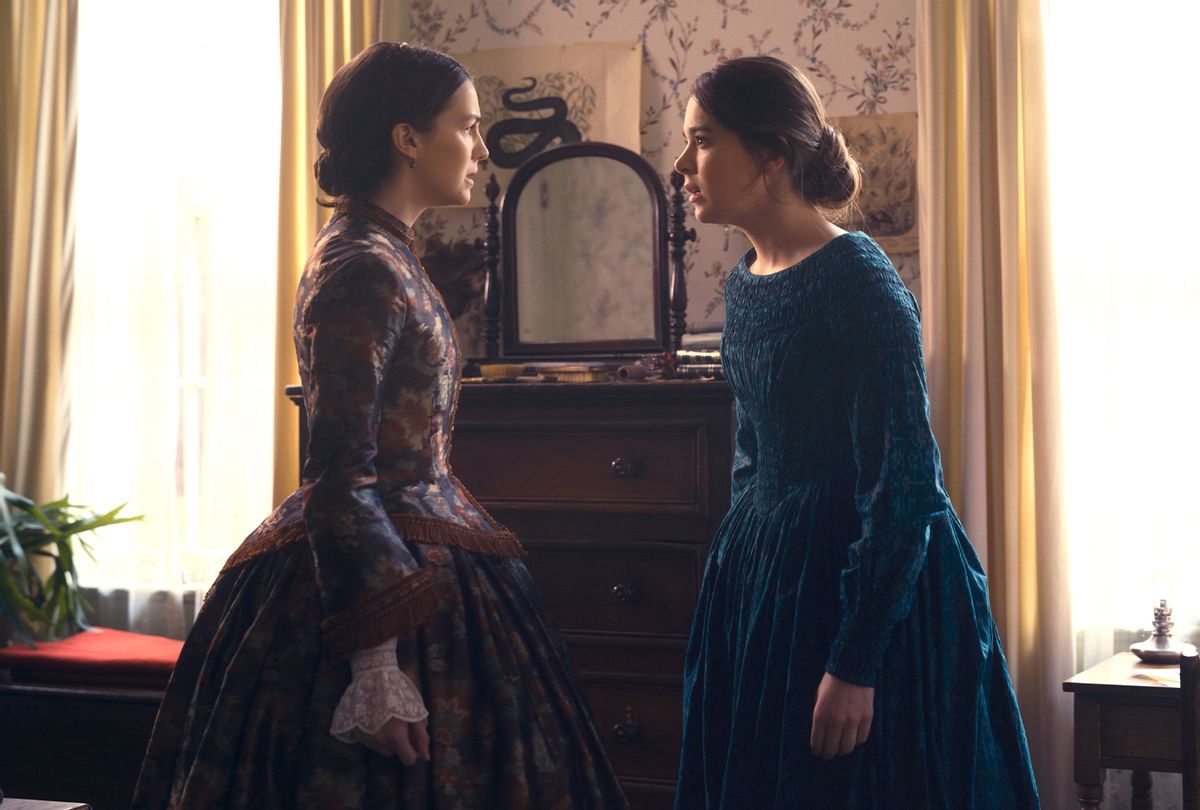 The "Dickinson" season 2 finale presents an Emily ablaze – with rage, desire, passion and determination. Within the confines of her home the poet smokes and fumes, bellowing pillars of flame at the man attempting to steal her agency and stoked the embers of lust in the skin of her truest love into a full-fledged fire.

Meanwhile in another part of town her sister, brother and parents witnessed their church burn down.

This is the only literal aspect of "You cannot put a Fire out" and ranks lower on the list of twists than those other metaphorical conflagrations, the first being the unavoidable confrontation between Emily (Hailee Steinfeld) and newspaper publisher Sam Bowles (Finn Jones) and the second a gorgeous, dreamy consummation of a love that dare only speak in stanzas.

Earlier in the season's run "Dickinson" creator Alena Smith reminded us that everything about this series is a response to patriarchy. "If men hold all the power," she told Salon, "then women need to contort and shape themselves around men in order to have access to power themselves."

This thought is heartening and infuriating in equal measure because it involves different ways of contemplating desire and vulnerability in the context of this final hour.

"You cannot put a Fire out" is a culmination of indulgence, and a pure exhibition of empowerment through the female viewpoint. But it also invites us to consider how we define that concept for ourselves and, more specifically, what role fame plays in our concept of claiming our power. Modern audiences have a tendency to see a link between the two, chasing exposure and building brands that don't necessarily match reality in order to convey an image of success.

Very little of this would seem to apply to Emily's life in the 1800s except, that is, where the writers highlight those connections. In this second season Emily ruminates on what it would mean to remain great but anonymous as opposed to being a published and celebrated author. The mystery of why Dickinson, a very prolific poet, published very little of her work while she was alive is one of the unknowns this series plays with.

"Dickinson" makes the case that her choice to be a "Nobody" is one at which she arrived after several harsh lessons, the largest of which involves a betrayal of male allyship. In these episodes Sue introduces Sam to Emily and encourages Sam to become Emily's artistic patron, a generosity he's shown to other female artists in that era.

But neither Sam nor Sue encourages Emily to gratify her ego for purely altruistic reasons. Sue absolutely believes in Emily's talent, pushing her out of a sense of loyalty and love, and to atone for her squelched physical  yearning for her best friend.

Sam, however, operates from a more selfish position. He sees a rare talent whose discovery he can claim, and he woos her into handing over all of her poems, persuading her that doing so is evidence that she believes in herself. 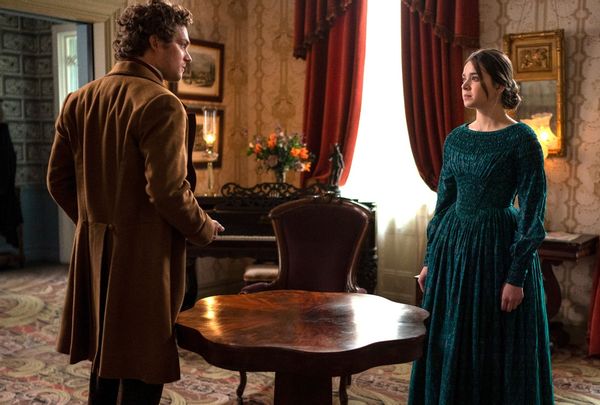 Eventually Emily comes to realize his actual aims, helped there by stumbling upon Sam and Sue in flagrante delicto. Therefore, she takes advantage of an unannounced visit by Sam in the finale to demand he return her poems.

This launches Sam into a tirade familiar to any woman who has been betrayed by a man like him.

"Don't let your emotions get in the way of your career," Sam says. "That is always what happens to women!"

"I need my poems," Emily seethes, to which Sam responds, "No, Emily. You need me."

At some point many women befriend or at least make an acquaintance with a man who professes to support them – not merely as an individual, but as a woman. Through Season 2 Smith and the writers sprinkle hints that Sam isn't less interested in furthering the cause of female empowerment than he is in breaching the barrier that is an extraordinary woman's corsetry.

Sam Bowles represents every man who makes gaslighting into an art when he delivers a sucker-punch of a monologue designed to throw Emily off of her game.

"See,  a lot of people wouldn't have even bothered with you. But I have, because I understand you," he says. "You're weird and you're warped and you're sick and you're strange. But I understand that as a woman, your work comes from all of that."

He continues, "Now, it would sadly be easy for the whole world to ignore you, but I won't let them. No one would pay attention to you if it wasn't for me pointing them in your direction. Trust me. You have no power without me. One day you will look back at all of this and you will thank me."

He's perfectly fine with her wearing a tiara as long as it's understood that he's the emperor.

Blessedly Emily doesn't give in. She asks him again, and he refuses her again. She tries to grab the satchel where the letters are contained, but he wrests the bag away from her and dashes out the door to a waiting carriage that speeds off.

"You are the devil!" she screams at him.

To this Sam has the gall to reply, "I am a feminist!" And with that, he believes he's scored the last word.

Luckily for Emily the family's housekeeper Maggie (Darlene Hunt) retrieves Emily's poems from Sam's bag while he's bloviating at the poet, so all is well.

Steinfeld and Smith use "Dickinson" to reconsider the poet's association with introversion, oddity and even a presumed rigidity by inserting modern flourishes like that "feminist" line where it suits the moment, and where we have a chance to better relate through humor.

But where Emily's face-off with Sam becomes a reclamation of her power, by way of a retreat to what she tells him is the "empire" in her mind, the Emily-Sue pairing curves around the obstacles standing in their way.

Of course, this interlude also is an entryway to more tensions and worries next season, but that's off in the distance somewhere. In the here and now they're taking what power they have to be honest and real with each other, about each other. Greater than its arousing imagery, it is this implication that holds the most potential.

Other fires burn in this episode too — the church, the doomed engagement between Emily's sister Vinnie (Anna Baryshnikov) and her handsome dolt Ship (Pico Alexander), who insists on moving to New Orleans even though the country is on the brink of civil war.

A spirit belonging to a man she knows is doomed to die in that war haunts Emily throughout the season, calling himself identifies himself as Nobody (Will Pullen). In the same way she comes to accept and welcome the presence of Death, she embraces this part of her too and finally understands the reason he pulls at her. "You must be a nobody," he tells Emily, "the bravest, most brilliant nobody who ever existed."  Regardless of this, "Dickinson" ensures her reputation continues to glow brightly.

Seasons 1 and 2 of "Dickinson" are streaming on Apple TV+.