Joy Reid's truth-telling: The hidden wages of white supremacy and the N-word

MSNBC host claimed right-wingers would sacrifice for "freedom" to use the N-word. Thing is, they don't have to 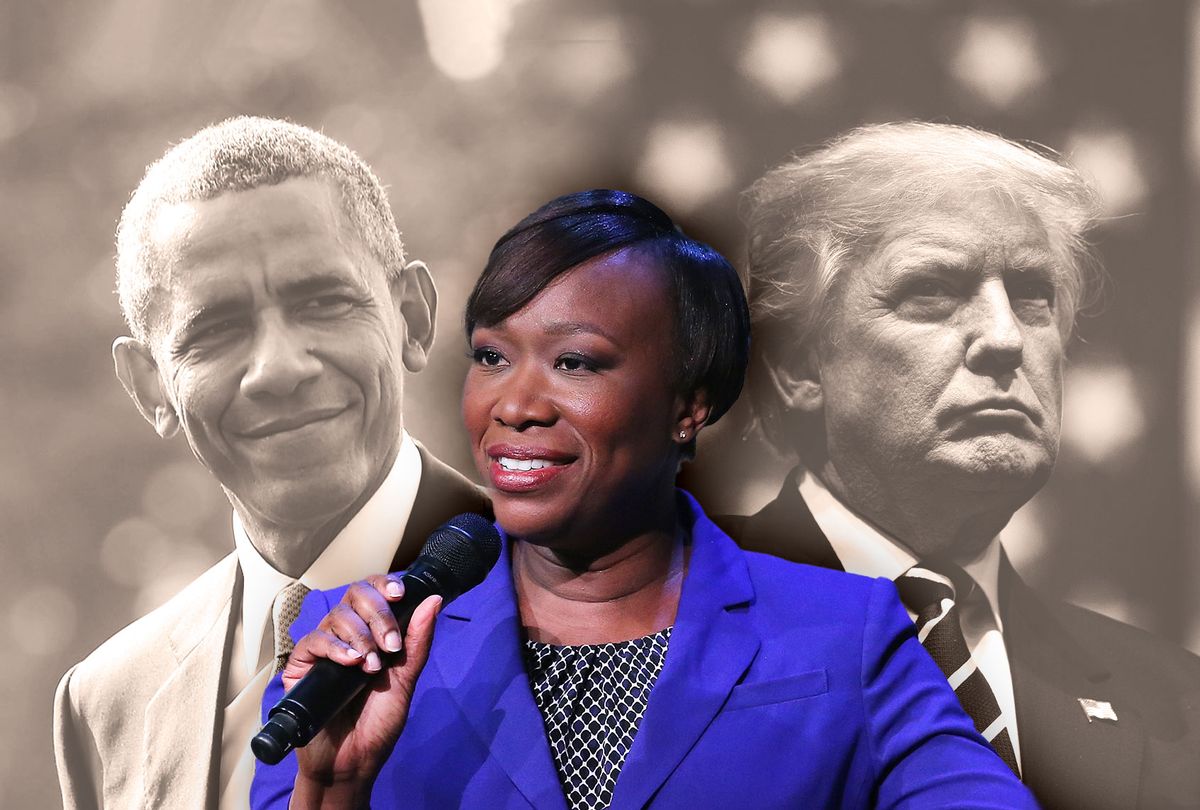 I'll say it again: people on the right would trade all the tax cuts for the ability to openly say the n-word like in 'the good old days. To them, not being able to be openly racist and discriminatory without consequence is oppression. Trump is the avatar for this "freedom."

For the most part, she is correct. White victimology is cacophonous. The usual suspects across the right-wing echo chamber responded to Reid's observation with the howls of the guilty, much the same way that a criminal pleads his or her innocence while being arrested, or before the judge.

Beyond the predictable and distracting outrage, what did Reid really mean?

White supremacy is a deep compulsion. It is seductive. At least since the 1960s and the "Southern strategy," it has been central to the Republican Party and the "conservative" movement. For 21st-century Republicans, conservatism and racism are ultimately one and the same thing.

The evidence for this fact is overwhelming: Opinion polls show that Republicans (especially Trump supporters) are more likely to be racially resentful or outright racist towards Black and brown people than are white Democrats. Racism and overall hostility towards nonwhites was the most powerful variable driving support for Donald Trump. Republican policies cause disproportionate harm to Black and brown people. Now Republicans are actively trying to stop nonwhite people from voting, and to a large degree have embraced terrorism and other political violence as legitimate means of taking and holding power. Neo-Nazis, Klan members and other white supremacists, hate-group members and forces of the global right have embraced Donald Trump as their natural leader and symbolic figurehead.

As to the "N-word" — I would prefer to print it in full, but will respect editorial conventions here. It is more than just six letters that can be used as a noun, an adjective, an adverb or a verb. As one of the ugliest words in the English language, it represents a form of violence aimed at robbing Black people of their humanity as a way of legitimating oppression and death. By debasing Black people and their lives, humanity, dignity and fundamental right to exist, such language locates whiteness (and white people) as something inherently superior.

White people who wield that word — or who wish they could, as in Reid's scenario — are using it as a cudgel, but also as an instrument that pays white people a type of psychological wage, even if their material circumstances are often pitiable and the unseen costs of whiteness have drained them of morality and virtue. (Although this is not my subject here, it must be remembered that racism also hurts white people.)

Because of the bloody and tragic weight of its history, the N-word is highly malleable, almost semiotic shape shifter. Arguably, the "birtherism" conspiracy theory directed against Barack Obama was a way of calling him and his followers the N-word. When the right wing targets prominent Black women for harassment they are combining sexism and racism in a gendered version of the N-word. White America's hostility to the Black Lives Matter movement and reflexive invocation of "All Lives Matter" and "Blue Lives Matter" is another way to summon the word in today's supposedly "post-racial" public discourse. When Trump's followers launched their attack on the Capitol carrying Confederate flags, Christian nationalist banners and symbols, and a whole range of neo-Nazi and white supremacist regalia, in some cases chasing and attacking Black police officers, they too were channeling the logic and energy of the N-word.

And when Republicans in Congress continued their attempt to overturn the 2020 election — even after the deadly coup attack — they were showing their support for the white terrorists who attacked the Capitol in order to symbolically overthrow America's multiracial democracy. In that moment, the Republican Party was calling tens of millions of Black Americans the N-word.

Would Republicans and other members of the right wing actually trade trillions of dollars for the "privilege" of calling Black people the N-word without consequence? Honestly, here Reid is actually being overly hopeful and generous.

Yes, many Republicans and "conservatives" likely would do that — but they do not actually need to.

Many members of the White Right would welcome the "freedom" to use racial slurs in public, without consequence, because such a world is what they yearn for: making America "great again." That imaginary freedom, in their dreamworld, would also signify that the "oppressive" bogeyman of "political correctness" had been slain.

Queens College professor Jeff Maskovsky explored this in an important 2017 article in HAU: Journal of Ethnographic Theory on what he termed "white nationalist postracialism":

Trump's excoriation of political correctness is the centerpiece to his political worldview and a cornerstone of his populist appeal. With it, he stokes white nationalist sentiments, mobilizing supporters to be outraged by PC-induced free speech violations and in defense of white cultural worlds that, in this formulation, are perceived to be under constant attack by liberal accusations of racial insensitivity. Freighted to his anti-PC stance is a politics of nostalgia for a fictitious industrial heyday when Americans were purportedly better off. Indeed, the solution for the precarious status of many Americans today is, for Trump, a return not to the 1970s and 80s, when white ethnicity was celebrated across the political spectrum, or to the 1990s, when the culture wars were at their peak, but to the mid-twentieth century, and to the industrial economy and welfare statism of that era. And this is an explicit desire to return to that era, as it actually existed, with its racist and sexist hierarchies wholly intact.

There is also substantial research which shows that many white Americans frequently use anti-Black and other racist slurs in private, among their peers. In public, such slurs are processed through a kind of narrative laundering, in which overt white supremacist language is replaced with verbiage where the speaker says such things like, "Not to be racist, but ..." or "It might not be politically correct, but ..." or insists they are simply exercising their "freedom" or "telling the truth."

In fact, a 2008 public opinion poll conducted by The Economist and YouGov showed that almost 80 percent of Trump's voters would continue to support him if he used the N-word. A large percentage of Trump's supporters also admitted to pollsters that they often use such language themselves.

As for Reid's crude equation of trading tax cuts for the N-word, political scientists and other researchers have actually shown that the Republican Party and other right-wing elites have used white racism and other forms of anti-Black and racial animus to advance a plutocratic agenda. This strategy goes at least as far back as the Reagan era, with talk about Black "welfare queens," brown "illegal aliens" and the dangers of "big government." Such language focuses the ire of racially resentful or overtly racist whites against nonwhite people ("the takers") instead of on the ways right-wing elites are using racism and "culture war" appeals as camouflage while systematically dismantling the social safety net and then transferring billions of dollars upward to the richest and most powerful.

Reid's comments about white supremacy and the right wing are an example of what the ancient Greeks described as "parrhesia": at personal and professional risk she told an uncomfortable truth. Reid is standing on a knife while balancing on a tightrope. Such truth-telling, particularly by a Black woman who hosts a program on a major cable news network, is very brave. Viewers should enjoy Reid's testimony while they can, because the real "cancel culture" in America is not targeting conservatives. In the world as it actually exists, Black and brown people who speak too much truth about race and white supremacy in America are at grave risk of being silenced or literally "canceled."