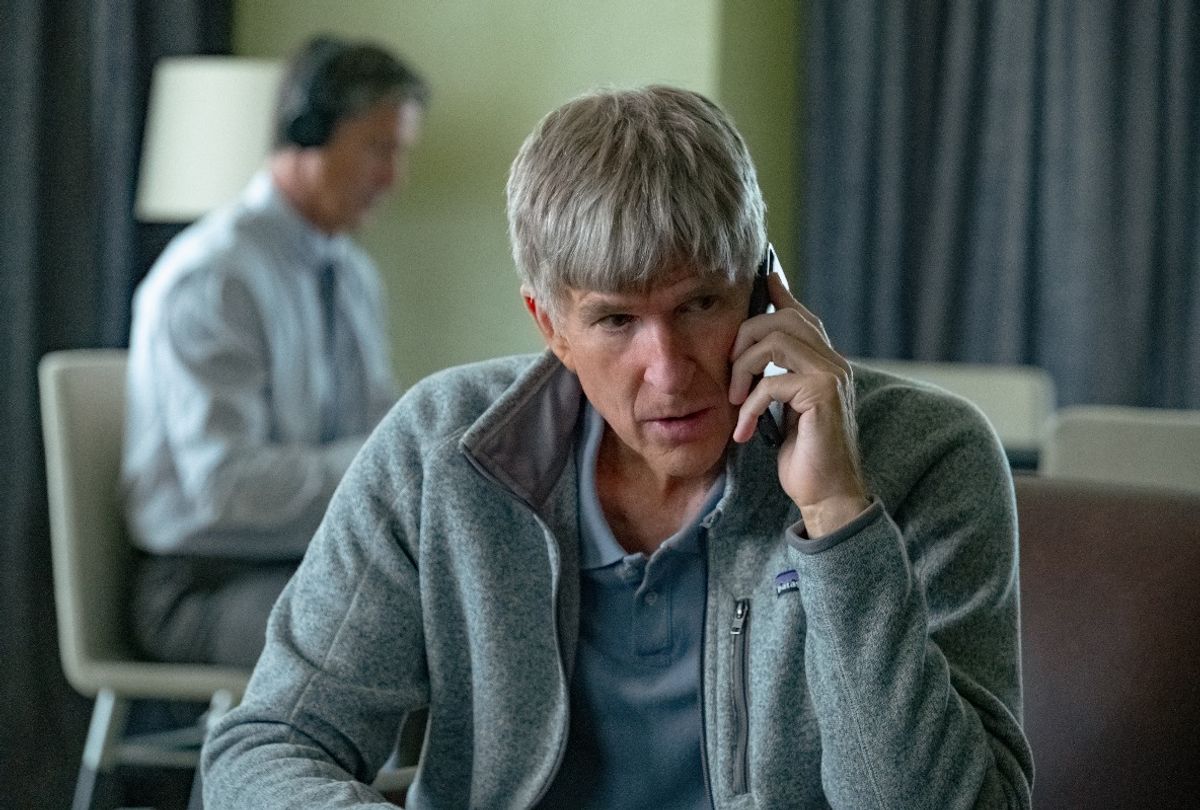 Employing dramatic recreations within a documentary has the stink of cheap perfume about it. Engaging, meticulously reported treatments of most modern-day true crime cases are fine on their own and generally don't require professional actors to embellish the story.

Then again, cases like the college admissions bribery scandal known as Operation Varsity Blues are made for Lifetime if not exactly once in a lifetime. True to form, the women's cable channel churned out its fully dramatized version in October 2019 not long after the scandal broke open in the spring of that same year.

By that timeline Netflix's "Operation Varsity Blues: The College Admissions Scandal" feature deserves credit for taking its time with handling the case even though the conclusions to which it arrives is virtually the same as the moral to the Lifetime story. Not only that, but you also already know what it is: elite universities are the brick and mortar holding our lopsided and unequal social systems in place.

This case simply add more proof that those old bromides about hard work and determination being enough to succeed in our society aren't true. The true story also happens to have the added benefit of starring Felicity Huffman and Lori Loughlin, the dethroned Queen of Hallmark Christmas.

Huffman and Loughlin were not assigned reenactor counterparts in Netflix's "Operation Varsity Blues," a smart decision on the part of filmmakers Chris Smith and Jon Karmen ("Fyre: The Greatest Party that Never Happened.")

The filmmakers must have known that casting Matthew Modine to star as conspiracy mastermind Rick Singer is adequate star power for this – how to best describe it? – creatively enhanced rendition of a true story.

All of the conversations in the reenacted scenes took place starting in 2018, and are based on wiretap transcripts released by the United States government. However, as is indicated near the film's start, a few exchanges were "combined or modified for time and clarity." That means everyone save for Modine is seen casually talking on the phone or pacing nervously on phone when they're not being led off in handcuffs. From every other cast member's perspective, it's a bit of a thankless job.

For his part, Modine develops a convincing interpretation of Singer's intense physicality as it is described to us by those who personally interacted with him; news footage does give the filmmakers much to work with. Whether the star's successful performance is entirely of his own making or if as much praise is due the production's wig wrangler is hard to say. Together, though, they're probably enough to persuade those curious enough to invest in this particular take to stick with the story through its bumpy ascent and a plummet, marveling at the sheer arrogance and stupidity of the wealthy and entitled.

As one of the film's interview subjects puts it, this case is not simply extraordinary due to its size and scope but because of the top-down nature of the sting. Instead of the Federal Bureau of Investigations' agents working their way up from the small fry conspirators to hook the big fish, they bagged the whale first and snagged other large fish from there.

From the standpoint of the great unwashed these busts were simply delicious, taking down hedge fund managers, CEOs, at least one California winemaker, a Desperate Housewife and Aunt Becky from "Full House." We're talking people who have a few hundred thousand laying around to bribe their child's way into a top college but not rich enough to, say, fork over a $10 million donation to secure a slot for their dumbass-to-average scion. This method is the "back door" way in to these schools, as the sort-of-documentary explains and many people already know.

Singer created "side doors" for hundred of clients to gain acceptance into such prestigious institutions as Yale, Stanford, Wake Forest, Georgetown and University of Southern California, where he smoothed the way in for Loughlin's two daughters – including social media influencer Olivia Jade.

The bitter irony of all this is that while most of Singer's rich suckers pleaded guilty and were sentenced to weeks in prison, or a few months, at most,  for the most part this was merely a smudge on their reputations.

Loughlin's daughter lost her branding deal with Sephora but, from all accounts, is still quite rich. Huffman, who pleaded guilty to federal charges related to having a proctor set up by Singer to correct answers on her SAT test, was sentenced to 14 days in prison, a $30,000 fine, community service and a year of supervised release. She served 12 and is reportedly courting offers to return to TV.

On the other end of the spectrum is former Stanford sailing coach John Vandemoer, the only indicted figure to appear as himself in interviews and speak about his experience firsthand likely because he's the only one who can credibly insist that he didn't have a full idea of what he was doing, since he gave the checks to the university and his supervisors seemed to know exactly what was happening.

By shuffling interviews with lawyers, academic testing experts and others with knowledge of academia's bureaucracy between actors playing out phone conversations between Singer and his clients, "Operation Varsity Blues" works best as an explainer of how Singer spun his web and how he tore it apart just as easily.

Everything beyond that, however, is a thin attempt to evoke outrage without actually placing much muscle beyond the injustice of it all. With the malefactors receiving most of the camera time (including one played by "Wandavision" co-star Josh Stamberg, whose recognizability is distracting), Smith and Karmen do little to make the audience feel for the most direct victims of this conspiracy, whoever that is.

Rising seniors is the easier answer to that, of course. Along with its actors and real life subjects "Operation Varsity Blues" includes a sprinkling of home videos from regular teenagers who attest to doing everything right by studying hard, engaging in the right extracurriculars, and following their school counselors' advice to the letter, and who still don't get in to their dream school.

Some of the film's subjects stress that society's elite already have the edge to get into these schools by dint of their birth and class, but the feature doesn't do much to explain how many kids who work to get through the front door are denied in order to favor the fortunate and intellectually mediocre.

Instead it chooses to leave us much in the same way the filmmakers dropped us off with "Fyre," with further confirmation that our system of higher education is part of the scam involved in making it in America.

When referring to the concept of top universities as a product, one of the film's interview subjects reminds us that the word "prestige" actually comes from an old French terms meaning "illusion"; Singer trades in that concept, but so do places like Stanford. "Operation Varsity Blues" probably didn't have to put this concept into action by layering dramatic illusion on top of its fact.

Then again, it worked for Lifetime.