In the film, a British businessman & GRU colonel deliver team up to deliver critical intelligence information 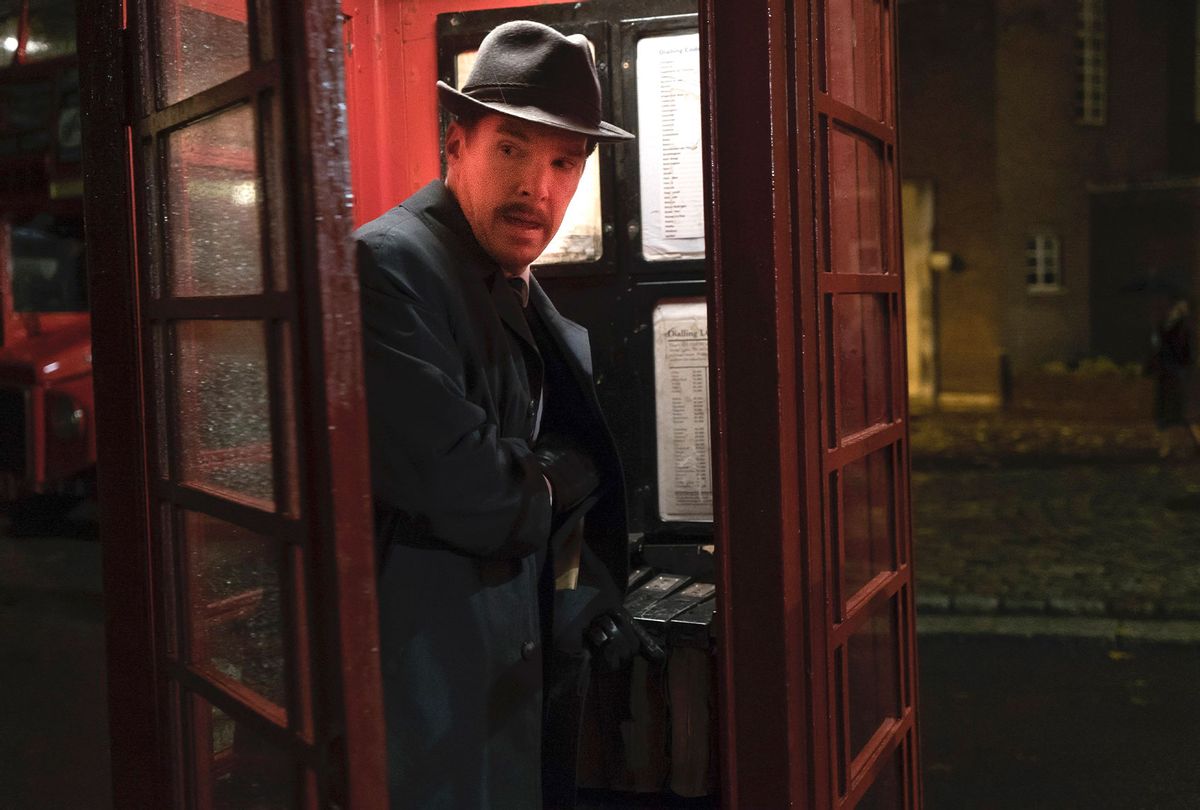 "Ironbark" is a codename MI6 has for GRU Colonel Oleg Penkovsky (Merab Ninidze), who is passing Soviet nuclear missile information to the West in order to prevent nuclear war. It is also the original title for the entertaining Cold War spy-thriller "The Courier," which recounts the true events that involved mild-mannered British businessman Greville Wynne (Benedict Cumberbatch) who helped Penkovsky, deliver critical intelligence information to America and Britain.

This modest but enjoyable film, directed by Dominic Cooke ("On Chesil Beach"), mostly concentrates on Greville's story as he becomes the unexpected and (initially) reluctant spy. And that will be enough for undemanding audiences; "The Courier" never gets too involved in the overarching politics, preferring to focus on the personal. This may be Cooke's strength as a filmmaker, because the bromance that develops between Greville and Penkovsky is engaging; it motivates these men to put their lives on the line to change the world.

Much of the first half of this engrossing drama is setup. In the pre-title sequence, Penkovsky asks two Americans in Russia to deliver an envelope to the U.S. Embassy. When they do, CIA operative Emily Donovan ("The Marvelous Mrs. Maisel" star Rachel Brosnahan) and MI6 agent Dickie Franks (Angus Wright) develop a plan to have Greville pose as a "greedy capitalist" and meet regularly with Penkosvky "on business" to collect and courier information back to the West. Greville, of course, must be discreet, and cannot tell his wife, Sheila (Jessie Buckley), about his assignment. His work eventually puts a strain on their fragile marriage, which had previously been rocked by Greville having an affair.

"The Courier" gives Cumberbatch another meaty role, and the actor fits into it all too comfortably. First seen losing a game of golf — a deliberate ploy to enhance business relations with two clients — Greville drinks too much and seems like a fuddy-duddy. Cumberbatch makes him appropriately obsequious and apolitical. But as he gets more deeply involved in the cloak-and-dagger business, he becomes emboldened. He returns home from his meetings with Oleg and is more amorous with his wife. But he is also moodier, Sheila notices, and angrier — his stress at deceiving his family causes him to yell as his young son on a family camping trip.

The actor makes this transformation credible through his meticulous performance. Where he is initially soft and warm, (read: drab and ordinary), he becomes tenser, more coiled as his clandestine work impacts and inspires him. When Greville encounters some danger in the third act, Cumberbatch gets even wirier, and colder, clinging to his moral imperatives. He maintains great control over his emotions — not unlike how he did losing at golf or "lying" to his wife. The actor deftly shows Greville's development through each expected phase of his spy work, and his character is very sympathetic.

But Oleg is never given sufficient time to develop in a story that his character initiated, and that shortchanges the film. Even though Ninidze gives a solid performance, he appears to be more of a supporting player in his own narrative.

The film's big set piece involves the information Oleg is collecting and passing on to Greville about what will become the Cuban Missile Crisis. However, as Oleg, Greville, and Emily, all try to achieve their goals, "The Courier" generates only mild suspense. That may be Cooke's intention, but it feels misdirected.

As Oleg and Greville's working relationship is emphasized, they talk about their families. When Oleg claims he wants to move to Montana with his wife and daughter after he defects, Greville is anxious to visit him. It is an affectionate, heartfelt moment; one might suspect Cooke suggested the actors play their roles as if they were secret lovers.

But, of course, such plans are fantasies in the real Cold War world. The KGB is not stupid, and they come to suspect each man. Greville returns to his hotel room one day and is aware it has been searched. Oleg's warning comes in the form of a hospital stay.

"The Courier" does not exactly ratchet up the tension here, and perhaps it should have to emphasize the real consequences of this operation. A meeting Greville has with Emily and Dickie in an underground parking lot, is too cool, even when he insists on going back to Russia to "save" his friend, Oleg. The third act comes off as more negligible than powerful despite a few vivid moments.

The only real emotion stems from Greville validating what he and Oleg shared and risked together. A scene late in the film shows the two spies attending a performance of "Swan Lake." As Greville is moved to tears by the ballet, Oleg enthusiastically applauds. It reveals the subtext of their relationship. These men are greatly affected by what they are doing, but must mask their true feelings.

Overall, "The Courier" recovers an important historical moment. If only the film didn't feel so muted.

"The Courier" is now available to watch on demand.