Thirty years after the release of "Out of Time," here's why the upbeat, earnest song still enjoys love & respect 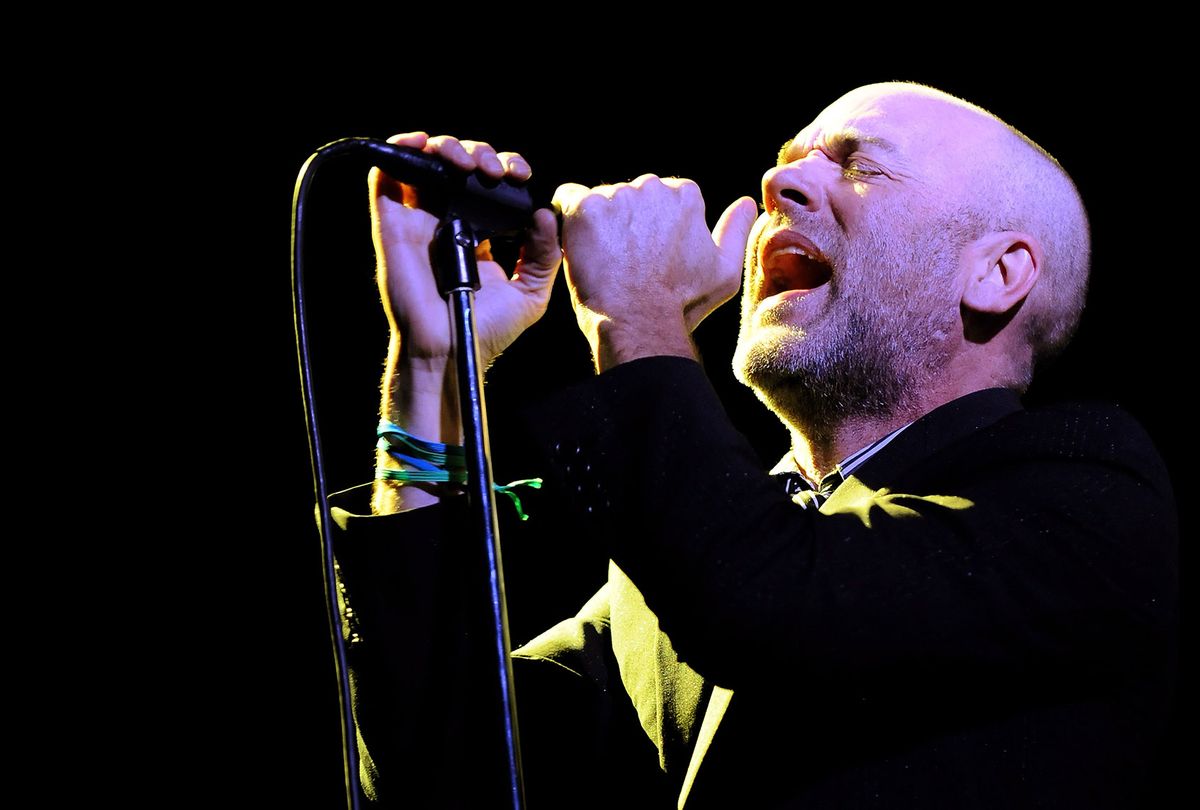 In recent weeks, R.E.M. and their fans have had much to commemorate and celebrate. Early March marked the 10th anniversary of the band's final studio album, "Collapse Into Now," while just days later the group's 1991 full-length "Out of Time" turned 30.

"Out of Time" was a landmark release for R.E.M.: Not only did it win a Grammy Award for best alternative music album, but the LP became their first Billboard No. 1 Top 200 album and produced the band's biggest single, "Losing My Religion." The mandolin-driven song also won a Grammy, as did the song's Tarsem Singh-directed video; in fact, the clip nabbed a ton of awards, including multiple MTV Video Music Awards trophies.

The "Out of Time" anniversary also brought up (once again) a long-simmering debate over "Shiny Happy People." Every band has at least one polarizing song, one that divides fans and inspires heated discussions. And for R.E.M., it's safe to say that tune is "Shiny Happy People," the band's second Top 10 hit from "Out of Time." For starters, it perennially appears on critical lists: In recent weeks, the song came in at No. 100 (out of 100) on Uproxx's ranked list of R.E.M.'s best songs, while Forbes included the song in an article called "The Worst Lyrics of All Time."

In contrast, R.E.M.'s Spotify statistics tell a different story. "Losing My Religion" is of course their top-streamed song, with more than 600M plays, followed by "Everybody Hurts," which has 215M. Coming in third? Not their first top 10 hit, "The One I Love," or the often-viral "It's the End of the World as We Know It (And I Feel Fine)," or even "Man on the Moon." It's "Shiny Happy People," with around 145M streams.

Part of this popularity no doubt stems from the song's pop culture saturation. According to the band's IMDb page, it's been used in a steady string of movies, documentaries and TV shows. During the 1990s, the song appeared on "Beverly Hills, 90210" — in fact, it was one of three R.E.M. songs in the episode "Down and Out (of District) in Beverly Hills" — and was referenced during vocalist Michael Stipe's 1995 appearance on "Space Ghost Coast to Coast." More notably, it emerged years later that the song was originally being considered as the theme song for the hit TV sitcom "Friends."

In later decades, the band re-did the song as the warm 'n' fuzzy "Furry Happy Monsters" for an episode of "Sesame Street" — and performed the song with a Muppet Kate Pierson — while the tune appeared in the 2008 rom-com "Marley & Me" and was used in an ironic way to demonstrate incongruity in the 2004 documentary "Fahrenheit 9/11."

For all the grumbling about "Shiny Happy People," the song is gorgeous, and as innocuous as it gets. Driven by Peter Buck's ornate chiming guitars and drums as steady as a heartbeat, the song feels sunny and retro. The bridge is a lilting waltz, a time signature suggestion courtesy of Buck, who told Guitar School magazine in 1991 the approach "gives the song a 'Saturday In The Park' feel," as in the Chicago hit.

However, the vocal interplay between Stipe and a special guest, The B-52s' Kate Pierson, lifts the song considerably: The pair sing to each other, as if they're having an animated conversation, and gain emotional and dynamic exuberance as the song progresses. On the chorus, Stipe and Pierson are joined by bassist Mike Mills, and the trio sing a round of overlapping and interlocking melodic lines. The song's dancing-filled video, recorded in Athens at the Georgia Theater and featuring artwork done by local fifth graders, matches the song's vibe: It's a testament to the power of being unselfconscious, and occasionally letting loose and being a goofball.

"Shiny Happy People" didn't necessarily come completely out of left field; after all, the band's previous album, 1988's "Green," had the upbeat, organ-driven hit song "Stand." Both Stipe and Mills have referenced that song in interviews about "Shiny Happy People," and also stressed that the latter was intended to be a song written for kids. In a recent interview on Apple Music's The Matt Wilkinson Show, Stipe reaffirmed that "Shiny Happy People" is geared toward youth and added, in a lighthearted tone, "The band had just presented me with this really kind of dumb piece of music. I was like, 'I'm going to one-up you on this. You're giving me that to write to?'"

Stipe did indeed have his revenge, albeit in a somewhat cheeky way. "I distinctly remember when we were all in the control room and Michael went in to sing the lyrics," Athens-based engineer John Keane, whose studio was a go-to for the band, including during "Out of Time" demos, told TIDAL. "None of the band members had actually heard the lyrics clearly until that point. When he got to the 'Shiny Happy People' part, Mike Mills and Pete looked at each other like, 'Really? Is that what he's gonna sing?' And then they hit the floor laughing."

Although "Shiny Happy People" can be taken as goofy, Stipe has said multiple times over the years that the song was no joke. That's certainly in character: R.E.M. certainly has songs that are cynical about government ("Ignoreland"), critical of politics ("Exhuming McCarthy") or generally defiant ("Second Guessing"), but where matters of the heart were concerned, Stipe's lyrics almost always bent toward empathy and optimism. That's one of the reasons the band connected with so many people; there was a sense that vulnerabilities and insecurities felt safe in the R.E.M. universe.

"I'll start by saying that I love that song," Pierson recently told Vulture. "It makes me so happy when I hear it. The lyrics are so uplifting and beautiful. I don't know for sure, and I should've asked Michael, but it seemed to me like they were doing a little homage to the B-52s, and that's why they asked me to sing on the song. It's very much in that direction." Fittingly, Pierson covered the song during 2015 solo dates, and her take was jaunty and faithful to the original.

Much has been made over the years that some R.E.M. band members allegedly disliked (or were at least neutral about) the song. However, both Stipe and Mills have now debunked this myth many times. "We like the song," Mills told TIDAL. "It's a great song. It's very different than it began. I wrote the verse part on acoustic guitar, and it actually sounded a lot darker when it started out, but it turned into what it turned into. There's nothing wrong with writing a happy song. It's hard to write a happy song."

A lyrics-less demo of the song that appeared on the 2016 deluxe edition of "Out of Time" (full disclosure: I provided liner notes for that release) bears out the darker tone: The chiming guitars on the verses especially sound melancholy and longing, closer in spirit to the wistfulness of "Texarkana."

Interestingly enough, many recent "Shiny Happy People" covers tap into the song's less-upbeat origins. The jangle-inclined Australian indie band Quivers covered "Out of Time" in full in late 2020 and transformed "Shiny Happy People" into a splintered, stormy dirge that had almost Cure-esque vibes. A similarly morose cover by the Canadian indie band Reuben and the Dark stripped the song down to somber piano, trembling vocals and cinematic touches — making it perfect for an appearance in a March 2020 episode of "Grey's Anatomy" where the character Dr. Alex Karev left the ensemble.

But at the end of the day, "Shiny Happy People" is a joyful ode to togetherness: being with friends, tending to relationships, sharing your heart. These times also create the kind of memories that are sustaining: "There's no time to cry, happy, happy/Put it in your heart where tomorrow shines." During a year when isolation meant that times like these felt very far away, "Shiny Happy People" hit differently.