In the film, the artist proves she's more than "the worst parts" of her life, even if others find inspiration there 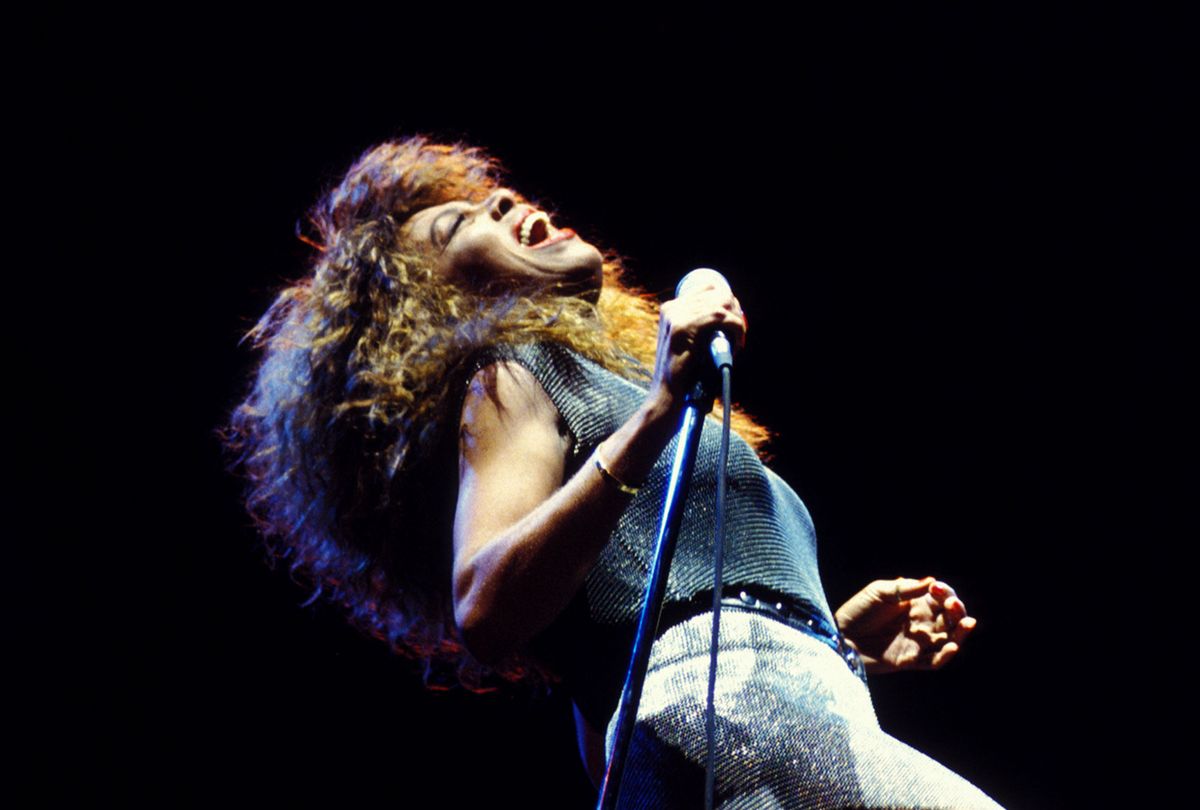 "Tina Turner, the woman who taught Mick Jagger to dance, is on the prowl again." This headline opens Carl Arrington's 1981 interview with her for People magazine, a feature Turner hoped would serve as her official coming out announcement.

In "Tina" is it the dividing line in between her life as it was and the force she became.

Forty years ago, however, Turner hoped that by opening up to People she could provide a definitive response to all the queries about her ex-husband Ike, the man who made her second billing on the Ike & Tina Turner Revue and subjected her to horrific physical abuse for years. Turner was ready to start her next chapter, a solo act to leave behind a past she desperately wanted to forget.

When that story led to curiosity of a morbid nature, Turner tried to set the record straight again with her 1986 autobiography "I, Tina," co-authored with journalist Kurt Loder. In the book's 1993 cinematic adaptation "What's Love Got to Do With It," star Angela Bassett depicts the violence Tina Turner suffered onscreen along with her triumph; still, people kept wanting her to revisit her trauma.

The two-hour "Tina" is likely to be the diva's last word and designed as a reverent look at a performer who refuses to allow her suffering to define her outrageous success. In this respect Turner's serenity has a kind of contemplative acceptance some could mistake for sadness. It isn't quite that, though. From her perch in American culture's firmament she offers her regard of a career defined by a supercharged second act and a life tempered by pain with no qualifications or arrogance, only quiet wonder and gratitude.

Directors Daniel Lindsay and T.J. Martin interviewed Turner in 2019 when she was 79 years old and secure in her status as one of modern music's greats, and from a place of contentment. At 81, Turner is living comfortably in Zurich with her husband Erwin Bach, an executive producer on the film and probably the reason Lindsay and Martin refrain from including any details regarding Turner's recent health battles or her son Craig's death by suicide in 2018.

They'd rather spin her story in that of a risen phoenix without hinting at decline or mortality, and after a life of curious questioners seeking to paint her as a woman overcoming instead of studying her work in its own light, a person can certainly understand that approach.

The directors don't exactly overlook the miserable parts of Turner's life either, devoting the first half of "Tina" to her early career and raucous blaze she created as the dancing front of the traveling revue. That first hour is nirvana for anyone who treasures classic footage of Turner in her prime bellowing out "Proud Mary" or finding her roar on Phil Spector's orchestral arrangement of "River Deep – Mountain High," a 1966 track that flopped spectacularly in its day but stands the test of time.

Her detailed firsthand account of Ike's abuse, shared via the unedited audio recording of that People magazine interview, plays beneath or beside footage of Turner onstage dancing wildly and shining brightly, and the contrast is jarring.

The story of Ike and Tina is one of an innocent falling under the spell of a charismatic talent who first regards her as a little sibling but soon sees her star quality, giving rise to an envy that twists their relationship into one of controlling violence.

Through Arrington's audio Turner talks about her ex-husband beating her with hangers or a shoe stretcher. In another violent interlude he throws scalding hot coffee on her, resulting in third degree burns. She describe the abused person's psychic dilemma: "I was afraid of him," she says, "and I cared what happened to him."

Eventually she finds an inner resolve through practicing Buddhism, she says, making her escape one night in Dallas by running across a highway.

In 2019 Turner likens it to pulling out old clothes: "It wasn't a good life," she offers. "It was in some areas, but the goodness did not balance the bad. So it's like, not wanting to be reminded."

The part we'd rather recall is the second chance we all know: her '80s comeback that she defines as her true arrival, topping the charts with her 1984 single "What's Love Got to Do with It," becoming the oldest female solo artist to top the Hot 100 at that time. By the end of "Tina" we see footage of her packing stadiums and arriving to the opening night of "Tina: The Tina Turner Musical," with Bach on one arm and Oprah Winfrey on the other – proof that Turner's star burns far more brightly than that of the man who cruelly manipulated her into thinking she was beneath him.

With documentaries as personal as this there's always some element of hagiography about them. The question is how much we care to penalize the creators or the subject for such an indulgence. "Tina" makes it tough to do so because of the way Turner comes by her conclusions about life and specifically her life.

At various junctures she reveals an awareness that the name she bears is not the woman she is, that Tina Turner is a kind of fierce persona assigned to Anna Mae Bullock, a girl from Nutbush, Tenn.

Turner famously left her first marriage with nothing but her name and constructed all that she has today from that persona, an incredible story in itself. But after all that, to hear her lament to Loder about living half of her life without finding true love and uncomfortably bearing her mantle as a survivor reminds us of her humanity.

"It's hard to wrap your head around that the worst parts of your life have been an inspiration," she says quiet in voiceover as archival video of women gushing their praises plays around it.

By framing all of the interviewees in the center of elegant rooms and Tina herself in one as expansive and simply grand as she is, Lindsay and Martin's recent footage evokes a streamlined elegance that serves as a backdrop to the atomic force of Turner's classic concerts, showing her sailing above audiences or vibrating furiously.

The fact that the filmmakers don't overstuff the film with friends and experts lets her career and life speak for itself. When you look at who is featured – Winfrey, Bassett, Loder, and Arrington, but also Katori Hall, who co-wrote Turner's musical, and Roger Davies, the manager who catapulted her to solo stardom – there aren't many more people who need to be brought in to tell her tale.

"Tina" doesn't entirely decouple Ike from Turner's story, a fact she knows is impossible and with which she comes to terms. The two were inducted into the Rock and Roll Hall of Fame as a unit in 1991. Thankfully Turner is among the nominees to be inducted in 2021 as a solo act, and if she goes through she'll join Stevie Nicks and possibly Carole King as the only female artists to be honored twice.

However that shakes out the truest statement at the end of "Tina" is when someone observes that Tina Turner is bigger than anything the woman herself could have dreamed of. She belongs to the world. And the hope and prayer at the end of it all is that Anna Mae Bullock knows that affection belongs to the woman she created and is, and it's as genuine as the moniker she built into a legend.

"Tina" premieres Saturday, March 27 at 8 p.m. on HBO and will be available to stream on HBO Max.