"Godzilla vs. Kong" and a Tina Turner doc highlight what's new on HBO Max in March 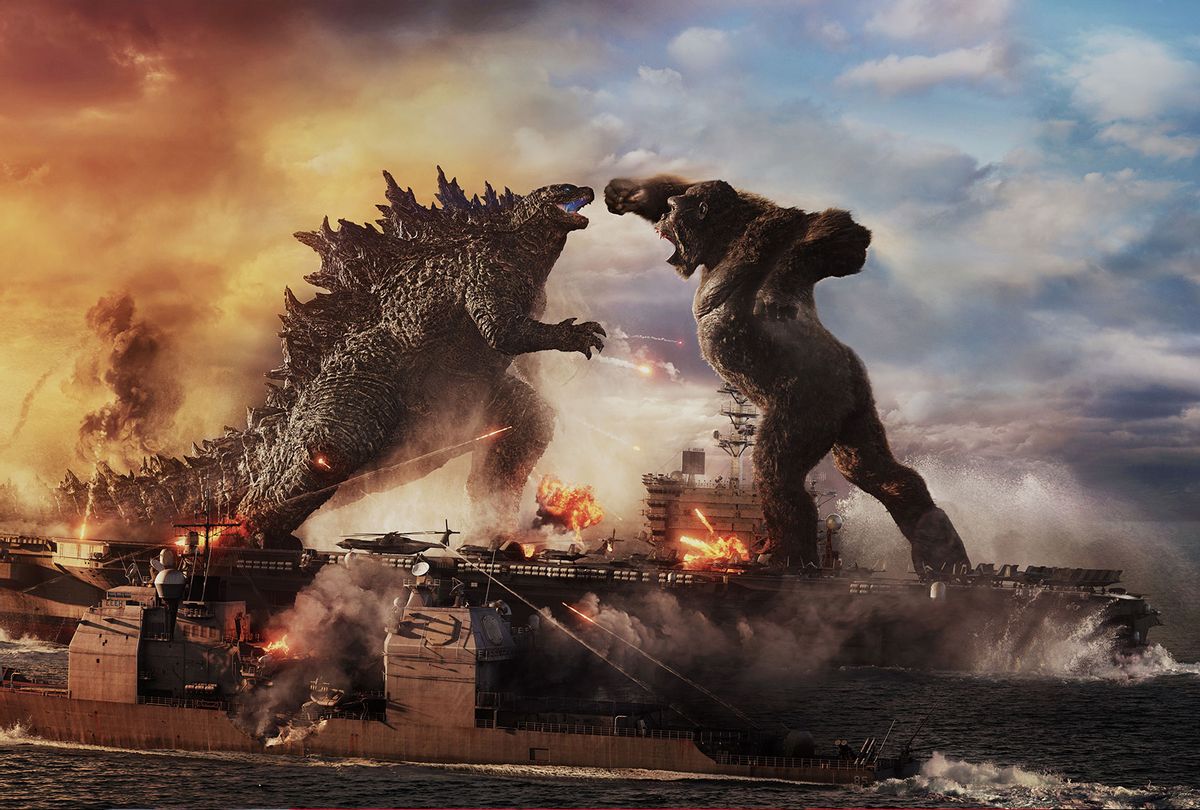 Hooray! We've finally made it to March, aka the month that promises the first signs of springtime and sunshine. As the new season approaches (earlier and earlier these days), cold days reserved for binge-watching movies are running out, and, for us, that means that it's time to squeeze in all the TV we can before warm weather tempts us with spending our free time outside.

Luckily, with an excellent list of new March releases and last chance offers, HBO Max is here to support our mission.

Some classic films are leaving the HBO Max library this month, including "Mrs. Doubtfire" and the "Die Hard" and "Alien" movies. If you're in the mood for a biography, be sure to catch "Purple Rain" (inspired by Prince's life) "The Bush Years: Family, Duty, Power," or "The End: Inside the Last Days of the Obama White House." It's also the last month to see 2021 theatrical releases like "Tom & Jerry" and "Judas and the Black Messiah."

Starting this month, popular series like "Ocean's Eleven" and the "Rocky" movies will be available on HBO Max. Looking to access a little childhood nostalgia? You can now watch "Charlotte's Web," "Dr. Dolittle 2," and "Finding Neverland," among others (personally, I'm looking forward to watching Tim Burton's "Corpse Bride" on repeat). Some other notable additions are "The King's Speech," "Veronica Mars" (2014), and "Miss Sharon Jones!"

Here's what's coming to HBO Max in March that we're looking forward to most:

Personality tests. We've all taken them, done some self-reflection, possibly memorized our Myers-Briggs Type indicator, and moved on. This documentary, however, unpacks the impact of the previously overlooked personality test on our everyday lives, from job interviews to dating prospects. According to the streamer, "'Persona' explores the unexpected origin story of America's great obsession with personality testing . . . while raising a slew of ethical questions and demonstrating how some personality tests may do more harm than good . . . This eye-opening documentary reveals the profound ways that ideas about personality have shaped our society. "

This Danish crime series is based on the real-life murder investigation of Swedish journalist Kim Wall. The show — bleak, tragic, and disciplined — offers a no-frills, narrow-scoped approach to solving Wall's case. In her Salon review, Ashlie D. Stevens credits the heavy tone of the show to how "writer and director Tobias Lindholm resists portraying the murder and its perpetrator as masterful and instead turns the lens on the grinding policework and overwhelming sense of familial loss left in Wall's wake. This makes 'The Investigation' feel laborious in its pacing at times, deliberately so, rendering it authentically poignant in a way that's unique for crime dramas."

A group of high school students explore their sexualities and experience what it means to learn about love and relationships in a conservative neighborhood (think "Euphoria" sans intense scenes of drug abuse). With Gen-Z characters and inclusions of relevant 21st-century teen drama, this show makes a successful effort to be refreshingly modern and diverse. The show has an ensemble cast of new, up-and-coming actors, including Chase Sui Wonders, Chloe East, Haley Sanchez, Lukita Maxwell, Nathan Stewart-Jarrett, Nathanya Alexander, Nava Mau, and Uly Schlesinger.

It's also worth mentioning that "Genera+ion" is co-created by a Gen-Zer herself, 19-year old Zelda Barnz, and that Lena Dunham produces it.

Forever politically relevant and cheeky, "South Park" is coming out with an hour-long special centered around the brand new reality of the COVID-19 vaccine. Though only small clips and fragments have been released, it's clear that this episode will mirror many real-world, coronavirus-related scenarios, such as dealing with anti-maskers, keeping 6-feet apart, and, of course, getting your hands on the coveted vaccine.

Furthermore, the episode includes mentions of QAnon (called the "Lil QTies" in the show), bribery, and inter-political party discourse. This episode is sure to appeal to everyone, from the most diehard "South Park" fans to the average Joe who is inevitably affected by the coronavirus.

Woody Allen's controversial romantic choices have been no secret. Still, it seems as though, until the debut of this HBO original documentary series, people's admiration of the quirky and clever director outweighed their discomfort with his personal life. "Allen vs. Farrow" presents an intimate look into Woody Allen and Mia Farrow's private family affairs during and after Allen's alleged child abuse against his (then) adopted 7-year-old daughter, Dylan. The series has made its audience seriously question Allen's moral integrity.

As Salon's Melanie Mcfarland said in her review of the series, "Allen vs. Farrow" is first and foremost a tragedy. "Mounting an attack against institutional failings is in some ways simpler than taking on a Hollywood god, especially one who cultivates an image of being awkward, nerdy, and clever," she writes. "We expect systems to fail us, but afford special dispensation to the artists whose work speaks to our souls… 'Allen v. Farrow' is necessarily an intimate tragedy laid bare for all to see, one in which an abuse survivor agrees to bare her scars again and again, bringing unwarranted agony down on her mother in the process."

"Justice League" was once longer, darker, and . . . better? Or at least this was supposedly the case until Zack Snyder had to step down as director following his daughter's tragic death in 2017. The movie – resulting from the problematic Joss Whedon taking over – didn't do very well at the box-office, and its flop prompted fans of the DC comics to request a version of the film that better represented Snyder's original vision, aka the Snyder cut. And that is precisely what "Zack Snyder's Justice League" promises to be, a four-hour affair loaded with all of the backstories, extra scenes, and character development that you could wish for. Or not?

Directed by Dan Lindsay and T.J. Martin and starring Tina Turner herself, "Tina" celebrates the star's life. Turner has told her story countless times — detailed her abusive relationship with her ex-husband, Ike Turner, explained her struggle to make a successful solo career, and spoken about her journey of reinvention — and this documentary acts as a final word. The powerful title, simply her first name, represents Turner's legal battle with her husband as her stage name was the only thing she wanted from their divorce settlement. Told in five chronological chapters, "Tina" revisits the life of the talented, self-sufficient, Black rockstar that we all know to be Tina Turner. The film also features an impressive cast with names like Angela Bassett, Oprah Winfrey, and Rolling Stone editor/ "MTV News" great Kurt Loder.

Godzilla and King Kong have got to be the best-known names of kaiju in the world, so we know that a movie that features both characters will be nothing short of epic. Accompanied by a young girl named Jia, Kong makes his journey to his true home. When his path is interrupted by a destructive Godzilla, the two larger-than-life monsters battle — their violence toward each other seemingly controlled by unseen forces — and the fate of humankind lies in the wake of their fight. This movie has an all-star cast, including Millie Bobby Brown, Alexander Skarsgård, Julian Dennison, and Rebecca Hall.

Here's a complete list of titles coming to HBO Max this month:

March 5:
"No Matarás" (Aka Cross The Line)
"Re: ZERO -Starting Life in Another World," Season 2 (dubbed, episodes 14-25, Crunchyroll Collection)