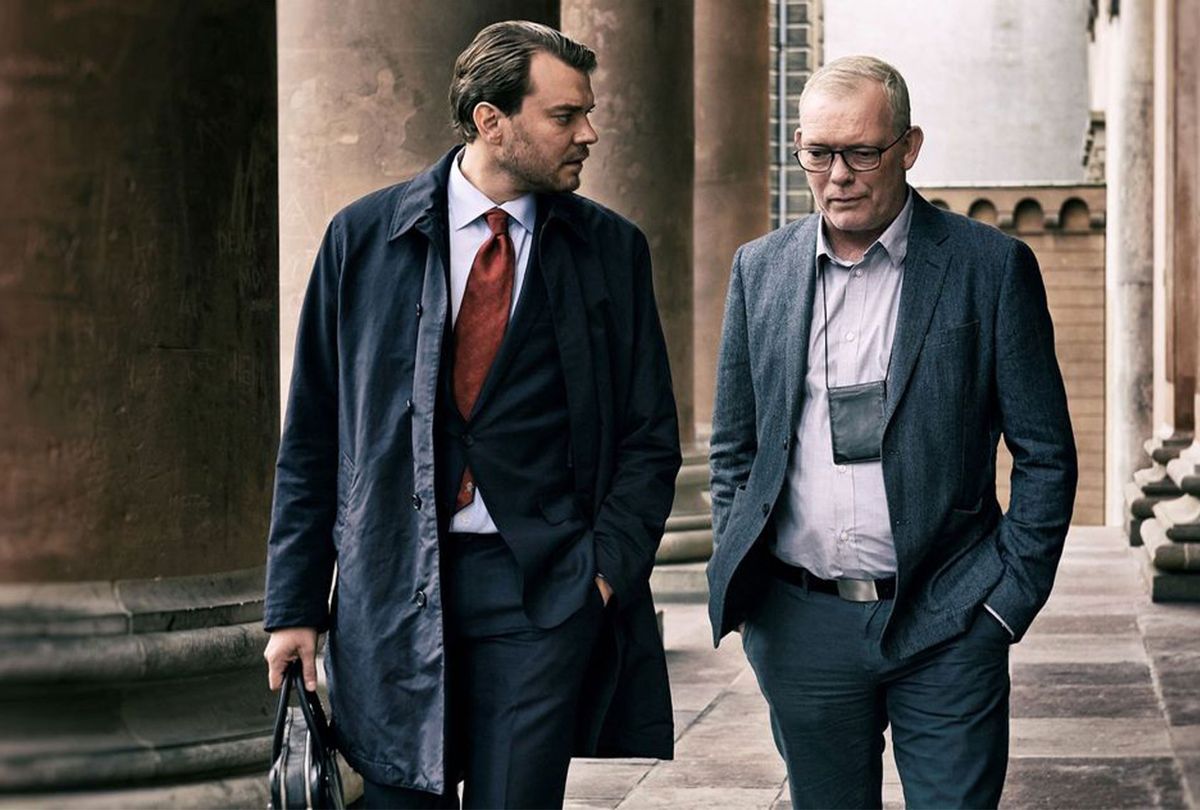 An almost unspeakable feeling of heaviness pervades "The Investigation," the Danish crime series that is now airing stateside on HBO. This is despite the fact that it's based on the real-life investigation of the 2017 murder of 30-year-old Swedish journalist Kim Wall, a case that captivated international audiences and, at the time, seemed ripe for tabloid treatments.

Wall was set to start a new life in Beijing, but after receiving a call from Peter Masden, an inventor whom she'd been trying to reach for an interview for a year, she agreed to meet him for a discussion aboard his miniature submarine in the Danish bay Køge Bugt. Wall was reported missing after she didn't return home that night, and the submarine was found sunken the next morning with Madsen alive and floating close by.

"The Investigation" (originally titled "Efterforskningen") strips back the usual salaciousness of American dramatized true crime stories and police procedurals – such as the revealing interrogation scenes, the troubled but intuitive detective, a courtroom climax, even the name of suspected murderer — as a way to subvert "the perfect crime" trope. This wasn't a perfect crime executed by a genius, a concept that has long been fetishized in the genre.

Instead, as detective Maibritt Porse (Laura Christensen) tells her boss when the investigation is at a standstill, "It's a clumsy, disgusting crime, so we must have overlooked something."

This is where that heaviness comes from. Writer and director Tobias Lindholm resists portraying the murder and its perpetrator as masterful and instead turns the lens on the grinding policework and overwhelming sense of familial loss left in Wall's wake. This makes "The Investigation" feel laborious in its pacing at times, deliberately so, rendering it authentically poignant in a way that's unique for crime dramas.

The central thrust of "The Investigation" is found in trying to build a case that Wall was actually murdered, which is difficult to do until a body is actually found. Then pieces of Wall's body begin to wash up on shore. Madsen (who, again, is never seen, and is referred to throughout the series simply as "the accused") maintains that Wall's death was an accident — that she'd been killed instantly after being knocked on the head by the latched door of the submarine — and that he panicked about the optics and subsequently disposed of the body at sea.

Grizzled homicide chief Jens Miller (Soren Malling) embarks on a painstaking journey to recover the rest of Walls' remains, flanked by his detectives (Christensen and Dulfi Al-Jabouri) and diver Nikolaj Storm (Hans Henrik Clemensen), in hopes that they will serve as pieces of a puzzle that, once examined, can confirm or invalidate the accused's story; the big question is whether Wall's skull will show evidence of blunt trauma to the head.

All the while, Jens has to contend with a growing media circus surrounding the case, the gnawing awareness of the sorrow of Wall's parents (Pernilla August and Rolf Lassgård), troubles at home and constant reminders from prosecutor Jakob Buch-Jepseon (Pilou Asbaek of "Game of Thrones" fame) that unless the detectives can provide him with enough evidence to show that the accused is undeniably guilty, he'll likely walk on murder charges.

The six episodes cover an expanse of four months, and the pacing of "The Investigation" is such that viewers will begin to wonder if justice is actually within reach. Blue-grey water, which serves as a steady, bleak backdrop in the series, is an apt metaphor for the show's progression. It's vast and unwieldy — much like grief and the magnitude of this crime — and the keys to moving the case forward can easily get lost below the surface.

Viewers can tell that Lindholm went into "The Investigation" asking the question of what kind of dramatization should be made about the murder of a real person, especially since it's one that is still fresh in the minds of so many people. He treats it as as a real tragedy should be, with seriousness and rigorous dignity. "The Investigation" eschews any vulgar trappings typical of the genre, choosing to methodically shine a light on the worst parts of humanity rather than letting them linger unchecked in the spotlight.

"The Investigation" premieres Monday, Feb. 1 at 10 p.m. on HBO. New episodes will be released weekly and will be available on HBO Max.