Why I want to be like Ramona Quimby, Beverly Cleary's patron saint of messy girls 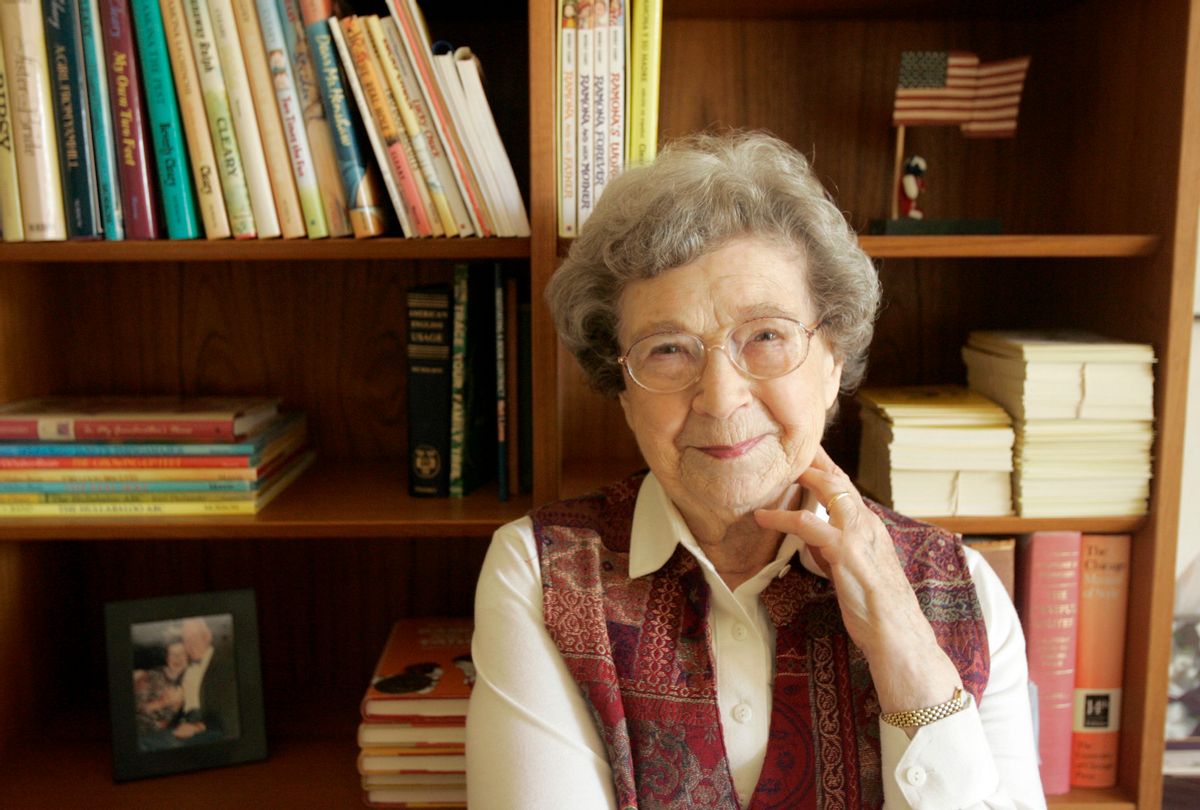 I've never purchased a new tube of toothpaste without thinking about Ramona Quimby. After removing the tube from its flimsy cardboard box, I hold it heavy in my hand. It's smooth and taut and I always have at least a fleeting desire to squeeze it — really squeeze it — from its center.

She lets her annoying neighbor Willa-Jean rip through an entire box of tissues at her parents' brunch, making an awful mess. She wears her bunny-soft pajamas under her school clothes, pretending to be a fireman, and gets overheated. She attempts to make some slacks for her stuffed elephant, Ella Funt and it . . . doesn't go well.

No matter how much she tugs the scraps of fabric or squishes Ella's stomach, the pants won't fit over the elephant's "hips." Mrs. Quimby considers the situation. "Well," she said after a moment. "Slacks for an elephant are very hard to make. I'm sure I couldn't do it."

Ramona, Cleary wrote, could not scowl any harder. "I like to do hard things."

The quiet, mature afternoon Ramona envisioned sewing with her mother feels ruined and she seeks refuge in the family bathroom. That's when she spots the brand new tube of toothpaste and is overcome by desire when she notices how "smooth and shiny it looked with only one little dent where someone had squeezed it once." She gives into temptation.

"All her life she had wanted to squeeze the toothpaste, really squeeze it, not just one little squirt," Cleary wrote. "The paste coiled and swirled and mounded in the washbasin. Ramona decorated the mound with toothpaste roses as if it was a toothpaste birthday cake."

Perhaps it's easy to read that section and think, like Ramona's mother did, what an impetuous and wasteful thing that was for Ramona to do. But I was always struck by Ramona because she pursued visceral joy in a way that many women do not.

She's the kind of person who takes a single bite out of every apple in the house because the first bite always tastes the best; the kind who dances to music at the Whopperburger, regardless of who is around, simply because she's enjoying the evening. Librarian Kathleen Odean once described her as "irrepressible," saying, "She represents the kind of girl who has not been subdued by adults or the world in general."

As an adult, I aspire to be more like her.

I think, especially as women, the world is out to subdue us. Often, it's not just one incident that catalyzes our quietness.

It's being told by your pastor that women should be seen and not heard in church, and having strange men on the street tell you that you'd be prettier if you smiled. It's being interrupted in morning meetings only to have someone reiterate the same point you just made, only louder. It's watching women in positions of power be relentlessly shredded for how they speak, dress and look.

Despite being told to girlboss up and lean in, we're trained to take up less physical and metaphorical space. Ramona, however, would never. She's a force who pushes ahead in life, eager to see what mystery lies ahead. "She was not a slowpoke grownup," Cleary wrote. "She was a girl who could not wait. Life was so interesting that she had to find out what happened next."

Her insatiable curiosity and penchant for mischief — though rarely malice — lands her a spot among the other Patron Saints of Messy Girls: Jo March, Anne Shirley, Harriet the Spy, Junie B. Jones, Ms. Frizzle. While some of the aforementioned characters grow older and must, in some ways, reconcile their youthful enthusiasm with the challenges of adulthood, Ramona never aged past ten (or "zero teen," as she puts it).

In some ways, I want to mentally preserve her there. There, she's never going to be jaded by the way society tries to hush girls like her, nor will she be put in a position for some man to treat her like a manic pixie dream girl whose zest for life exists to cure his doldrums. But when I've returned to the "Ramona" series, several times, as an adult myself, I would occasionally wonder what Ramona would have been like as an adult, especially in college as I was trying to find my own voice after growing up in a conservative religious community.

I had a sense of who Beezus would become as she grew older. Maybe she would have a very slight rebellious phase — we see hints of this in the book as she secretly gets her ears pierced — but I think she'd grow up to appreciate order and calm just as much as she did as a pre-teen. Think of a softer version of Claire (Sian Clifford) from "Fleabag."

Envisioning Ramona as an adult is a little tougher. I have fleeting visions: She hops on the back of a motorcycle just to see what it feels like to zip across town. She walks miles out of her way to stop by the only bakery in town that has good strawberry cupcakes, simply because she wants one. She dumps a glass of wine on a skeevy board member who tries to come onto her at a holiday work party.

All I truly know is that she wouldn't be afraid to be seen and make a scene if she needed.

It feels trite to say that I've considered in real-life situations, "What would Ramona do?" but I have and I think it's made my life better. For that, I'm eternally grateful to Beverly Cleary, who died last week at the age of 104. Cleary created the character who inspires me to this day to grab life by the toothpaste tube, and really squeeze it for all its worth.