From Congressional cowboy hats to codpieces, Netflix show asks, "What do these clothes say about us? 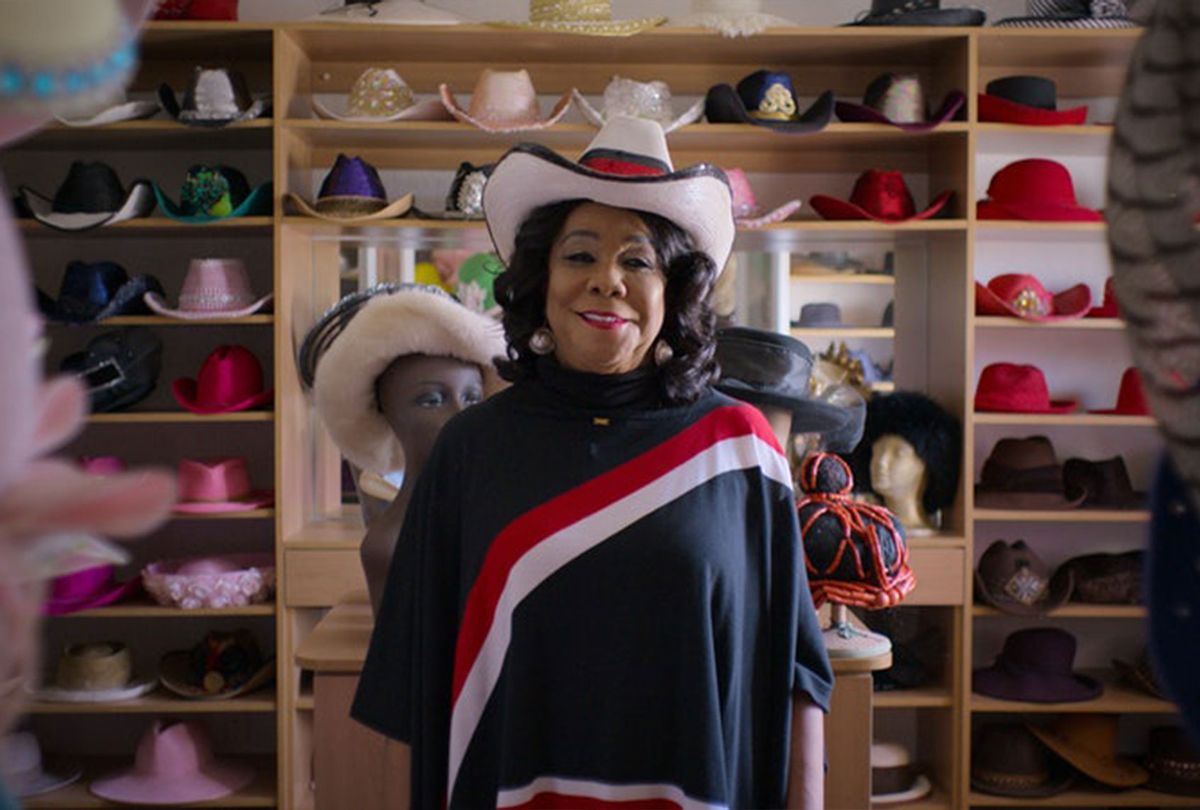 The clothing we have reached for over the last year has likely been pretty different than what we were wearing the year before. During the pandemic, many people began working from home, so their professional wardrobes shifted from what's suitable for the office to what is Zoom meeting-appropriate (lots of above-the-waist accessories). Going out was replaced with nights on the couch, so inevitably sweatpants made a big comeback.

I think that if anyone looked at two laundry baskets, one from 2019 and one from 2020, they could likely recognize that the world shifted in some major ways because what we wear says so much about who we are and what we do. That's one of the main threads that runs through Emily Spivack's "Worn Stories," a new anthology series on Netflix that centers on the clothes that inspire us, the memories they hold, and the unique moments in our lives that celebrate our personalities and bond us together.

It's based on Spivack's book of the same name, which was released in 2014 with the description: "Everyone has a memoir in miniature in at least one piece of clothing." In this series, those clothing items range from a leather codpiece to fuzzy yellow sweater.

"Clothing is one of the most visible ways we communicate who we are to the world," Spivack, who executive produces the series, told Salon in an interview. "Of course we're going to have stories attached to certain items, and I'm excited to tell them."

Spivack spoke with Salon about how Craigslist was a big asset in sourcing these stories, Simon Doonan's "survivor's bewilderment," and why she opted to kick the series off with members of a nudist community.

This is a series about clothing and what it means to the individuals who wear it — what did you think about starting the series with Diane and Paul who are members of a nudist community? What do you think that symbolizes?

Something that I loved overall about the series were the reenactments. There were so many animations and textures used. A favorite was the felted wool characters for Ross' necktie story since it was so tactile. How did you decide which to use for each of the featured stories?

It started with a feeling that we wanted to tell these stories in kind of a fantastical way. We didn't want just talking heads, especially since many of the stories are from the books. We wanted to bring them to life in a different way than they exist in the pages of a book.

We were also very deliberate about choosing styles that felt like they reflected the sensibility of the story. So Ross, there was something very tactile — just feeling the closeness of the family and the kind of interweaving fibers of the self that I felt like we could really bring those together. Whereas with Simon [Doonan], you're able to access archival material of Los Angeles in the '80s and kind of bring that forward. And with Ben Bostic — he was on the "Sully flight" that landed on the Hudson — it was this quite dramatic story and his way of telling it was accentuated through quieter animation.

That leads to a question that I had about the "Survival" episode. So many of the pieces of clothing featured in it had to do with death —  and not just a simple memento of a loved one who had passed. What conclusions did you draw from how people equate clothing and mortality?

Then when those stories are together in an episode, the viewer can see the surprising correlations between them.  So in that episode you have [Barneys Creative Ambassador-at-Large] Simon Doonan, in which he talks about "survivor's bewilderment," which is such a fascinating term. Then there's literal survival with Jeremy and his dog, Savannah, and the down jacket that actually protects him from the elements. Then there's Ben Bostic again, who survived the Sully plane crash and we see the boots that he was wearing, and there's Joe who wears his late son's hoodie.

It's really about the different ways people cope with and think about survival and letting them open up on comment upon that through their clothing.

Speaking of the way people use clothing as a way to express themselves or even understand themselves, I wanted to talk about the B'nai mitzvah, the non-binary rite of passage. What did you learn from this story and others about gender expression and clothing?

For me, clothing has always been a form of creative expression and also just a way to create your own identity. And people interpret who you are through your clothing, whether you like it or not. So there's so much opportunity there to take who you really are and say it to the world through your dress.

In the B'nai story, Spirit was like, "I don't feel like I need to dress as a traditional 'male'  or 'female,' and I'm just going to do what feels what's right to me."

A character from the series that I was really excited to see was Florida Congresswoman Frederica Wilson, whom a lot of people probably will recognize because of her splashy hats. I was curious what you have observed about the intersection between clothing and perceived political power?

I think there have always been connections there. You know, [Frederica] says it so eloquently. She says that our clothing speaks volumes and is like, "Hey, I'm going to wear these hats and it's going to be this thing that really feels like who I am, and it's going to be this thing where you recognize me and then you're going to listen to what I'm saying." What I love is that it's kind of her unintentional uniform, which is why it's in the "Uniform" episode.

It's what she has established as being her uniform as opposed to, say, a Metropolitan  Museum of Art guard, who is supposed to wear a specific outfit. She said, "This is who I am, this is what I feel comfortable wearing and this is also part of my identity."

In terms of thinking about politics, I did a project at MoMA called "An Archive of Everything Worn to MoMA." People would come into the museum and text what they were wearing that day, using words not images. It was held during the time of the Women's March in 2017, so I have a record of a lot of people wearing those pink hats or the rainbow shoelaces or t-shirts with political statements on them, and it was just this incredible way to capture this moment in time through what people were wearing.

You feature so many interesting people in this series, many of whom have surprising clothing items that they treasure — I'm thinking of Matt's jockstrap story, in particular. What was the process of finding sources?

It was very similar, in a way, to finding subjects for the books — which is to say it was a lot of hunting down and talking to people and asking if they had a story. I reached out to people I admired and cultural figures, and I even went on Craigslist.

That was more for the books, but I would post and ask people if they had stories they'd be willing to share with me. So, Matt is one of those people who responded to my Craigslist ad. And what has been so satisfying is how our relationship has developed over the years. He responded to the ad, we spoke on the phone and then I interviewed him. It wound up in the book, then was on a panel that I did and now he's in the show.

His life has just evolved. His story in the book was very much about being a male escort, and that's in the show — but there's also the lens of his relationship with his mother, who had since passed away. That hadn't happened when the book came out and the story evolved from that point.

So, in terms of accessing stories, it's a lot of talking to people. Some people don't have a story or nothing comes to mind immediately, but then there are some people who are like, "Oh my god, I've got that codpiece that Tina Turner gave me." And it's like, "Yes, give me that. There's no question in my mind that that's what I'm going to talk to you about."

I think for many people, COVID has impacted our relationship with our clothing and what we reach for in our closets. What do you think or hope our clothing will say about us post-COVID?

I think that our relationship to our closets has changed. I have a couple takes on it. One is, I hope as we begin to emerge into the world again, and as we feel safe doing so, the things we will put on will be the things that have meaning to us.

What would happen if we looked into our closets and weren't necessarily drawn to something because of the designer or the label, or when it came out and what's on trend — but we reach for it because of who gave it to us, what it means to us, its provenance or where we got it? You know, maybe it was a hand-me-down from a best friend, or your grandmother made it for you. What if we are drawn to our clothes for different reasons than before the pandemic?

I have this sense — especially as I'm starting to see the response to the show — that we're going to come out of this in very vibrant, fun lush clothing and I hope that we are just embracing being out in the world.