The limited series doesn't live up to its cast of characters, which include mobsters, stoners and ex-art thieves 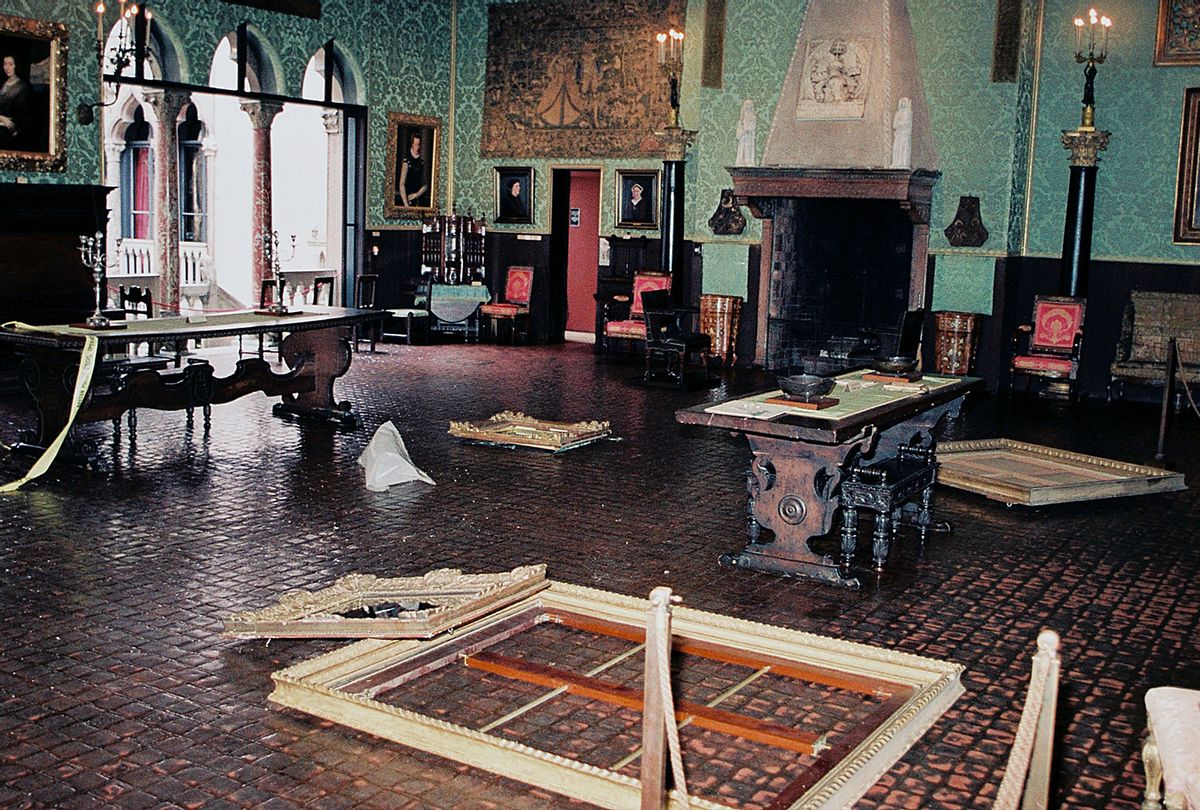 "This Is a Robbery: The World's Biggest Art Heist" is Netflix's new four-part limited docuseries that paints a picture of theft after dark. After midnight on St. Patrick's Day 1990, when two men in police uniforms buzzed the intercom of the Isabella Stewart Gardner Museum, a small Boston art museum that boasted an impressive collection of European art. "Boston Police," they said. "We got a report of a disturbance on the premises."

The overnight guard, Rick Abath — a devoted Deadhead with a penchant for pre-shift "reefer" — immediately let them in without question. A fire alarm had mysteriously triggered earlier in the evening and his partner, Randy Hestand, was walking his route through the museum, so he was alone at the front desk. One of the men in uniform studied Abath, looking him up and down, before asking him to radio Hestand and to stand up.

Abath, again, immediately complied, placing his hands above his head above the wall. He was handcuffed. Hestand walked in and was handcuffed as well. There was a beat of silence before the other uniformed man said: "Gentlemen, this is a robbery."

Over the next 81 minutes, the pair stole a total of 13 works of art and antiquities from the museum, the most notable being "Christ in the Storm on the Sea of Galilee," Rembrandt's only known seascape. While Abath and Hestad were handcuffed and duct taped in the museum basement, the thieves cut most of the paintings out of their frames and left in the middle of the night, passing through waves of St. Paddy's Day revelers in the streets of Boston, completely unnoticed.

It was the largest art heist in the world, totaling about $500 million in stolen works. It also remains unsolved — though, as you can imagine, there are many, many theories.

"This Is a Robbery" is largely dedicated to establishing who could have done this crime, a tricky endeavor since, as one defense attorney puts it, most investigators believe that "Everybody who did the robbery is whacked or died of natural causes or, some might say, unnatural causes."

It's still a gripping premise, though, right? You have eccentric art world personalities and dry FBI investigators colliding. There's major money on the line, bungled crime scenes and potential murders. "This Is a Robbery" occasionally delivers on the promise of its engrossing introduction, but is largely held back by the creators' obvious desire to methodically introduce and dismiss various theories, as well as an unfortunate lack of visual interest (especially for a series centered on art).

In the series' first episode, two prime suspects quickly emerge: Abath, who was 23 years old at the time, and Myles J. Connor, a charismatic convicted art thief who split his time between breaking-and-entering and performing acoustic sets at The Beachcomber Bar. Those leads, however, are dead ends.

It seemed that Abath's only crime was – as former Boston Globe reporter and author Stephen A. Kurkjian said – being "in a psychedelic fog." The Connor theory dissipated when investigators realized that, at the time, he was serving 11 years in prison for another art theft. At that point, it became apparent that, instead of starting with who pulled off the heist, they would need to back up and consider why it had been done; establishing motive might lead to the perpetrators.

In addition to the Rembrandt, there were some unusually esoteric items that were taken as well, like a Chinese gu vessel and a finial off a Napoleonic flag. These weren't big-ticket items and were highly specific, almost as if the thieves were given a "shopping list" from a wealthy, art-obsessed billionaire or Russian oligarch who wanted the art for his personal collection.

Former Scotland Yard investigator Dick Ellis quickly dismissed this notion; art can be tricky to move, even on the black market, and there's always worries of a leak when reward money is on the table. Other theories emerge: the Irish mob sold the work to fund arms for the The Irish Republican Army; the Italian Mafia used the paintings to fund other criminal enterprises or as a "get out of jail free" card for their members; the thieves planned on using the paintings as a kind of "collateral" to purchase kilos of cocaine (this is Connor's personal theory, interestingly enough).

Each of these theories is explored pretty thoroughly, and then dismissed, until a favorite eventually emerges midway through the third episode. The series is incredibly informative; director Colin Barnicle stuffs the episodes with history of the FBI's obsession with organized crime in the 90s, of Boston's cocaine infiltration during the decade, and even of Isabella Stewart Gardner herself.

But it also results in some frustratingly stop-start pacing. Don't get me wrong — I appreciate considerate and subtle true crime, especially after the exploitative disaster that was Netflix's "Crime Scene: The Vanishing at the Cecil Hotel." But the narrative's momentum is interrupted again and again.

This is especially true given the lack of visual interest in "This Is a Robbery." Between some punchy archival tape and re-enactments, the series relies on a rotating selection of B-roll and drone shots of Boston to fill the space between present-day interviews. You could close your eyes during much of the series and the experience wouldn't be wildly different.

It should be noted, however, that the music in "This Is a Robbery" is really spectacular, especially in the true crime sphere where scoring can veer pretty cheesy very quickly. Composer Jason Hill — who has previously scored Netflix's "Mindhunter" and "The Confession Killer" — created a score for the series that seamlessly blends lo-fi beats with string instruments for a suspenseful, but understated, effect.

"This Is a Robbery" is yet another Netflix docuseries project that could have benefited from slashing an episode or two. "Stale" shouldn't be a word used to describe the retelling of the world's largest art heist — especially when you've got a cast of characters composed of mobsters, stoners and ex-art thieves — but the series' lowest points, it undeniably is. However, there are enough narrative highs to make it worth watching.

"This Is a Robbery: The World's Biggest Art Heist" is streaming on Netflix.