The curious history of green beer on St. Patrick's Day 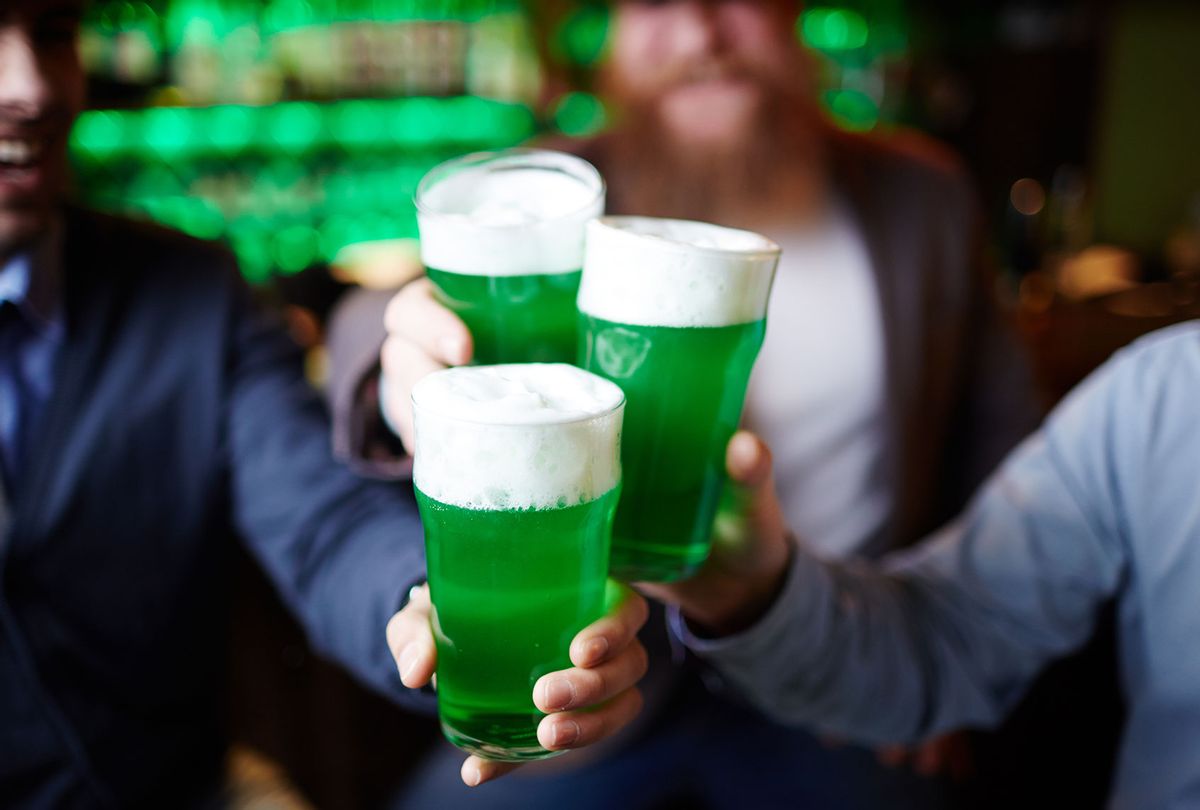 A March 1910 issue of the Spokane Press dedicated a front-page, above-the-fold story to describing the "sacred fluid" that was being served to lines of patriotic Irishmen at a First Avenue bar. "It tastes like beer and looks like paint," the reporter wrote. "Nobody but the bartender knows how it happened, and he won't tell, but all day he has been drawing from one of the regular faucets green beer."

In the U.S. especially, St. Patrick's Day has become a drunken celebration of all things green. Growing up in Chicago, I remember how every March the Chicago River would be dyed with vegetable dye — a tradition that began in 1962 — in preparation for the holiday, as patrons decked in green T-shirts and beads cram into area pubs like Schinnick's and Hinky Dink's.

It's a far cry from the original, more solemn observances of St. Patrick's Day, Ireland's patron saint, which usually involved Irish Catholics attending morning mass and perhaps partaking in a feast later in the day. The Connaught Telegraph once described the Irish holiday by saying, "St. Patrick's Day was very much like any other day, only duller."

But like many modern St. Patrick's Day celebrations — like eating corned beef and cabbage, parades and pub-crawling — green beer is a uniquely Irish-American innovation.

Its popularization is attributed to Dr. Thomas Hayes Curtin, a coroner who was also the toastmaster of a Bronx social club's 1914 St. Paddy's celebration. The Evening Independent, a New York City newspaper, reported on the celebration that year.

"Everything possible was green or decorated with that color and all through the banquet Irish songs were sung and green beer was served," it said. "No, it wasn't a green glass, but real beer in regular colorless glass, but the amber hue was gone from the brew and a deep green was there instead. [. . .] All the doctor would tell inquisitive people was that the effect is brought about by one drop of wash blue in a certain quantity of the beer."

Wash blue, or blueing, is a laundry product with iron powder and just a hint of blue dye. When applied to dulled fabrics, it makes them look "whiter than white" by counteracting any yellowing or graying. When combined with pale ale, the drink takes on a vibrant green hue.

Why green? This stems from Irish nationalists seeking a variety of ways to distinguish themselves from the English, according to Time. During the Great Irish Rebellion of 1641, military commander Owen Roe O'Neill brandished a green flag with a harp to represent the Confederation of Kilkenny, which was trying to put an end to Protestant control of the region.

By the late 18th century, the Society of United Irishmen wore green and white uniforms with hats decorated with green detailing. In 1798, during the Irish Rebellion, the song "The Wearing of the Green" was written. It included the line, "[T]hey are hanging men and women for the wearing of the green"

Some of that context has obviously been lost in Americans' celebration of the holiday. By the 1950s, green beer, which at that point was made by adding green food dye to a pale beer, was a standard part of the American St. Patrick's Day experience, according to Vox. (Modern blue food dye yields more of a turquoise beer.)

It wasn't until 1985, however, that Ireland was introduced to the concoction. As John C. Shelton wrote for the United Press International, that was the first year that the "standard for holiday guzzlers in the United States was shipped to pubs across the Atlantic."

"It's a bit of a gimmick, but it's going down a treat," Tony McMahon, a Dublin pub manager, said at the time. "Everyone is insisting on green beer. It's the 'in thing' this year."

For other festive ways to enjoy St. Patrick's Day, check out: