McDonald's Shamrock Shake is back for St. Patrick's Day, but our easy homemade recipe has booze

A fast-food favorite gets a grownup update: Did you know that the original Shamrock Shake wasn't minty at all? 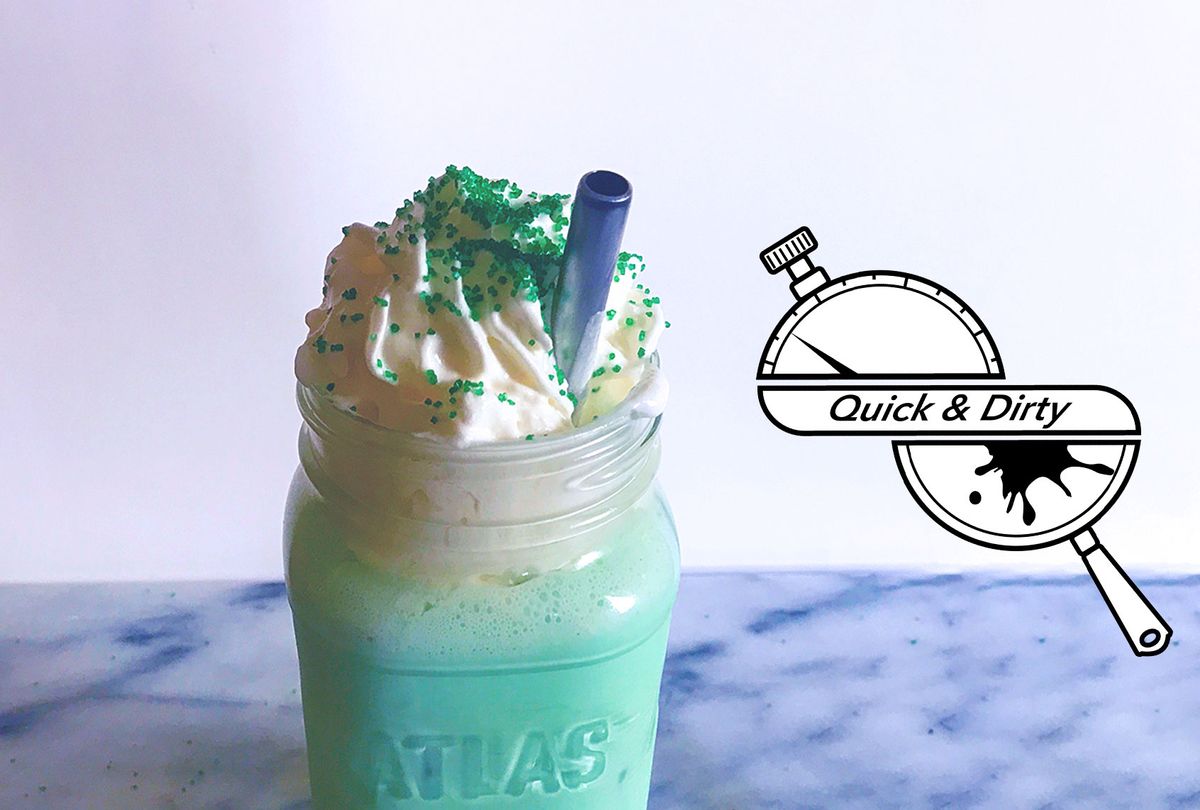 Like countless Irish Americans, I find St. Patrick's Day a real mixed pot o' gold. On the one hand, I'm proud of my heritage and my melancholy, pugilistic people. On the other hand, is there anything about the way the holiday is celebrated in the U.S. that isn't just . . . gross? Even as we mark our second restrained and pandemic-influenced March, the season is still a little too overwrought with green beer, public vomiting, boiled meats and Bono for my liking. Worst of all, though, are the shakes.

Growing up, I had a fraught relationship with McDonald's famed Shamrock Shake. Who doesn't love a once in a while item, like a Peep or a pumpkin spice latte? What sweeter words are there than "limited time only?" In my family, McDonald's was a rare treat, and the Shamrock Shake was the rarest of all. I still have happy memories, as vivid as the green liquid in my plastic cup, of sitting in a McDonald's booth with my cousins, our napkins flecked with French fry grease and our heads throbbing with seasonally induced brain freeze.

After all this time, can I now confess now my dark truth? Mint is disgusting. There. I said it.

RELATED: Elevate this year's casual St. Patrick's Day with a Jameson Mule — all you need are five ingredients

Why anyone would sully an eating experience with flavors associated with tooth brushing remains a lifelong source of bafflement to me. I can grasp the branding leaps of faith that must have been involved in the creation of the famed fast-food treat: What's Irish? Green things! What else is green? Mint! But we don't have to forever shackle ourselves to such arbitrary and (again) disgusting restrictions.

Did you know that the original Shamrock Shake wasn't minty at all? When the "St. Patrick's Day Shake" (as it was first known) was introduced in the '70s, it was more of a lemon-lime sherbet affair. It next enjoyed a decade-long run as a simple vanilla-flavored concoction embellished with green food coloring. The mint was introduced — like many other bad ideas — in the '80s. In other words, it's not canon, and we don't have to be precious about it.

So why not make like St. Patrick and drive the shakes out this year? Why not make something that plucks at your nostalgia chords but actually tastes the way you want it to taste? Maybe that means vanilla extract, or maybe it means coconut ice cream. Maybe it means something slightly different.

My daughter asked me recently if Shamrock Shakes have alcohol, because, as she put it, "I just assume anything Irish does." She had a valid point.  It seemed only right to explore that, so when I made a batch of shakes this week, I spiked mine with a shot of Jameson. I did so confidently, inspired by the example of the wonderful New York bakery Baked and the famed bourbon milkshake recipe from their cookbook.

It's simple to make this recipe vegan: Just swap in your favorite non-dairy ice cream and milk!