At Bombera, Oakland’s Chicano cooking heritage is the future 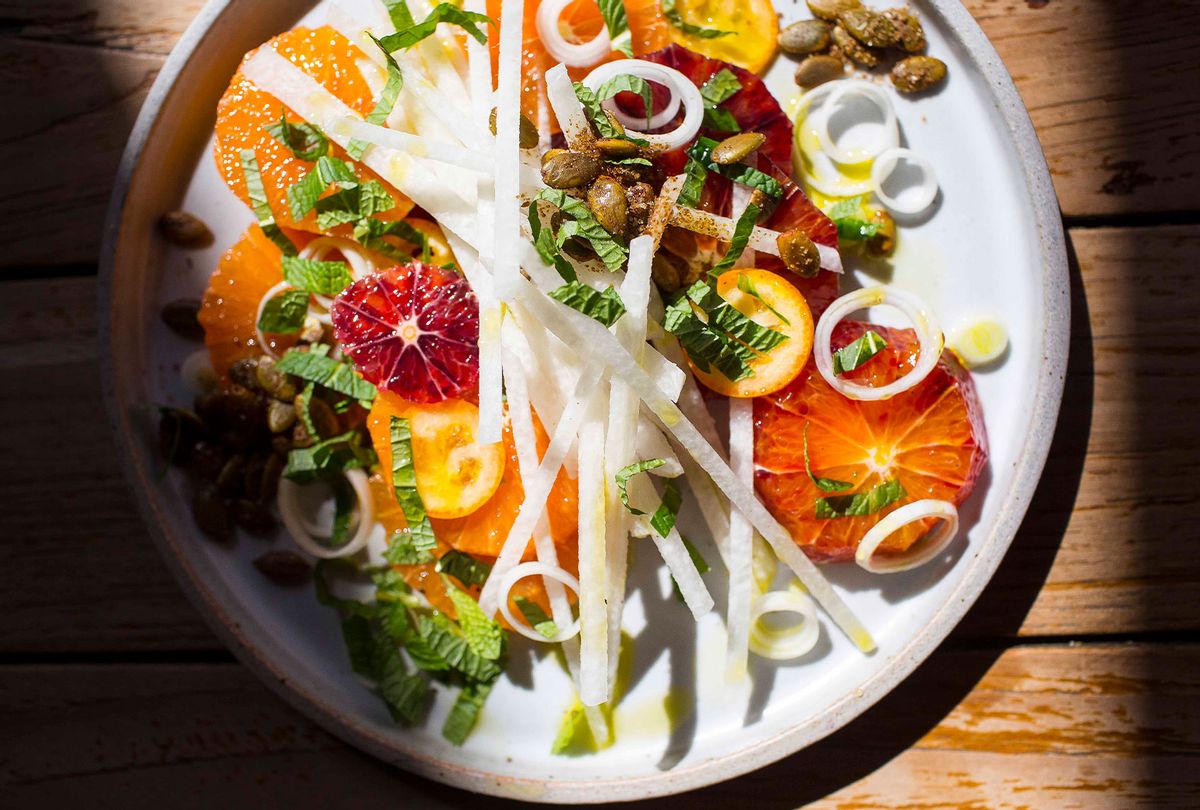 Chef Dominica Rice-Cisneros always knew she wanted to create a new dialogue for Mexican cooking. The Chez Panisse vet and Los Angeles native first set out to do so in 2008, when she opened Cosecha café (meaning "harvest") in Oakland's century-old Swan's Market, as a seasonal homage to the city's deep-rooted Mexican and Indigenous heritage.

"The whole idea from the beginning is like, California cooking and California cuisine is Mexican and Chicano culture," Rice-Cisneros, a second-generation Mexican-American and 2019 James Beard Award semifinalist, said. "We want to bring that back to people's history. Keeping those conversations open and alive brings us a lot of pride."

The storied café closed in late March just shy of its 13th birthday, in part because COVID-19 slowed the once-steady flow of customers through this downtown market to a trickle — wiping out 80% of Cosecha's regular business. But the dialogue surrounding Chicano heritage cooking marches on, as Rice-Cisneros readies her full-service sophomore restaurant, Bombera, opening May 1 in a former fire station in the residential Dimond neighborhood. (The concept has been in development since Rice-Cisneros bought the property in 2017.)

RELATED: Chicano food A to Z: Cookbook author Esteban Castillo on tacos, margaritas and everything in between

A native of Los Angeles, Rice-Cisneros's cooking identity was shaped by strong women. When she moved to San Francisco in 1993, she relished that women chef-owners — of iconic spots like Nancy Oakes' Boulevard and the late Judy Rodgers' Zuni Café — ruled the dining scene, vowing to return with a place of her own. She spent the next 15 years in fine dining, working alongside her mentor Alice Waters at her seminal farm-to-table restaurant, at Daniel and the Four Seasons in New York and for chef Antonio Rivera in Mexico City. Mexico cemented her love of true seasonal cooking. When she returned to Oakland to debut her first solo venture, she knew it had to be casual, the sort of spot you could pop into a few times a week.

"I didn't want it to be too posh, more like the mercado experience when you visit Mexico," Rice-Cisneros, whose family roots are in Chihuahua, said. "When I say that, I'm talking specifically about the women chefs. Back in the day, you could see three generations of women running most of the markets."

These are the same matriarchs you'll find helming the kitchen for every family and neighborhood gathering across Mexican and Mexican-American communities — whipping up vats of complex moles, perfect beans and rice and slow-stewed meats with homemade tortillas as dozens of friends and family descend on the house. They might be farm workers or full-time moms, who amassed their kitchen know-how little by little as they learned alongside their elders — thrilling in the frenzy of feeding a crowd.

"In the Mexican-American community, we have women who are not classically trained chefs, but they work their whole lives inside and outside the home," Rice-Cisneros said. "They're the ones who, when there's a big party for whatever reason, they know how to cook a big pot of rice and not burn it."

Rice-Cisneros prioritized hiring Latina women in their 50s and 60s from underserved Oakland neighborhoods, together with younger staff who could learn from their decades of expertise. She found a long-established molinero to supply Cosecha with corn and designed the space so as to showcase the tortilla-making station, visually elevating their craft. She fought doggedly to change the women's designation to the now-standard Tortilla Masters. Indeed, beyond supplying the restaurant with supple fresh tortillas and hominy, the women mentored apprentices on how to wash, nixtamalize and prepare the most significant ingredient in Mexico and California's shared heritage. Thanks in part to these efforts, she was nominated for Best Chef: West by the James Beard Foundation in 2019.

Leaning on a very Chez Panisse approach to cooking at Cosecha, Rice-Cisneros quickly learned that the simplest dishes became customers' entry points to understanding "cooking a la chicana," she said — flowing rhythmically between Spanish and English, as is her way. No dish encapsulates this better than the market salad, a fixture since the beginning. Zingy citrus dressing envelops jicama, cucumber, toasted pepitas and achiote chicken along with an ever-shifting bounty of fruits reflecting what's at the farmers' market. In late February, that meant crunchy persimmon, tangy kumquat, blood orange and mango, as Rice-Cisneros excitedly awaited the arrival of the first bing cherries. She didn't have to worry about turning customers on to persimmons anymore, she said. She'd long since won them over — just as she had with her herby mole verde.

"Californians like their moles sweet. That's how we grew up in my own family — with black and sweet mole — but I was able to build people's confidence and get them to trust us," she said.

Indeed, these days it's hard to find a Mexican restaurant in the whole East Bay still using tortillas from a bag, thanks in part to Cosecha's decade-plus of spreading the housemade tortilla gospel.

Even as Rice-Cisneros reflected on these successes mere weeks before closing Cosecha for good, she acknowledged her work at Swan's Market wasn't done; she was seeking another Mexican-American family business to take over Cosecha's lease amid the loss of numerous Mexican restaurants since the pandemic hit. (As of early April, the market's ownership was in negotiations with a Mexican-American family introduced to them by Rice-Cisneros.)

"We're now part of Swan's Market's food history, which I'm so proud of," she says. "But I don't want us leaving to be like, that's it. Too many Mexican restaurants have closed on 8th Street. It's important we keep it Chicano."

Linking past and future will factor heavily at Bombera (meaning "firewoman"), too, as the Tortilla Masters continue passing on their expertise to at least two new apprentices joining the team. A few literal links will remain, including the market salad, and Cosecha favorites like Mole Mondays and duck carnitas — which will feature on the opening café menu on Bombera's back patio. (The front patio and onsite event bookings debut July 1, permits pending.)

Bombera is shifting more toward roasted seafood and slow-roasted barbacoa from the wood-fired oven and corn-based street food like sopes and gorditas. A new mesquite grill will allow the team to finally make the carne asada they didn't have permits for at Cosecha. Leftover hardwood ash will also be used to make a cleaner nixtamal.

Moreover, a new next generation will shine in the front of the house. Bombera's maitre'd, a Mexican-American Chez Panisse veteran, is working to get servers comfortable incorporating Spanish words when describing food and into their dialogue. The Chicano sommelier will give a distinctly Oakland perspective to the wines.

"I have a really cool tight-knit crew of colleagues I've known over 10, some over 20 years — they're so excited to be part of this and have put in so much work," Rice-Cisneros said. "This is also an opportunity to shine a light on newer voices. Like how many voices do we have that are Chicano sommeliers? I want people to know their names."