"I want to see the country burn?! You son of a b*tch!" Rivera shouted to Bongino 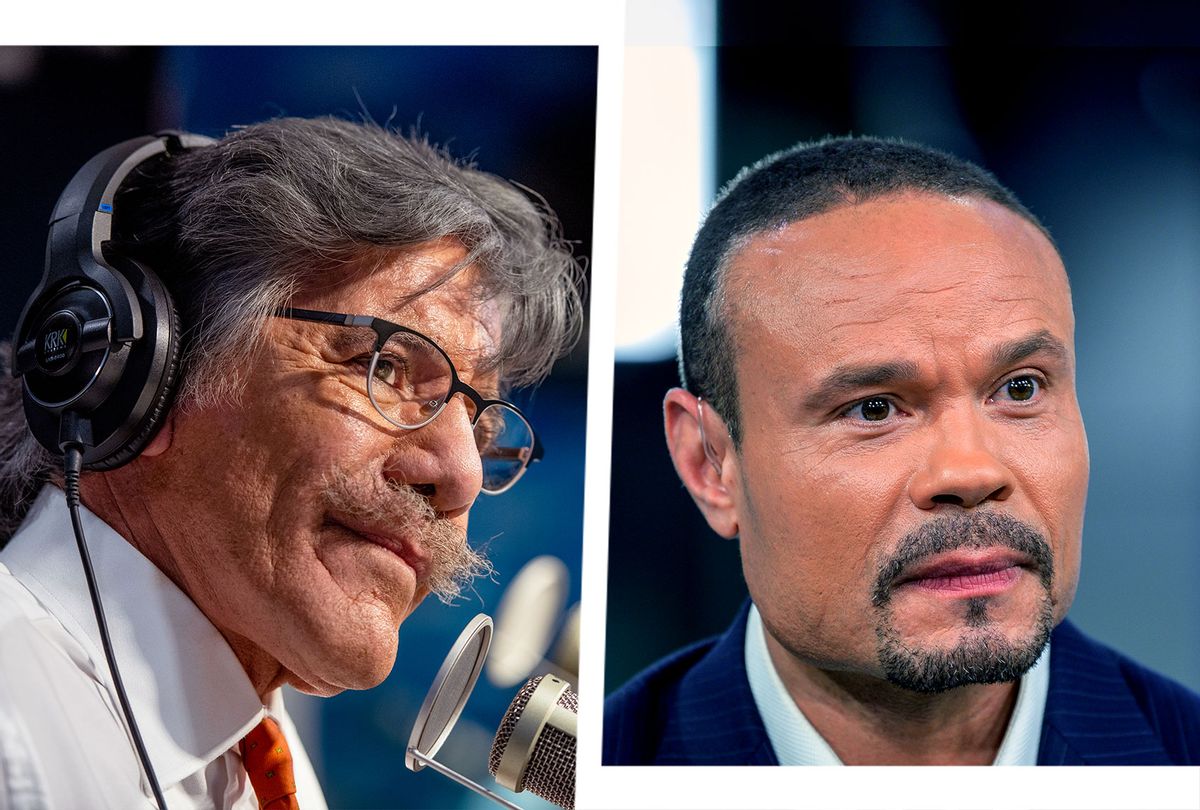 Conservative cable news pundits who were once pals have now turned into bitter foes. That's the story of Fox News' Geraldo Rivera and Dan Bongino.

The two initially faced off on Monday debating policing in America and, more specifically, outrage sparked by the killing of Daunte Wright. On Wednesday night, the duo clashed yet again on Sean Hannity's Fox News program, where it ended with Rivera calling Bongino a "son of a b*tch."

"I have been covering cops for over 50 years. I am perhaps the most deeply experienced reporter in television history," Rivera began the Wenesday segment while addressing a matter from the clash on Monday night, highlighting his experience in covering policing in America for many years, adding that he has "been to too many cop funerals to even think about." "I have done hundreds of stories over thousands of hours with cops. Everything from shoot-outs to executing arrest warrants, to roadblocks to drug raids. You name it, I've been there. I've been to too many cop funerals to even think about. They are horrible!" he added. Rivera would then continue by calling the killing of Daunte Wright "reckless or grossly negligent behavior" while proposing that police officers use a taser as their "first weapon of choice."

But those rather straightforward remarks didn't sit well with the former Secret Service agent. Bongino responded to Rivera, stating, "I don't even know how to respond to that. Give me a second to digest the stupidity of that."

The two then got into it on air, which only became more intense as the 8-minute segment pushed forward. "You're nothing but a name-caller!" Rivera declared. "You're a cheap shot artist!" Bongino, a former police officer before becoming a carpetbagger, then fired back: "You've never worn a badge, period. Not interested in your reporting on it because reporters deal with facts, and you brought the race card into it the other night when we had this debate, despite having no facts to back that up."

The war of words from there only got more intense, with Rivera noting that "Blacks are twice as likely to be shot by cops as whites," which Bongino dismissed. "I know more than you! What do you know?" Rivera continued. "What, did you have a ten-minute career as a cop? You've been running for office for the last 20 years."

Bongino, instead of replying with statistics or facts, instead told Rivera to "take a Valium" and "pipe down." "My gosh, you're a 70-year-old man!" the thrice-failed GOP congressional candidate added.

Bongino: "You just want to see the country burn"

Hannity: "We'll leave it there." pic.twitter.com/iS6YBmaXQw

Minutes later, nearing the end of the segment, Bongnio accused Rivera of perpetrating "a race narrative with no data to back it up at all." To which, Rivera quickly fired back: "You only accept facts that you agree with."

"He's injecting race into the argument because he has nothing else!" Bongino continued. The segment would conclude with fireworks Bongino accused Rivera of desiring to "see the country burn."

You can watch the entire clip below, via YouTube: