Lions, mink, dogs, cats, and now even sea otters can contract the novel coronavirus, it seems 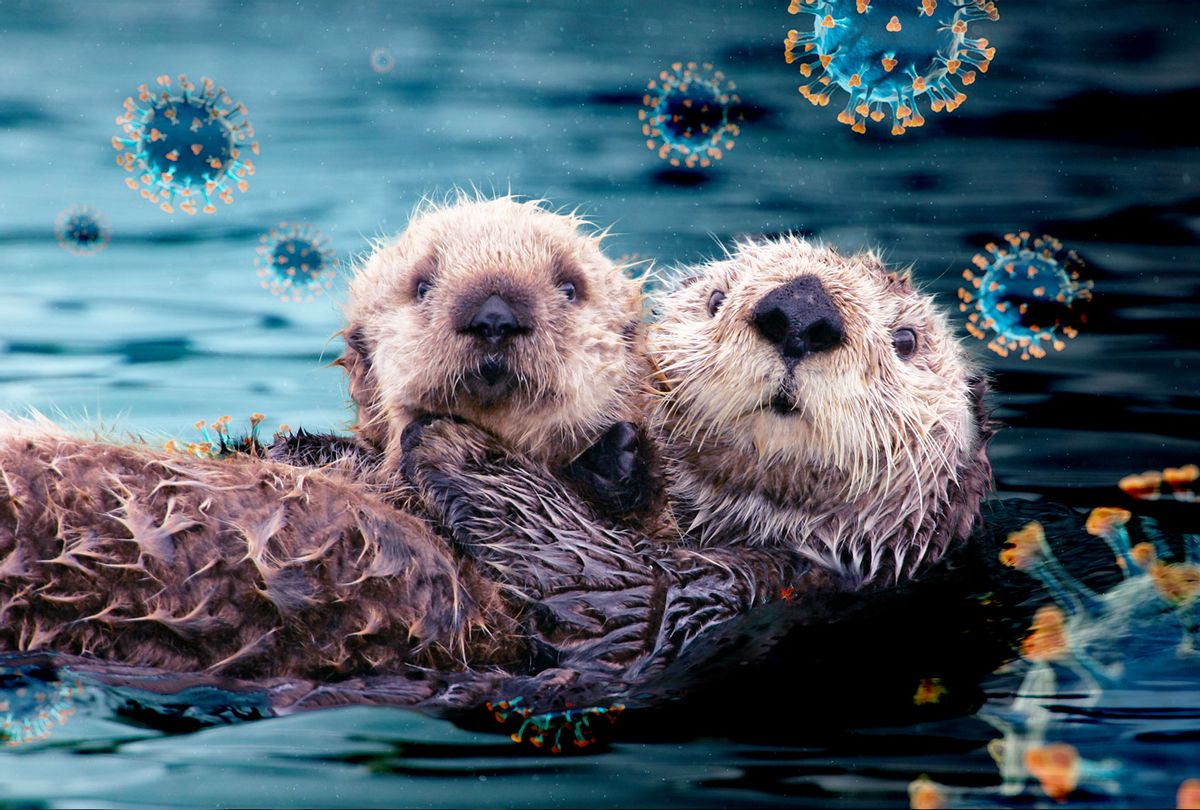 I wouldn't want to meet the person who'd wish harm on an Asian small-clawed otter. The diminutive furry creature, whose body length ranges from over 28 inches to under 38 inches, is indigenous to South Asia and Southeast Asia, has a body covered in fur, limpid black eyes and fuzzy whiskers on either side of its face. It is named for its short claws, which are so tiny that they do not even extend beyond the pads of its webbed hands.

Now, an unknown number of these otters at Georgia Aquarium in Atlanta tested positive for SARS-CoV-2, the virus that causes COVID-19. The finding is another sad discovery in the list of animals that are vulnerable to the novel coronavirus, which is capable of spreading between different mammal species — a property known as zoonosis.

"They began exhibiting mild respiratory symptoms such as sneezing, runny noses, mild lethargy, and some began coughing," the public aquarium posted on its Facebook page. The facility noted that the animals are "doing well and expected to make a full recovery," adding that they are currently not being exhibited to the public. The animals are instead receiving medical treatment behind the scenes.

"Despite following all recommended health and safety protocols, it is suspected the otters may have acquired the infection from an asymptomatic staff member," the aquarium explained. They added that it is very rare for animals to pass SARS-CoV-2 along to humans and, that aside, the Asian small-clawed otters at their institution do not make direct physical contact with guests.

Otters are not the only animals beloved by humans who have been infected by SARS-CoV-2. Mink, which are extremely susceptible to the disease, have been culled by the thousands in order to stave off outbreaks at mink farms. Three snow leopards at a zoo in Louisville tested positive for the coronavirus in December. There have also been some domesticated dogs and cats who have tested positive for infections, with the first dog to be diagnosed with COVID-19 in the United States later dying from the disease.

A study published in August in the Proceedings of the National Academy of Sciences of the United States of America (PNAS) posited a theory as to why certain animals get infected by SARS-CoV-2 and others do not. The researchers found that there is an enzyme called ACE2 which is found in a number of different types of human cells, including in organs we use to breathe (like the lungs, nose and mouth) and in epithelial cells, which exist on the skin and in blood vessels. SARS-CoV-2 infects people by binding itself to 25 amino acids on the ACE2 enzyme.

Klaus-Peter Koepfli, a co-author of the study as well as a senior research scientist at the Smithsonian Conservation Biology Institute and a professor at George Mason University, told Salon at the time that human beings can pass the virus along to animals (hence, most likely, why the otters at the Georgia Aquarium were infected), it was unclear how this could impact pet owners.

"Your household pets are likely to be in your immediate vicinity, of course, at home and socially distanced from other household pets and other homes," Koepfli told Salon. "But again, it's not clear to me exactly whether, if somebody at home gets infected, whether they're likely to pass that infection off to their pet cat, or which is among the species that's likely to be the most at risk."

It is believed that the novel coronavirus originated in bats and pangolins before spreading to humans in late 2019.