When Paddington conquered Citizen Kane, a cinematic throwdown revealing our obsession with ratings

The films are not actually in competition with each other. Why must we always compare beautiful women? 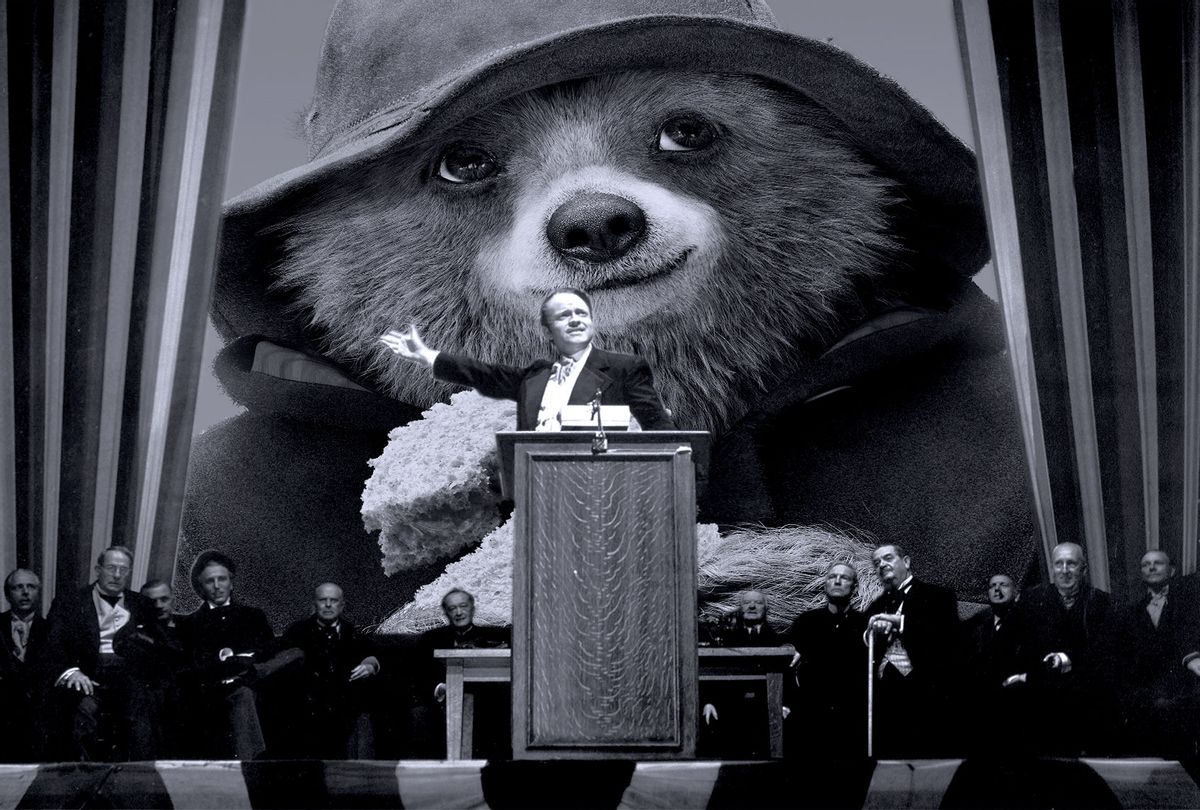 The big news out of Hollywood this week wasn't the weird, underwatched Oscars; it was something even weirder that sounds like the result of a film-themed Mad Libs. Apparently, "Paddington 2" – based on the beloved children's books about an adorable Peruvian, marmalade-loving bear – overtook the 1941 classic "Citizen Kane" as the most highly rated film on review-aggregator site Rotten Tomatoes.

No, this is not the end times. Sure, Orson Welles' film about the life and death of the fictional newspaper magnate Charles Foster Kane, has long been accepted as a masterpiece for its storytelling and technical artistry. Its legacy endures even today; this year's Oscar-nominated film "Mank" explores the development of the film's screenplay.

"Citizen Kane" had proudly maintained a "100% fresh" rating on Rotten Tomatoes for quite some time. As a result, it was quite literally deemed the "best" movie, based on what critics had written. However, according to The Hollywood Reporter, an archival project that seeks out and adds older reviews to classic films was the death knell. One negative Chicago Tribune review from 1941 was exhumed, and this caused "Citizen Kane" to slip from a perfect score into a much more paltry rating of 99%.

This vacuum at the top allowed "Paddington 2" – the well loved "Paddington" sequel fearturing the voice talents of Ben Whishaw and Hugh Grant, among others – to waltz in with its 100% rating and take the crown. The bear has triumphed over the Rosebud guy.

The family-friendly "Paddington" franchise may not seem like the obvious successor for celluloid ascendancy. Though the subject matter is less self-serious (and utilizes 3-D animation), "Paddington" and its sequel found wide commercial and critical success, and are charming examples of children's movies that sought to go beyond the standard fare of relying on licensed yellow pill-shaped characters and fart gags.

Cue the outrage from classic cinephiles, which Paddington stans have gobbled up like so much marmalade. They've created a maelstrom of memes, all of which feature the bear one-upping Kane in some way.

Before this (imaginary) beef causes cinema lovers to turn their ire to our furry friend, more data could provide some insight about what this actually means. Here are a few other movies that currently have a 100% rating on Rotten Tomatoes:

If you notice the common thread among these films – and the many others that are a part of this list – it's that there is none. Ratings on Rotten Tomatoes are either a combination of reviews from critics, or fan-generated scores. Neither numerical figure has the space or depth for recognizing the many nuances between a foundational work of modern cinema like "Citizen Kane" and a surprisingly delightful movie like "Paddington 2" that upped the ante for a slew of lazy children's movies.

What I propose is that we take pause from our ratings-obsessed societies to appreciate both films holistically. The practice of obsessively needing to verify and research the ratings of whichever restaurant, album, or ride share service you want to use can be equal parts useful and draining. Numbers cannot quantify everything, and approaching art with such a binary perspective is a guaranteed way to muddle the experience of enjoying something that caters to our own individual reactions and experiences as consumers of said art.

Is it hilarious that "Paddington 2" has received the credibility to be referred to as the best movie of all time? Yes. Has the legacy or impact of "Citizen Kane" suddenly been scrubbed from the last 80 years of pop culture and media studies based on one percentage point? No.

Would Charles Kane himself find the Andean bear and his antics as charming and heart-warming as the rest of us? I'm willing to bet so. Even the cold-hearted media baron's last words revealed a warm corner of his heart for childhood nostalgia. Besides, who could resist such a polite bear?