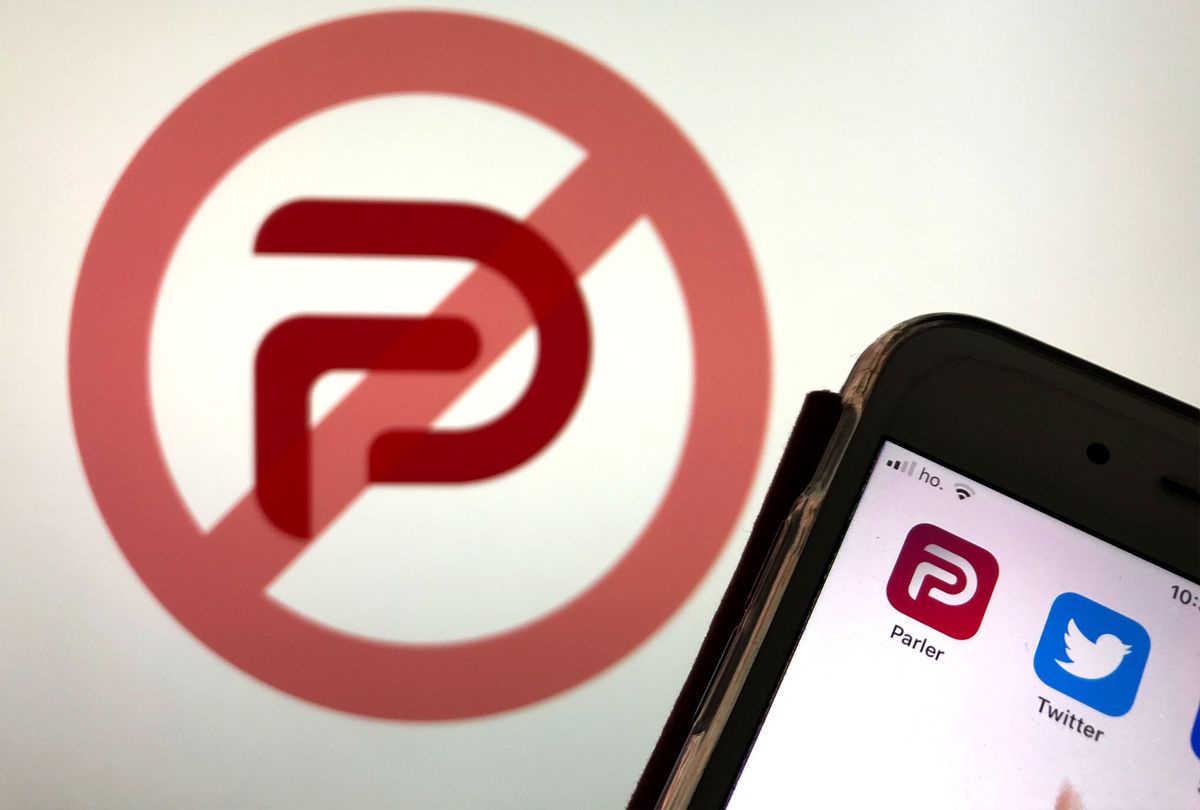 An user trying to open Parler social network App in L'Aquila, Italy, on January 11, 2021. French Social network has been closed. Amazon, Apple and Google have all booted it from their platforms in a span of a little more than 24 hours. (Lorenzo Di Cola/NurPhoto via Getty Images)
--

The alternative right-wing social media site Parler — which was used by a number of Jan. 6th insurrectionists to coordinate their attack on the U.S. Capitol — has now been offline for three days, sparking frustration among many in conservative circles.

The platform claimed early Wednesday morning in a notice posted to Twitter, "Parler is currently inaccessible while we're working on enhancements to the core system. In the long run, this will heighten the platform's stability and user experience. We should be back online by 7 am PST."

Yet, Wednesday passed, then Thursday, and as of Friday afternoon the social media site remains offline. "The team is hard at work, tidying up and bringing you some cool changes. Take a break - we'll see you in a few hours," another note on their homepage currently reads. 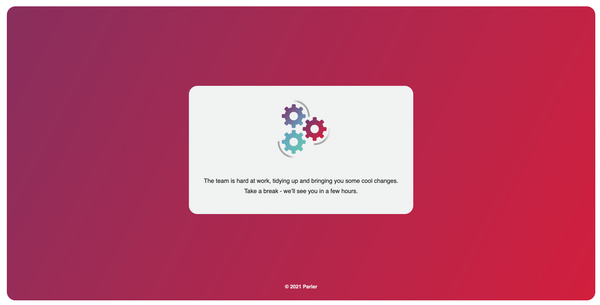 A Parler representative didn't return a request for comment.

The news didn't sit well with many prominent right-wing pundits, who have pitched the platform as a conservative-friendly alternative to social media giants Twitter and Facebook, which continue to uphold a ban on former President Donald Trump.

Fox News contributor and self-proclaimed Parler "investor," Dan Bongino said during his Thursday podcast that he has no idea why Parler is offline after he spent months hyping the site. "Parler them. But what, Parler's been down. Don't ask me why — again, haven't been involved in forever," Bongino said.

Trump's loyal supporters are also furious over the news that Parler remains down — a common occurrence that often lasts for extended periods of time.

"Is anyone else having a hard time getting into their Parler account? Haven't been able to post in 4 days," anti-Muslim activist and internet provocateur Laura Loomer asked on Telegram, an encrypted messaging service that has become increasingly popular among a group of far-right fringe characters after many were booted from Twitter and Facebook.

That question prompted other Telegram users to declare that they, too, have given up on Parler.

"Yep, sick of Parler's inability to get their sh*t together!" one user wrote on Telegram.

"Yes, I gave up on Parler. Just haven't deleted my account yet," another wrote.

This isn't a new phenomenon for the floundering right-wing platform — Parler went down during the middle of April, with the blackout lasting for at least two days.

After the Jan. 6th Capitol attack, Amazon's web hosting platform, Amazon Web Services, booted Parler from their platform. This resulted in a multi-week outage for the site, one that appears to be still impacting the site's ability to stay online. "Recently, we've seen a steady increase in this violent content on your website, all of which violates our terms," an AWS Trust and Safety team member informed Parler in an email obtained by Buzzfeed in January. "It's clear that Parler does not have an effective process to comply with the AWS terms of service."

When not dealing with technical difficulties, the company has also been plagued by personal infighting.

At the end of March, Parler co-founder John Matze sued two of his platform's backers, Jeffrey Wernick and Rebekah Mercer, over the duo's alleged "hijacking" of the company by stripping his ownership stake. Adding to the drama, Matze claimed in the suit that Bongino might have been hoodwinked by Mercer into promoting the company — despite the fact that he allegedly doesn't own any Parler shares in his own name. Bongino denies the allegation.