Rhubarb has a sour, almost lemony bite. It can be served raw in salads and incorporated into other savory dishes 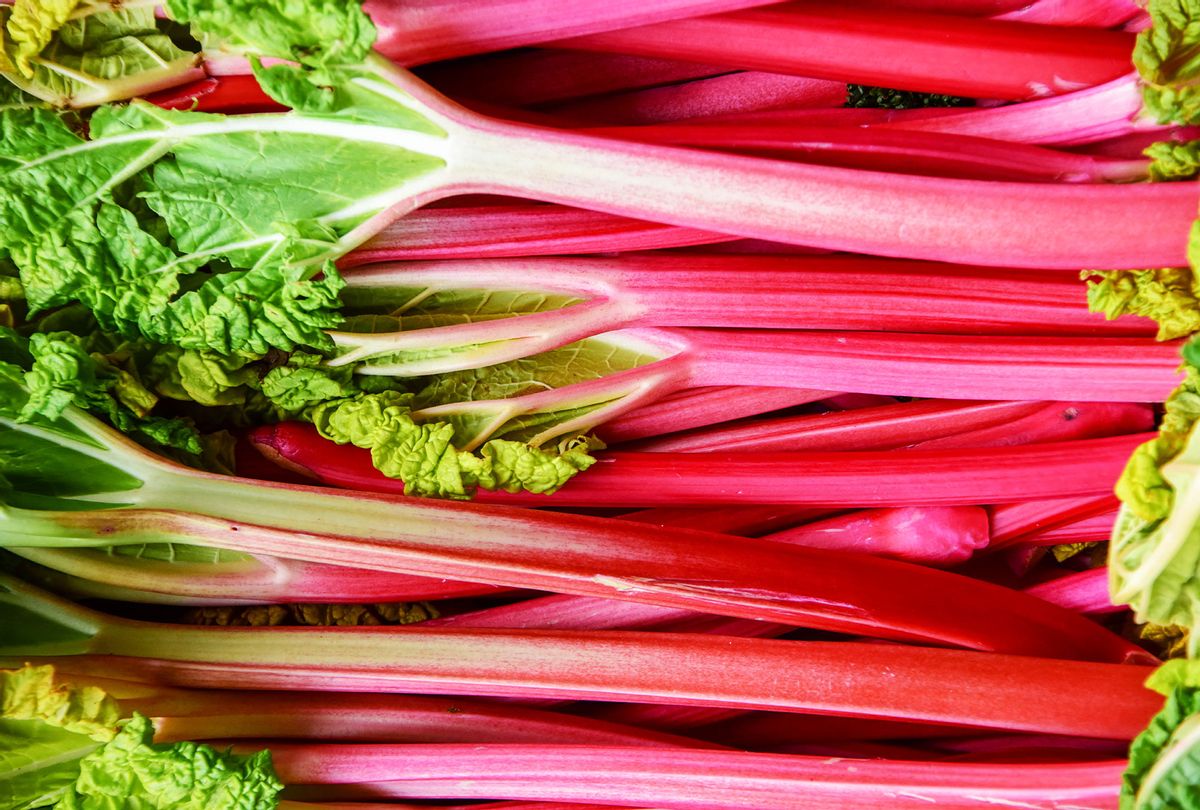 As soon as spring hits, rhubarb starts popping up on bakery menus and in CSA boxes all over the country. The reddish, almost celery-like stalks are most often boiled down into jams or pie fillings, frequently alongside strawberries. But according to Celine Beitchman, the Institute of Culinary Education's director of nutrition, rhubarb is more versatile than you might think — you just need to know how to prepare it.

Here's what you need to know about picking out the best rhubarb at the supermarket, what parts are inedible and how to use it in savory dishes.

Is rhubarb a fruit or a vegetable?

How do I pick the freshest rhubarb from the grocery store?

Look for firm stalks that resemble good quality celery, according to Beitchman.

"You're looking for the same weight, same sort of body, same weight," she said. "The color will be lightly brown or red or a combination of those colors together."

She also said to avoid stalks that have any visible bruising, and if the leaves are attached, they'll give a sign of the rhubarb's quality. If they are dried out or bruised, that's a sign that the whole vegetable may not be super fresh.

How do you clean rhubarb?

Run the stalks under cold water. If there's any lingering dirt, gently clean it with a produce brush, then pat dry with a kitchen towel.

Can I eat it raw?

While the leaves are a good indicator of the health of the rhubarb, they are poisonous and should not be eaten. Go ahead and cut those off before you start cooking with it. However, the stalk of the rhubarb is totally edible raw.

"We can chop it up or shave it, and then combine it into something like a nice bean salad," Beitchman said. "It's going to give you that crunch, and it's going to have a sour, lemony bite. It's not going to oxidize, so it's going to stay really pretty."

How long can I store fresh rhubarb?

According to Beitchman, fresh rhubarb can last for up to a month in your refrigerator — as long as its kept intact and in the crisper drawer.

"Though I might wrap it in like damp paper towels and take a look at it every couple days to make sure it's not bruising in any fashion," she added.

How do you prepare rhubarb for cooking?

Rhubarb doesn't require a ton of preparation before eating it raw or cooking with it. Chop off and discard the leaves — again, these are poisonous and should not be eaten. Occasionally, farm-fresh rhubarb will have some coarse strings on its outer layer. These are visible and can be removed with a vegetable or potato peeler.

What flavors pair well with rhubarb?

Rhubarb is typically paired with sweet flavors and fruits, which is one of the reasons that rhubarb cobblers and pies and jars of rhubarb-strawberry jam abound arrive every spring. However, Beitchman says she would encourage home cooks to consider incorporating some of the brightness of rhubarb in savory dishes, as well, like a quick chutney.

"Combine it with some spices, mustard seeds, yellow raisins, chili peppers, ginger and stewed tomatoes and give that a go," she recommends.