From blood orange chips to salsa, think beyond "dessert" when it comes to using this gorgeous seasonal citrus 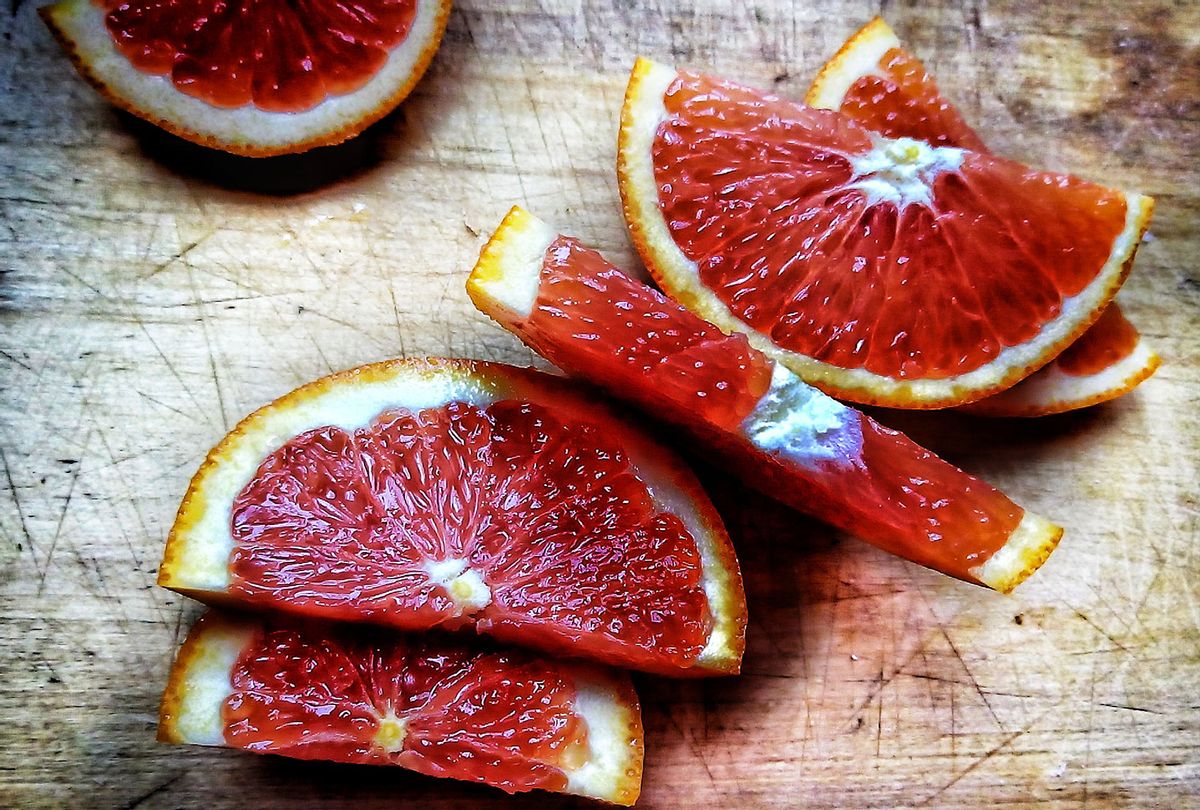 In the dead of winter, when the days start to mesh together into a kind of cool gray haze, I find personal solace in the knowledge that it's also blood orange season, which runs from December through April. On the outside, many blood oranges look similar to their navel and Valencia counterparts, but a quick cut down the center reveals a flesh that's dark red and luscious.

Blood oranges have less seeds and pith than other supermarket oranges, and in addition to that typical hit of citric acid and bitterness, they also have sweet berry notes. Because of their lightly sugary aftertaste, blood oranges are often utilized in winter desserts. hey have a starring role on the cover of Claire Saffitz's "Dessert Person," for example.

But blood oranges are incredibly versatile, according to Adrienne Cheatham, a chef at the Institute of Culinary Education. And while they're in season, Cheatham encourages us to explore the spectrum of flavors and textures that can be coaxed from this singular fruit. Here are three of her favorite ways to serve blood oranges:

According to Cheatham, the blood orange's anthocyanins — the pigments that give red, purple and blue plants their rich coloring — are water soluble, which means that they can lose some of their vibrancy when cooked.  "They're so beautiful raw," Cheatham said. "And they have almost a raspberry or strawberry flavor, so you don't need to manipulate it that much."

One way to showcase fresh blood orange is in a blood orange salsa, which can be served with vegetables or over a flaky white fish. Saveur has a simple, standard recipe, which augments the flavor of the citrus with avocados, red onion, jalapenos, fresh lime juice, cilantro and salt.

"I'd pair it with something that's 'meaty' enough to stand up in flavor, but still mild," she said. "So something like a Mahi Mahi."

"They are so nice to use in marmalade, because you get a little bit more of those kind of juicy fruity-berry flavors," Cheatham said.

As the chef mentioned, blood orange can lose their vibrant ruby-red color when under heat, so I'd recommend you check out Bon Appetit's blood orange marmalade recipe, which incorporates Aperol for a splash of welcome bitterness and bright red color.

At that point, you can use it anywhere you'd use a typical orange marmalade: on a thick hunk of hearty toast slathered with ricotta and garnished with mint; swirled in a bourbon cocktail in place of simple syrup; or as the center of some buttery thumbprint cookies.

"Another fun way I like to use them is to make chips," Cheatham said.

She recommends slicing blood oranges very thinly using a mandolin, and then spreading the slices in a single layer on a non-stick baking sheet. Bake them at 200 degrees, rotating your baking sheet every two hours, until the chips are shrunken and dry. The process takes about four to six hours.

"This way, you actually get to retain the color," Cheatham said. "When I have a bunch of citrus that I know is going to go bad before I can eat it, I'll make chips out of them and then either just eat them that way or use them as cocktail garnish."

The benefit of the chip method is that it can help you keep blood oranges for a little bit past citrus season. If the chips are placed in an airtight container, they can be kept for up to a month, helping you eek out a little more use out of what is essentially edible sunshine until spring actually returns.